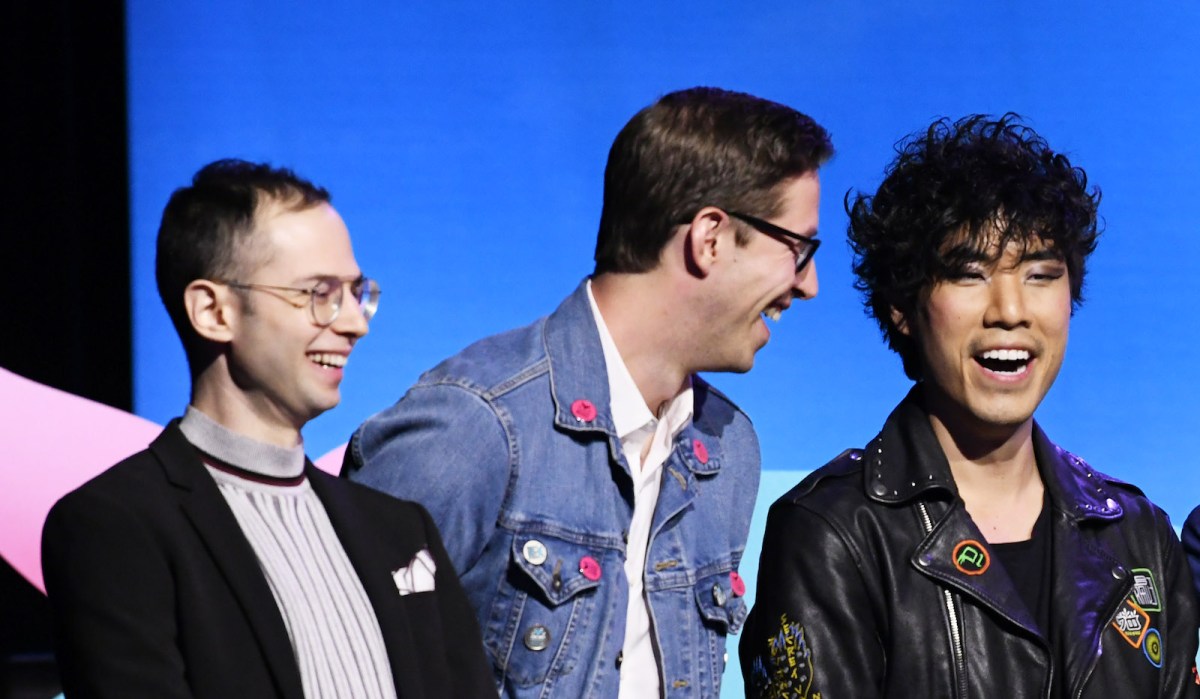 The Try Guys have been in the news in the past few months for all the wrong reasons, but they’re trying to put the whole Ned Fulmer cheating scandal behind them and move on to better things.

Case in point: the Guys announced a live finale of their incredibly popular YouTube show “Without a Recipe” using multi-cams and with help from “global interactive video technology company, Kiswe.”

The Guys will make Churros for the live episode, but there are going to be five episodes leading up to it, which include “pop tarts, hamburgers, tacos, boba, and illusion cakes.” Audiences watching at home will be able to “choose between a director’s cut or can focus on their favorite Try Guy as they compete in the challenge. During the live finale, fans will be able to vote on the winner!”

The livestream will cost $19.99 for a standard viewing experience and up to $49.99 for a VIP package that comes with a T-shirt. The three remaining Try Guys, Keith Habersberger, Zach Kornfeld, and Eugene Lee Yang also recently spoke with The Hollywood Reporter about the endeavor and the group’s future.

They said they’re “doing well” after the whole debacle (which was even parodied by SNL) and that they’re focused on what’s ahead.

“We’re excited about what we are making, what we have our sites on for the future. Look — it was a destabilizing few months, but we found our footing and are working on cool things and happy.”

While they’re down a member, they said it’s not necessarily about the number of Try Guys and more about the content.

“Maybe it’s less specific to just the three of us. At the heart of it, our show is about people experiencing things they have never experienced before. [It’s about] having an open mind and having a fun time doing it, and being OK to fail at it. I think as long as that ethos and message goes on through our content, the Try Guys being Keith, Zach and Eugene is less important than the Try Guys being a cast of people that helps other people learn about other people.”

Habersberger said they “didn’t really ever anticipate” the level of fame they have now and that when the SNL thing happened never believed they were “important enough to be ridiculed that way.” Now they just hope the negative attention is coming to an end.

As for the livestream, the trio promised something huge.

“We’re doing something very broadcast television [caliber] on our own, and it’s really exciting.”

“We want it to not feel like content. Content online is something that passes through you. You watch it, you forget it. It’s fun, it’s fine. We’ve made content for a long time out of necessity. But as we look forward to the future, I think it’s time to really focus in on what we do best and what makes us happiest — just making these high-tier shows.”

The Try Guys: Without A Recipe LIVE! airs Dec. 17 at 7pm. Tickets are available here.