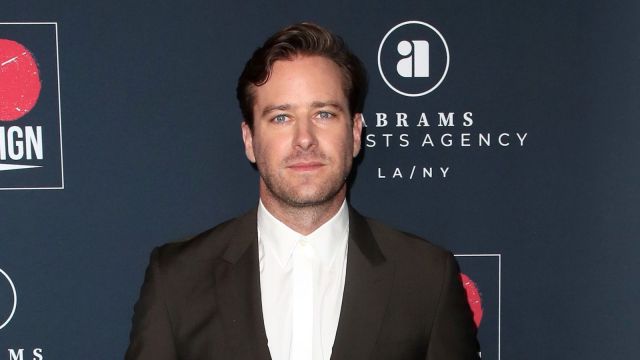 Discovery released a trailer today for its upcoming docuseries House of Hammer, which looks into abuse allegations against the disgraced actor Armie Hammer and speaks with some of his alleged victims.

The documentary features texts Hammer allegedly sent to women that detail his fetishes and cannibalism-related fantasies. The women claim the treatment was abusive, but Hammer has repeatedly denied the allegations through his lawyers.

The trailer features two women detailing their experiences with the actor on camera and sharing messages and voice memos. One of the alleged messages talks about tying someone up in a public place, leaving them vulnerable to sexual assault.

“I have a fantasy about having someone prove their love and devotion and tying them up in a public place at night and making their body free use,” one text said.

Another voice message allegedly from Hammer is equally as disturbing.

“My bet was going to involve showing up at your place and completely tying you up and incapacitating you and being able to do whatever I wanted to every single hole in your body until I was done with you.”

Take a look at the trailer below:

The documentary was produced with the blessing of the actor’s aunt Casey, who is the oil baron Armand Hammer’s granddaughter.

“I’m about to reveal the dark, twisted secrets of the Hammer family,” Casey said in the trailer.

Hammer’s career took a dive around the time of the pandemic when the alleged messages surfaced. One woman accused him of rape, and police subsequently opened an investigation. Hammer, through his lawyer Andrew Brettler, claims all encounters were consensual, according to Variety.

“From day one, Mr. Hammer has maintained that all of his interactions have been completely consensual, discussed and agreed upon in advance, and mutually participatory,” the lawyer said.

Hammer, once an in-demand actor in Hollywood, was dropped by his agency and lost a number of high-profile projects in the fallout. He was seen selling timeshares in the Cayman Islands but appears to be back in Los Angeles with his family now.

Discovery released a statement about the film, saying the accusations are just a small part of a larger investigation that promises to reveal “sinister secrets,” according to Jason Sarlanis, president of crime and investigative content, linear and streaming at Discovery Plus.

“The accusations of rape and abuse brought against Armie Hammer in the last few years are just the tip of the iceberg when it comes to the Hammer family. With House of Hammer, we witness truly disturbing details and sinister secrets that money and power couldn’t hide forever. This documentary provides an important platform for the incredibly courageous women who came forward to share their stories, and we hope their courage inspires others to continue meaningful conversations around abuse in our society.”

House of Hammer premieres Sept. 2 on Discovery Plus.