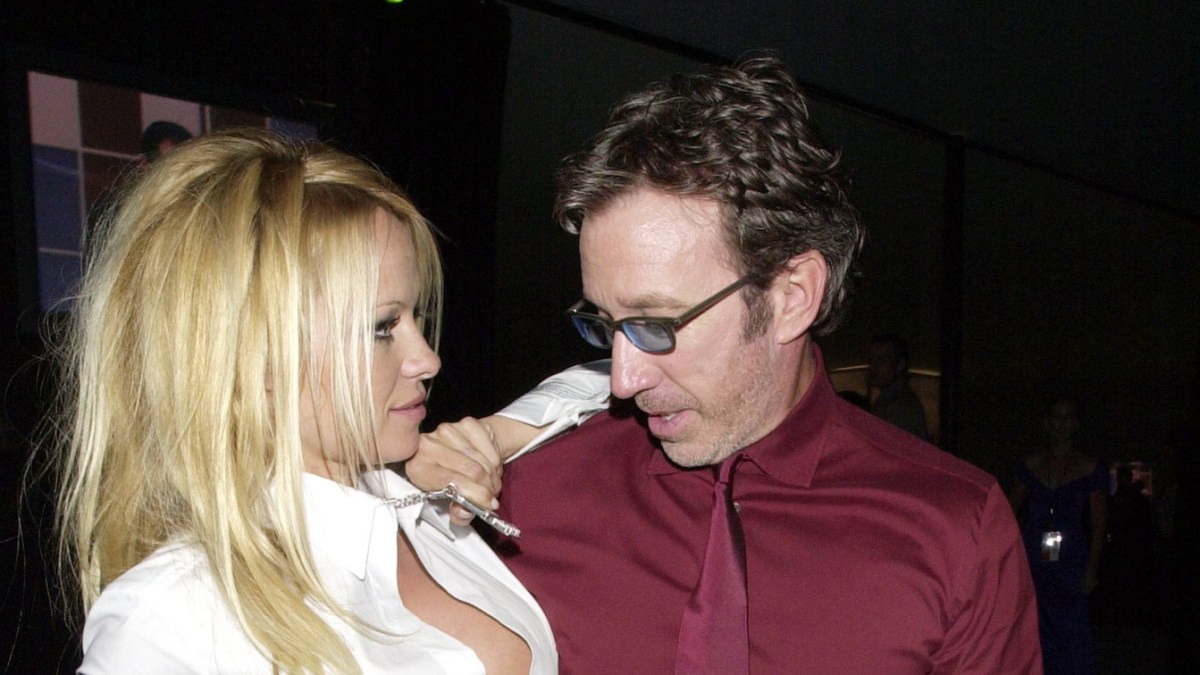 Pamela Anderson recently revealed that on her first day on the set of the hit 90’s sitcom Home Improvement, the star of the show, Tim Allen, had flashed her. Yesterday, Allen denied the allegation, but today a video has resurfaced that appears to show Allen flashing another co-star. However, there are multiple reasons why the video may not be exactly what people think.

Variety reports that in her upcoming memoir, Love, Pamela, Anderson writes, “On the first day of filming, I walked out of my dressing room, and Tim was in the hallway in his robe. He opened his robe and flashed me quickly, completely naked underneath. He said it was only fair, because he had seen me naked. Now we’re even. I laughed uncomfortably.”

Anderson’s claim that Allen said he saw her naked is likely a reference to her having posed nude for Playboy prior to landing the Home Improvement gig.

Yesterday, Newsweek reached out to Tim Allen for a comment about the incident and, when asked if it’s true, he responded “No, it never happened. I would never do such a thing.”

After Tim Allen’s denial, some fans accused Anderson of lying, while others came to her defense.

Meanwhile, Vanity Fair spoke to Pamela Anderson, who added, “This true story is just one of many surreal and uncomfortable situations I learned to navigate. I have no ill will toward Tim but, like the rest, it should never have happened.”

Today, TMZ reported that Tim Allen once flashed his Home Improvement co-star, Patricia Richardson on set, and shows the blooper clip of it happening. In the video, Allen lifts up his kilt to the surprise of Richardson, who laughs. However, the video doesn’t specifically show what’s under the Tool Man’s kilt, and Richardson told TMZ, “He was well-dressed under there. I was just shocked that he lifted the kilt, not by a man in boxer shorts.”

It’s also worth noting that the incident took place in front of the audience, who laughed along, and it seems unlikely that Allen would flash the entire audience without the incident making news at the time it happened, which was a couple decades ago.

Allen also clearly raises his kilt after Richardson seemed to go off script by commenting on the kilt by saying, “I just wish it was shorter.” Allen responds by laughing hysterically with the audience, and that’s when he lifts his kilt it up entirely.

The moment seems completely spontaneous, and Allen would likely not be filming a scene in a kilt in front of an audience with nothing else on underneath. Richardson confirming that he was well-dressed underneath the kilt will likely not stop many people from claiming this proves Pamela Anderson’s allegation. Of course, it doesn’t. However, it certainly doesn’t disprove her allegation either.

It can almost be assured that it will be her word against his unless another clip resurfaces which, because it didn’t happen while filming, is highly unlikely.