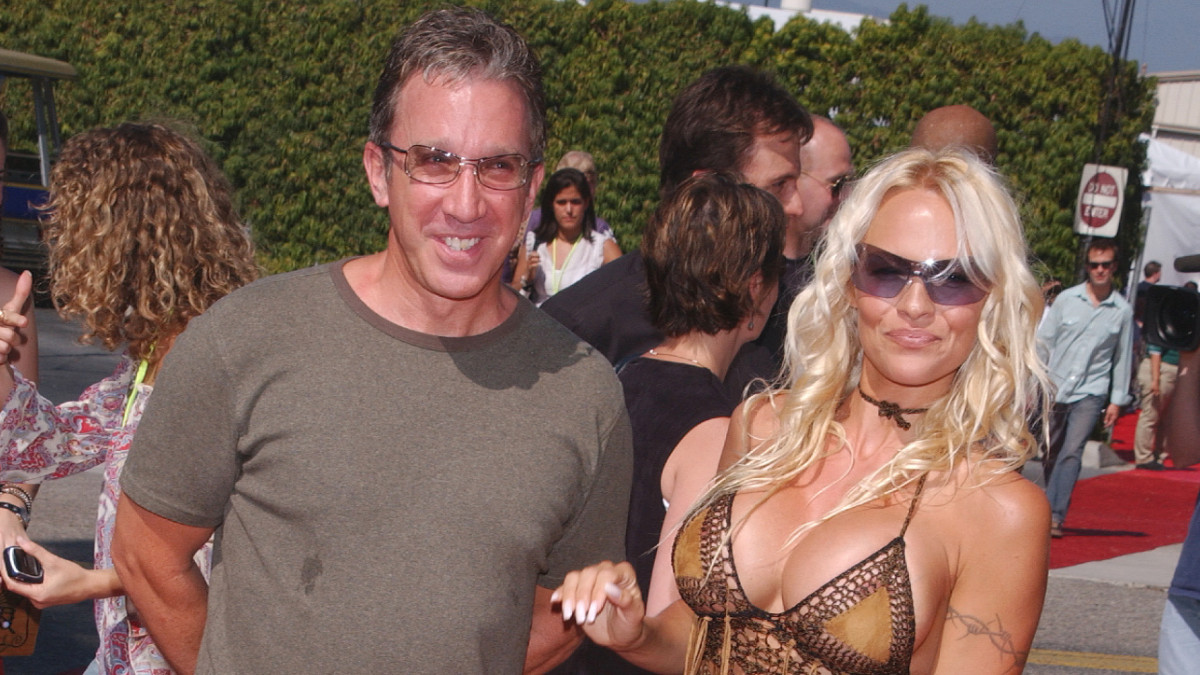 Love Pamela, the forthcoming HarperCollins memoir by Pamela Anderson, which finally gives the former Baywatch babe the opportunity to tell her own story, promises to be full of juicy bombshells that many of the subjects in her book would probably prefer to stay secret. And the first casualty is Anderson’s former boss Tim Allen, whom she claims flashed her on the set of the ABC sitcom Home Improvement.

But after some initial backlash, the 55-year-old model has doubled down on her claims. And suffice it to say, it seems as though fans have her back.

“On the first day of filming, I walked out of my dressing room, and Tim was in the hallway in his robe,” Anderson writes in her memoir, in a snippet published by Variety on Monday. “He opened his robe and flashed me quickly — completely naked underneath. He said it was only fair, because he had seen me naked. Now we’re even. I laughed uncomfortably.”

However, after Allen vehemently denied the allegations, Anderson doubled down in an exclusive statement to Vanity Fair:

“This true story is just one of many surreal and uncomfortable situations I learned to navigate,” Anderson writes. “My book goes into how it made me feel over the course of my life and, in this case, my career. I have no ill will toward Tim. But like the rest, it should never have happened.”

By Tuesday, the court of public opinion had likewise turned to Anderson’s favor, as many wondered what the motivation would be to lie. After all, it’s not like her memoir will be lacking in sales either way.

In response to trolls who suggested that Anderson’s sex tape with Tommy Lee (which, for what it’s worth, was not leaked until a few years after the alleged Home Improvement incident occurred) somehow made it OK for her boss to flash her, allies jumped in with explainers on the concept of consent.

Others, on the other hand, reminded us all that Tim Allen is also not the most reliable narrator we’re talking about here.

There was likewise no love lost for the biggest losers here, which are the inexplicable Tim Allen stans.

Love, Pamela: Her New Memoir, Taking Control of Her Own Narrative for the First Time hits shelves on Jan. 31, 2023. May no ’90s celeb stay safe.