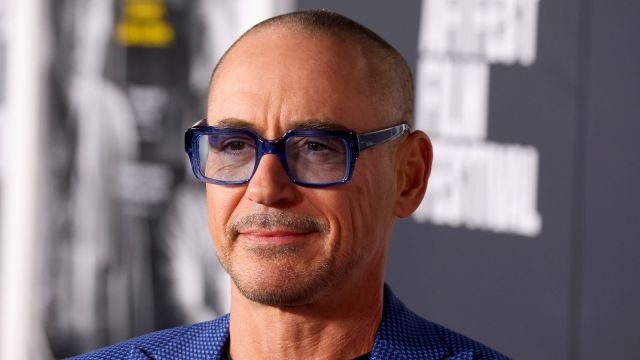 Robert Downey Jr. has stunned fans with a new look channeling his version of Obadiah Stane. That’s right, appearing at the Governor’s Ball with his wife Susan Downey, the Iron Man star and the former central figure of the Marvel Cinematic Universe was rocking a bald head. Honestly, he has joined the likes of Bruce Willis in terms of being able to pull off the look, but why did the actor suddenly make the decision to let his scalp be seen by the world? Let’s take a look at what we know about the beautiful bald head of Robert Downey Jr.

Do not worry about Robert Downey Jr. because as far as we can tell he is not going through anything serious – midlife crisis or serious illness included. His luscious locks did not just fall off his head and we have the proof. He fulfilled the wish of every child by letting his own children shave his head, turning him into the bald man we see now. And we know this because he shared a video of the event on Instagram back in October. But why did the actor get his children to shave his head? For a role, of course. That’s right, Robert Downey Jr. will be appearing with a bald head in an upcoming project. The project is called The Sympathizer and it is a television mini-series that is currently in production.

Robert Downey Jr. is no stranger to television series, especially ones in production for HBO. He is also producing this series like he produced the reboot of Perry Mason which starred Matthew Rhys as the titular lawyer. The Sympathizer is based on a novel of the same name by Viet Thanh Nguyen, a thriller about a half-French, half-Vietnamese communist spy who is exiled to the United States. Park Chan-wook — known for Oldboy and Decision to Leave — will serve as one of the showrunners on the project which also stars Hoa Xuande, Nguyen Khan, Sandra Oh, Toan Le, Vy Le, and Alan Trong. The Sympathizer is a joint production between A24 and HBO, and we do not know much about Robert Downey Jr.’s role in the series, other than that he shaved his head for the role, and that he will seemingly play multiple characters.

You have to admit, everyone was excited to see what the Marvel star had up his sleeve after his character’s death in Avengers: Endgame, but seeing the actor shave his head was probably far down the list. There is no current release date for The Sympathizer but seeing as it is currently filming, the series might release on HBO in 2023 or 2024.