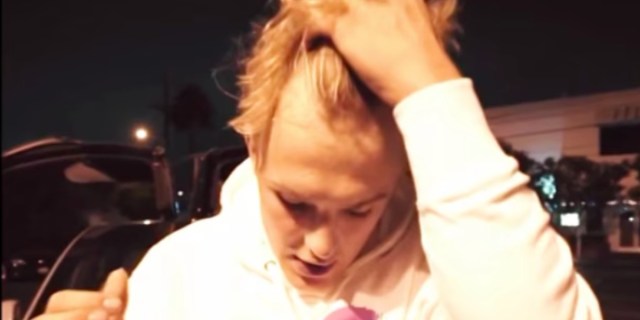 As a result of his sustaining success in the arena of professional boxing, evident in the knocking out of Ben Askren in the very first round and securing four consecutive wins, as well as his past as an influencer, Jake Paul’s ascension to the spotlight for over a decade means that fans rush to know every little detail of his life.

With over a million followers on social media and many millions in his bank account, the influencer-turned-boxer has garnered popular attention for all the wrong reasons, including his unapologetic trash-talking Tyron Woodley to his downright insensitivity in calling COVID-19 a “hoax”.

He was also caught trespassing and illegally assembling during the protests against the murder of George Floyd, and was accused of sexual assault by Justine Paradise, an accusation he vehemently denies by placing the blame on Paradise for making these allegations in search of a hefty payout.

Apart from his torrid personal life replete with various debaucheries, it seems that the reckless boxer has also garnered attention for changing bodily features. In this respect, his receding hairline is one subject that continues to receive extensive media coverage.

What is the matter with his hairline?

Every celebrity is confronted with snowballing challenges, and the youngest of the Paul brothers has not been not immune. Assumptions about the Paul brothers’ receding hairlines have been made. One hawk-eyed Redditor noticed a prominent change in Jake’s hairline and immediately took a snapshot of him running his hand through his hair.

The snap shows how the wavy and curly blonde hair camouflages the front area of the skull and on pushing the hair backward, balding in the front part of the hairline is visible. The snapshot, taken from footage filmed in 2018 still has people wagging their tongues about the star’s burgeoning balding process. This incident has sparked reactions amongst fans, as they are used to a certain specific kind of hairstyle from Paul.

The marked difference has also fuelled the discussions about his previous hairstyle called a fade. It refers to a type of haircut where the hair on the side is either shaved off or kept short, while the hair in other areas is longer. The style was renowned in the 40s and the 50s amongst military members and made a comeback in the 90s.

It seems like Paul’s uniqueness besides his laudable achievement as a boxer is also his ability to rock a mid to high fade. The stark reactions of the fans are common and understandable in this respect. However, it does not seem that the pronounced physical transformation has earned any positive or sensible reactions as reflected in a majority of tweets on the subject.

It can only be hoped that not unlike the Paul Brothers, the fans move on from this unavoidable yet noticeable feature.