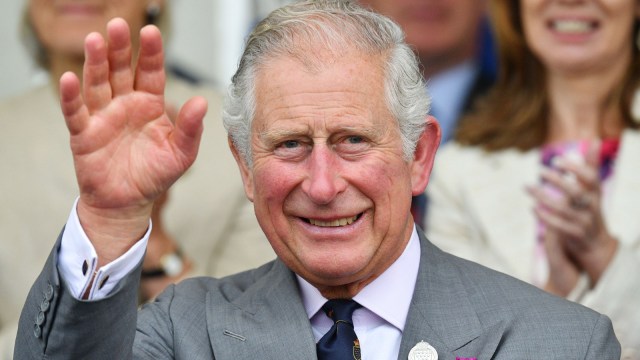 King Charles III is proving to be the living embodiment of “attracting attention for all the wrong reasons” as the recently established monarch of the United Kingdom is the lively topic of many speculations because of his — as the Internet says and we quote — “sausage fingers.”

The former Prince of Wales has never managed to bag the unanimous support of his subjects and wasn’t exactly a hot favorite as the next in line to ascend the throne after Queen Elizabeth II. Apparently, his bad luck has persisted. Even now, when he has finally become King Charles, his ascending the throne barely managed to grab the headlines before other things snagged the spotlight — like him planning to demote or worse, straight up fire at least 100 employees of his former residence, Clarence House.

The understandable outrage over the decision has now been directed to another aspect of the King’s life — to openly debate and troll his peculiar fingers. The Internet is rife with comments and memes, often depicting sausages, meant to mock the royal family member.

This is not the first time when the appearance of King Charles’ swollen digits has become the hot topic of memes everywhere — though it has certainly gained significant tempo since he shed his title as the Prince of Wales. His fingers have been the topic of debates and have been made fun of for years.

Instead of being offended, he took it in stride. As revealed in the biography Charles, The Man Who Will Be King by Howard Hodgson, he even jokingly used the term in a letter he penned to a friend after Prince William took birth to share how his son has “sausage fingers just like mine.”

Last year, it once triggered major speculation when a picture of him during an event in South London had fans paying extra attention to his visibly swollen hands.

But no matter how many jokes are made at the King’s expense, the cause behind the concern-worthy appearance of Charles’ fingers remains a mystery.

Given the chatter around all the whats and whys about Charles’ red and swollen hands, Dr. Gareth Nye — senior lecturer at the University of Chester — has come forward with plausible explanations in a chat with the Daily Star.

Dr. Nye acknowledged that there are many conditions out there that can cause bloating in parts of the body. But in King Charles’ case, who is the oldest person to become monarch in the United Kingdom as he ascended to the throne at the age of 73, the reason could be oedema, arthritis, or fluid retention.

“Oedema is a condition where the body starts to retain fluids in the limbs, normally the legs and ankles but also in the fingers, which causes them to swell. Oedema is a common condition and mostly affects people over the age of 65 as the ability for fluid control is restricted.”

Dr. Nye explained that if oedema is the root cause here, there is one way to know for sure — by “pressing the swollen area for about 15 seconds” as it would cause a “depression in the area.”

Arthritis could also possibly be the culprit behind the constant swelling in Charles’ fingers as it is known to prominently affect those who have crossed their 60s. In this case, either the thumb joint and/or any of the finger joints are majorly affected which leads to fingers becoming “stiff, painful and swollen and although medication can help with the pain, the swelling can remain.”

Another less common, but equally plausible reason could be the King’s diet — which could be high in salt — his blood pressure, or steroid medication. Though the chances of them causing swelling are rare, it is still on the cards.

Amid the continued speculations about Charles’ fingers, an underlying heart disease giving them their bloated appearance has been a growing concern. But in his calculated diagnosis of the King’s health — though it is purely based on how he looks during his public appearances — Dr. Nye has assured that nothing life-threatening ails the current monarch.

“There aren’t any immediate health concerns to be concluded from swollen fingers and is most likely a sign of his age.”

It is very much possible that one of the above diagnoses could be what is ailing the king. But the bottom line remains that while the world continues speculating, King Charles III continues carrying out his duties with perfect ease and so far, neither his age nor his fingers have been seen hindering the same.