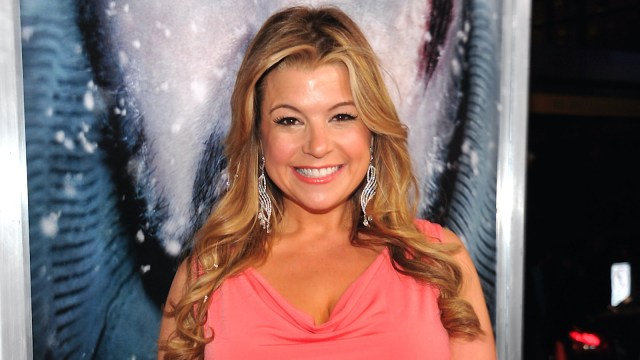 There is more than enough drama in the Real Housewives franchise to fill an encyclopedia’s worth of content. In that encyclopedia you’ll find outbursts, accusations, gossip, fights, and unforgettably ludicrous moments that have made the franchise the popular reality TV hit that it is.

Now, if you’ll flip to the beginning of the encyclopedia, all the way to season two of The Real Housewives of Beverly Hills, under “unforgettable moments”, you’ll find “Dana Wilkey’s $25,000 sunglasses.”

Of course, this so-called encyclopedia doesn’t actually exist, but if it did, Wilkey’s appearance on season two of The Real Housewives of Beverly Hills would’ve earned her prime real estate within its pages.

In 2011, Wilkey appeared as a friend of full-time cast member Taylor Armstrong, showing up in only a handful of episodes. But her unapologetic candor and ostentatious parading of wealth made her infamous for years to come.

Even a decade later, people still bring up her $25,000 sunglasses, especially since she recently accused The Real Housewives of Beverly Hills resident, Dorit Kemsley, of sleeping with Kyle Richards husband. And while that drama is piping hot enough as it is, anytime Wilkey’s name is brought up, the spotlight immediately swivels back to her iconic appearance in season two and the equally iconic sunglasses she so lavishly showed off.

During a party at Kyle Richards’ house in season two, Wilkey found every opportunity possible to tell people how expensive her gold python, four-carat diamond sunglasses were, eliciting eye rolls and scoffs from viewers and housewives alike. Parading wealth and name-dropping brands was viewed in a much different light back then. It wasn’t like Diana Jenkins and Sutton Stracke from the newer seasons, who tout the luxurious lives of private jets, expensive name brands, and an aversion to shopping at clothing stores due to “allergies.”

No, back then, Wilkey’s eagerness to talk about her money earned her the label of “ostentatious” and “pretentious,” which she herself agrees was not too far off the mark. On her YouTube channel Dana Wilkey DecaDish Gossip she said, “I wasn’t really that ostentatious. I was definitely a snob at that time,” but clarified that she’s “not anymore.”

In reality, Wilkey says the reason she brought up the cost of her sunglasses so much was because she’d be told to do so by the producers of the show. She said they instructed her to make sure she told “everyone how much they cost and you show them off as you go through the party.”

The glasses, she says, were purchased from Luxuriator in Beverly Hills, in case you were looking for a pair. She admits that one of the reasons she loves gossip so much is because she appreciates an abundance of information, such as how much something costs and where to buy it, like her sunglasses. It was never in the spirit of showing off, she says. She was just “trying to help people find out what I was wearing in case they really wanted to get it.”