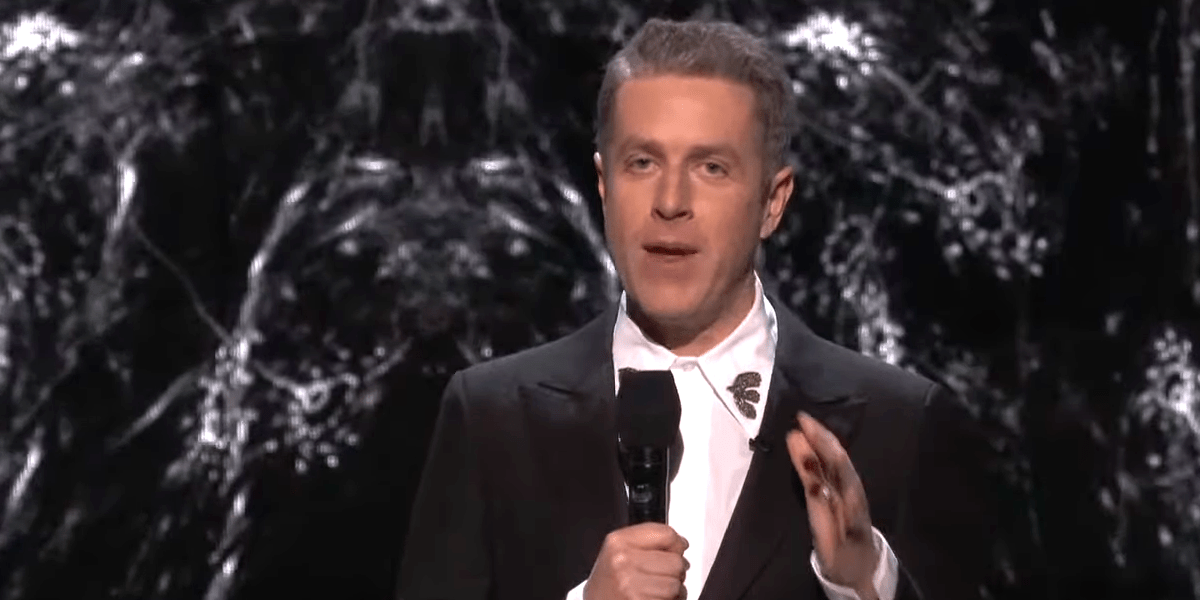 Photo via The Game Awards

All eyes were on Geoff Keighley as he hosted another edition of The Game Awards last Thursday, where Elden Ring unsurprisingly won Game of the Year. Despite an unscripted on-stage interruption, Keighley kept his cool and ended the show as planned.

But Keighley is used to pressure. Both of his parents were high in the movie industry, and the young Keighley regularly attended the Oscars. He would often find himself wondering: “Why don’t games have something that people care about that much… What’s the Oscar equivalent for gaming?”

Through family connections, he then landed a job writing nomination blurbs for Cybermania 94 – the first televised game awards. What promised to be a watershed event turned into a disaster, with Entertainment Weekly describing it as “the most surreal bit of TV of the year.” Host Leslie Nielsen appeared lost, and a lackluster performance from jazz pianist Herbie Hancock could not save it. And that was before a horribly mistimed plate-spinning act came on.

Rise to the top

Rising above this failure, Keighley immersed himself in gaming journalism, penning well-written reviews of top games like Unreal and Tomb Raider. Through this time, the young entrepreneur built up a formidable list of contacts in the gaming world. He was even at Valve Studios reporting on the smash hit Half-Life before its 1998 release. Studio head Gabe Newell trusted the young man so much that he gave him a free pass to interview anyone at any time.

Canadian-born Keighley realized he could make a TV career out of his journalism and moved back to his home country to host the gaming news show The Electric Playground. But it was not until 2005 that he landed his first huge television gig at Spike TV. GameTrailers TV With Geoff Keighley ran for nine years and culminated in Keighley presenting a gaming award show with Community star Joel McHale, “who appeared to do his best to try and sink the entire event,” Forbes wrote back in 2013.

Keighley has sure come a long way since then. His own creation, The Game Awards, began in 2014 and is now the go-to event, with all triple-A studios coveting the prized Game of the Year award.

Away from his hosting duties, Keighley has appeared in Death Stranding as a holographic character. He has also had cameo roles in Disney’s Muppets Haunted Mansion and The Matrix: Resurrections.

Keighley always has one eye on the future of the industry and he is certain that things are “only going to get bigger,” as he recently told The Ringer. Whatever happens, he is sure to be a major part of it.