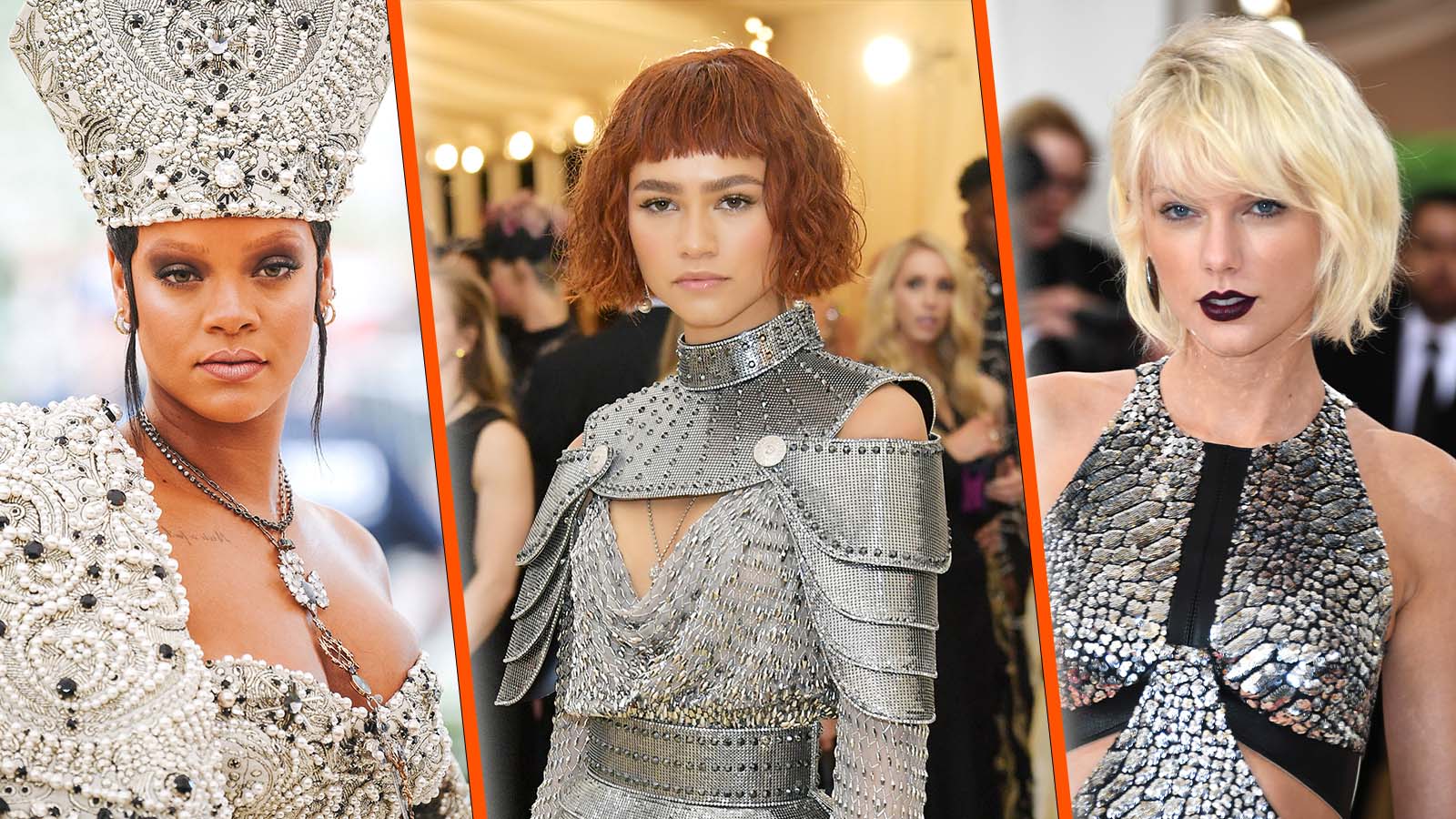 If it feels like you just saw pictures of last year’s Met Gala in the news, it’s because you did. While the Met Gala is typically held on the first Monday in May of every year, last year’s event saw serious delays due to the COVID-19 pandemic, thus pushing the gala back four months to Sept. 2021. However, now that regulations have loosened, the event is back to its regularly scheduled programming.

This year, the Met Gala will take place on May 2, 2022, with the theme “In America: An Anthology of Fashion” piggybacking on last year’s theme, “In America: A Lexicon of Fashion.” However, it’s the dress code that truly has us excited. “Gilded Glamour” and white tie is the name of the game this year, and we don’t know about you, but we’re already predicting some big, out-there looks.

Just as important as what people will wear is who will be there to wear it. As Tina Fey famously pointed out to David Letterman on his show in 2015 (henceforth earning herself the title of banned), you’d be hard-pressed to find someone who’s not an A-lister at the Met Gala. Well, actually, Fey called it a jerk parade, but we digress. Rumors have been circulating for quite some time about who will be there and who won’t, so without further ado, let’s break down what we know about who you can and cannot expect to see at this year’s 2022 Met Gala.

Who will be at the Met Gala this year?

Official guest lists are typically held under lock and key, and we usually don’t find out who’s attending until the day of the event. That being said, sometimes things do get leaked. Such a leak (although not an entirely unreliable one at that) came from Deuxmoi, the celebrity gossip Instagram account. The account posted a list of supposedly invited celebrities on its story, and while invites don’t necessarily translate to attendance, it does give us an idea of who might be coming.

Kicking off the list of names we can expect to see at the Met Gala is Blake Lively and her husband, Deadpool — ah, we mean Ryan Reynolds — because they will be hosting the event alongside Regina King and Lin-Manuel Miranda. Of course, because we all know Taylor Swift and Lively are close friends, it’s theorized that Swift might finally make an appearance as well, a first since 2016.

Katy Perry told Page Six that she will be at the Gala this year, although not sporting her famous outfits of years past, i.e. a cheeseburger or a chandelier, saying she’s “going to play a different card,” which we can only assume means she’ll trade camp for glamor, thus sticking to the theme.

Also confirmed to attend is Megan Thee Stallion in a Moschino design, although the rap superstar didn’t elaborate on what the Moschino design will be, per Page Six. Also rumored to attend this year are several key members of the Euphoria cast, including Maude Apatow, Hunter Schafer, Barbie Ferreira, Maude Apatow, Alexa Demie, and Angus Cloud. Keeping with the theme of potential appearances is Bella Hadid, who is no stranger to fashion’s biggest night, as she’s attended every year since 2015. Hadid was seen spending time around the Mark Hotel in New York, a heavily foot-trafficked stomping ground for those getting fitted for the gala, so the assumption remains that she will be in appearance again this year.

The leaked list posted by Deuxmoi also included other names like Harry Styles, Camila Cabello, Haliee Steinfeld, Kristen Stewart, Kim Kardashian, Pete Davidson, Billie Eilish, and Timothee Chalamet, which provides a very exciting lineup if it ends up being accurate. Among those names were also the names of this year’s hosts, Lively, Reynolds, King, and Miranda, so even if the list isn’t confirmed, it’s on the right track.

Who won’t be at the Met Gala this year?

If you scoured the names above only to realize you didn’t see Zendaya’s, we’re sorry to break the news that Zendaya has confirmed she will not be attending the Met Gala this year. (That’s it everyone, pack your bags, it’s time to call it a night). All joking aside, Zendaya will be sorely missed, as she’s provided much levity and beauty to the evening in years past.

Similarly, it’s very unlikely that Rihanna will show up this year, as the singer and business mogul has her hands full with her pregnancy and it’s very close to her due date. Of course, this has neither been confirmed nor denied, so we’ll just have to wait and see if she shows.

Dua Lipa is also not expected to attend the Gala due to the fact that she has a concert in London that very night. Of course there’s the conversation of jet planes and outfit changes, but given that Lipa was not at last year’s event, it seems unlikely that she’ll rush to be at this year’s. The same goes for Olivia Rodridgo, who doesn’t necessarily have a concert that same night but does have one two days beforehand and then another the day after, which begs the question of whether or not the singer wants to add even more to her already-full plate.

If you’re a Demi Lovato fan and would love nothing more than to see her in an over-the-top outfit, don’t hold your breath — the singer revealed to Billboard that she “had a terrible experience. This one celebrity was a complete bi*** and was miserable to be around. It was very cliquey. I remember being so uncomfortable that I wanted to drink.” Lovato told Billboard that she immediately texted her manager and went to an AA meeting that same day. Obviously, Lovato’s sobriety is way more important than the Gala, so if the “Sorry Not Sorry” singer has to choose between one or the other, we’re happy to see her stay at home.

Be on the lookout for more updates from We Got This Covered, as this year’s Met Gala is sure to be one for the books.