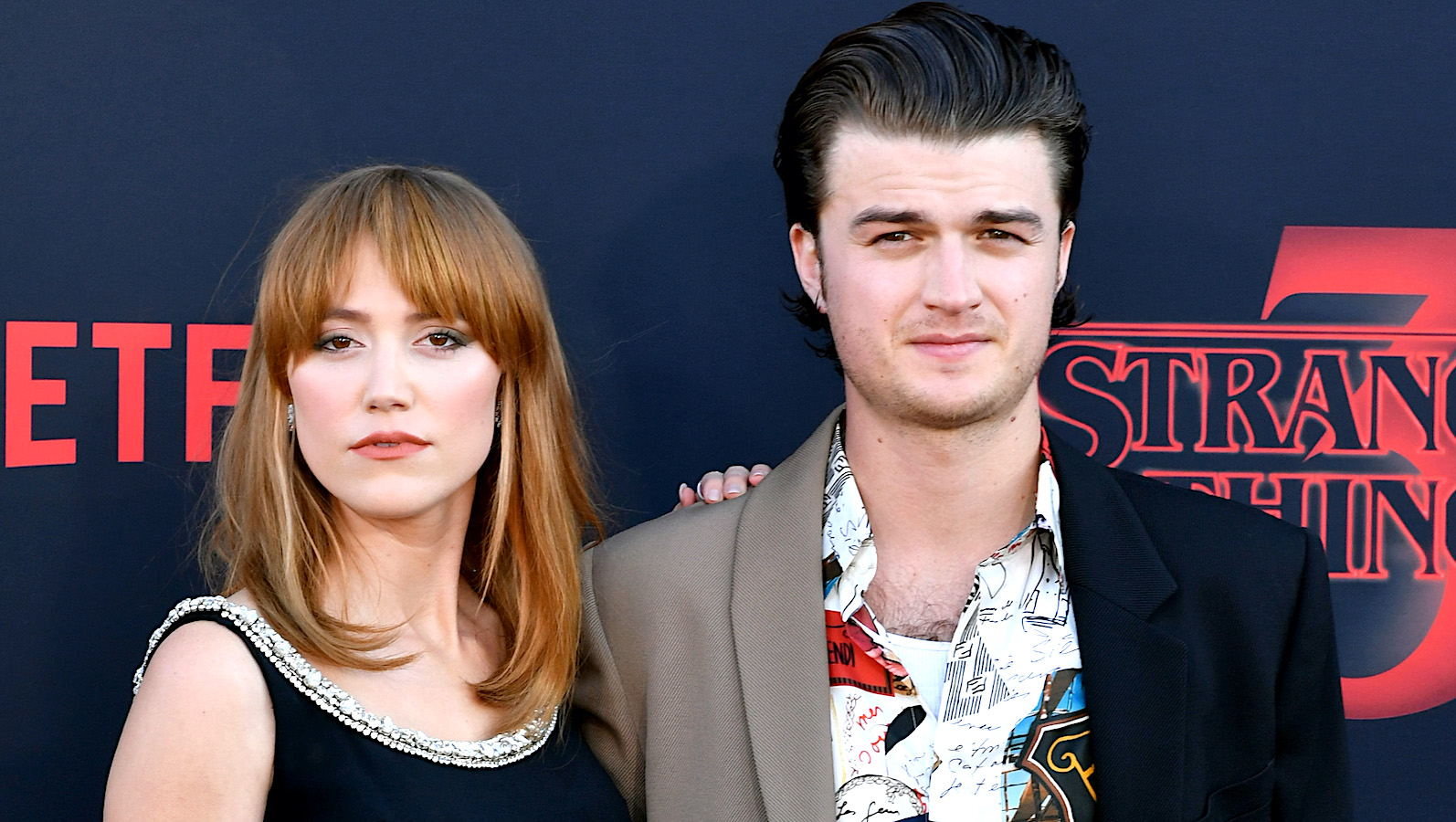 Steve Harrington from Stranger Things has one of the best character developments in the show, with a compelling and complicated love life, but what about the actor that plays him, Joe Keery?

Keery brought the role of Steve Harrington to life in 2016 when the first season of Stranger Things was released on Netflix to worldwide admiration. About a year later he met fellow Hollywood actor and professional kiteboarder, Maika Monroe at a party in Los Angeles.

Monroe, who is the star of the extremely successful 2014 horror movie, It Follows, had just released two movies at the time, Independence Day: Resurgence and The 5th Wave. That same year they met, Keery and Monroe would go on to work in a movie together, After Everything, a film about two young people falling in love. Shortly after the filming of that movie Monroe and Keery went public with their relationship, showing up arm-in-arm at the Stranger Things season two red carpet premiere.

Keery and Monroe have remained relatively private about their relationship on social media. Keery, who does not have an Instagram account at the time of this writing, occasionally posted pictures of Monroe when he had one, but Monroe’s account only has a few sparse pictures of Keery, and none of them are of the two together.

That’s not to say the pair are not photographed together. In fact, it’s quite the opposite. Since the beginning of their relationship in 2017 the couple have been very supportive of one another, each appearing on one red carpet event of the other. After they went public with their relationship in 2017, Keery supported Monroe at the premiere of her movie The Tribes of Palos Verdes that same year.

The number of premieres the pair have attended span the gamut of the entertainment industry, from the Stranger Things 3 premiere to the 2020 SAG Awards to the 2020 Paris Fashion Week. And then of course the COVID-19 pandemic hit and all public outings came to a screeching halt. Like most relationships, Keery and Monroe had to endure quarantining together, which is not an easy thing to do, especially for people in the entertainment industry who usually have overlapping schedules. But for Keery, it’s nice to have someone who understands what it’s like to be in Hollywood. He recently opened up to GQ magazine about what that was like.

“Over quarantine, it was like we spent so much time together, which was rare. I mean, that’s one of the disadvantages of dating someone else in the industry. There are advantages as well: somebody who kind of understands what’s going on with you in a pretty deep way. But yeah, I think she’s like me. She doesn’t take it all too seriously.”

The couple not only made it through quarantine together but also expanded their career horizons. In addition to his acting career, Keery is also a musician who goes by the name Djo. During this time of lock-down, Monroe did an at-home photoshoot of Keery, and we were in full support of the artistic pictures.

As COVID-19 restrictions relaxed and the world began to open up again, Keery and Monroe returned to their acting responsibilities, which for Keery included filming the much-anticipated season four of Stranger Things and Monroe the suspenseful thriller, Watcher where she plays a young actress caught up in the vicinity of a serial killer. The pair have continued to don red carpet premieres arm-in-arm, from the Saint Laurent pre-Oscars event in 2022 to the Vanity Fair Oscar party that same year.

Even though their social media presence is slimmer than most celebrities, Keery and Monroe seem to be going strong and remaining hard at work. For them, actions speak louder than words, and their actions paint a picture of continual support, be it at a red carpet premiere or an at-home photoshoot.