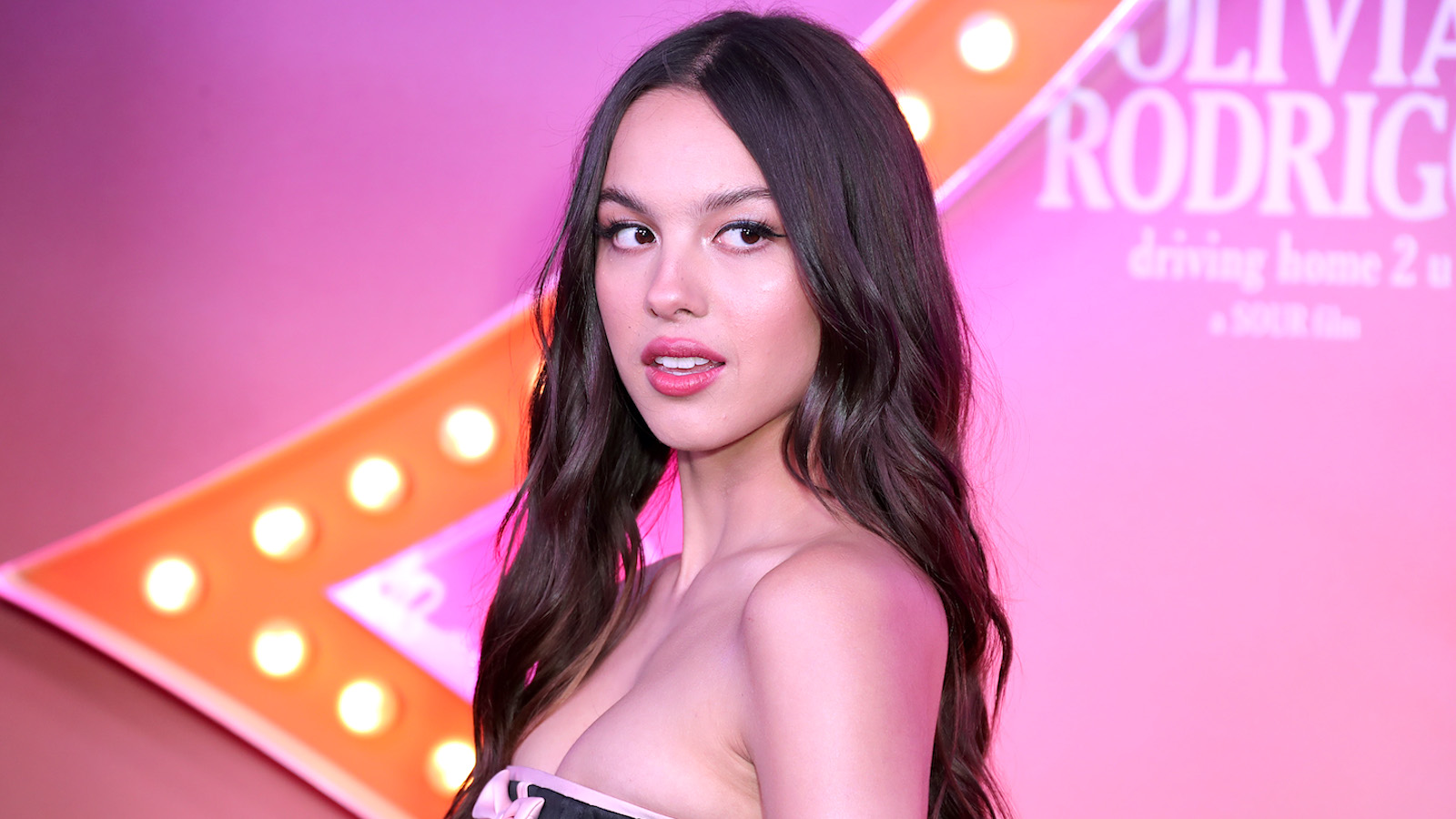 Attention Livies, Olivia Rodrigo has someone new to sing about and his name is Zack Bia.

For Rodrigo, whose music so heavily reflects the romantic highs and lows of her personal life, dating rumors are never really far behind. When her debut album Sour released in 2021, the High School Musical star was hurled into the spotlight at the speed of light with millions of fans immediately connecting with her achingly relatable lyrics. Since then her songs have been streamed over seven billion times on Spotify and she took home three Grammys at the 2022 Grammy Awards, including Best Pop Vocal Album and Best New Artist.

Needless to say, Rodrigo is one of the biggest singers in the industry right now, and as is the case with anyone whose love life so heavily affects the music they release, all eyes are on the men who make an appearance by her side.

In the past it was Joshua Bassett, the supposed muse behind Rodrigo’s breakout songs “Driver’s License” and “Good 4 U”, and also her co-star on Disney Plus show High School Musical: The Musical: The Series!. Drama between Bassett and Rodrigo followed Rodrigo’s breakout success, and the pair have since been separated for quite some time, which means whenever the singer-songwriter releases new music following Sour, it will likely be about someone new.

For a time it seemed like that could be Adam Faze, the film producer whom Rodrigo spent time with the same year she shot to fame. Rodrigo never confirmed a romantic relationship with Faze, but after seven months the pair reportedly split up. The 19-year-old Rodrigo wasn’t single for long, though. She is currently “romantically involved” with 26-year-old Zack Bia, according to People.

Who is Zack Bia and when did he start dating Olivia Rodrigo?

While everyone was rooting for their favorite football team at the 2022 Super Bowl, Rodrigo and Bia were kindling the fires of their newfound love. A source from People confirmed that “they’ve been dating since the Super Bowl,” and that “they really like each other.”

Bia is a music executive and popular DJ who owns his own record label, Field Trip Recordings. He is a native New Yorker but went to school at Beverly Hills High School in Los Angeles before attending USC. He eventually dropped out in his junior year to chase his dreams of making it big in the entertainment industry, and make it big he has.

The 26 year-old has seen a steady stream of career success, which no doubt has been aided by his circle of famous friends who regularly make an appearance on his Instagram. Such friends include the rapper, Drake, whom Bia considers to be his “big brother”, according to his interview with GQ.

Olivia Rodrigo is not Bia’s first famous relationship, either. He was famously linked to Madison Beer, the young singer who was discovered by Justin Bieber via YouTube. Bia and Beer were together for almost a year until they split in 2019, according to People. In addition to Beer, Bia has dated Madelyn Cline, the actress from the Netflix series Outer Banks.

Now, however, it seems he has found a new love interest in Rodrigo. The duo were first spotted together in Manhattan, New York City ahead of the 2022 Met Gala. Neither Bia nor Rodrigo have addressed the dating rumors, and if Rodrigo’s past is any indication of the future, she is unlikely to address it publicly going forward. That is, until it ends up in a song.