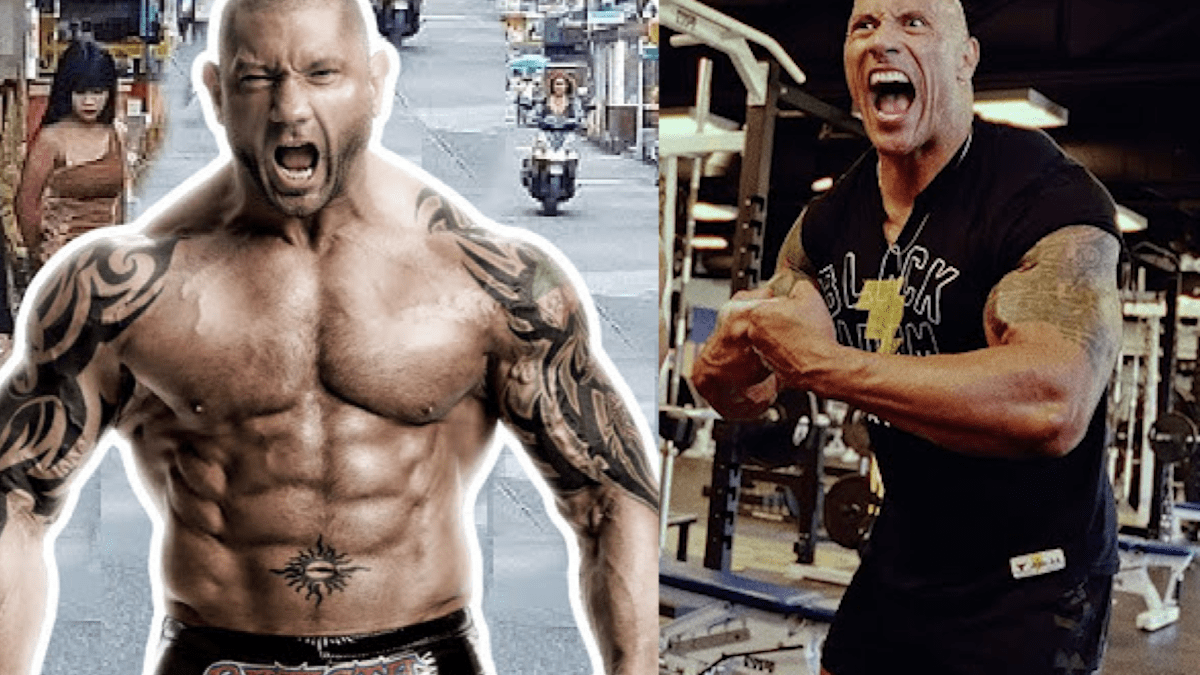 Asking who would win in a fight between Dave Bautista and Dwayne ‘The Rock’ Johnson is like wondering when your crypto investments are finally going to take off. Who knows? Frankly, your guess is as good as ours. This type of hypothetical matchup might as well be between a tiger and a bear, an alligator and a shark, or Gandalf and Dumbledore. It’s too similar to tell.

There has to be a winner though, right? Well, kind of. If we strip away all the superlatives and look at the legitimate fighting experience each of these Hollywood heavyweights brings to the table, a clear winner can be crowded. Let’s start with Dwayne.

‘The Rock’ is a wrestler, action star, and all-around badass with over 20 years of experience. The man is a beast. He’s a former defense tackle, 10-time WWE World Champion, and we certainly can smell what he’s cookin’. Not to mention, the guy is 50 years old and in better shape than almost anyone in the entire universe. If nothing else, that counts for something. Up next, Bautista.

Dave Bautista is an action star, holds a purple belt in Brazilian Jiu Jitsu, and literally plays Drax the Destroyer in his free time. Did we mention that he’s also WWE World Champion? He is, six times actually. Did we mention he’s 53? How many WWE World Champions have you won? If any former WWE Champions happen to be reading this, we believe you. Please don’t hurt us.

It comes down to real-world experience, and in that department Bautista may have ‘The Rock’ beat. Both of these beef cakes might have muscles, but unlike ‘The Rock’ — Dave Bautista has been trained to fight. Dwayne Johnson certainly lifts weights for his fitness, and could definitely hold his own, but Bautista has more formal training.

This hypothetical fight would be decided by how their battle went on the outset. If Dwayne Johnson could pop Dave Bautista a few times, he’d have a chance at victory. If Dave Bautista could take Dwayne Johnson to the ground, his Jiu Jitsu training would take over and he would probably end up winning. It all depends on the cosmic realities of predetermination, fate, and general random chance.

In the end, isn’t it more fun to believe that on any given day either of them could win? We’d like to think so. Both Dwayne Johnson and Dave Bautista are some of the hardest-working, and hardest-core entertainers out there today — so let’s appreciate them equally, in all their muscle-bound glory.