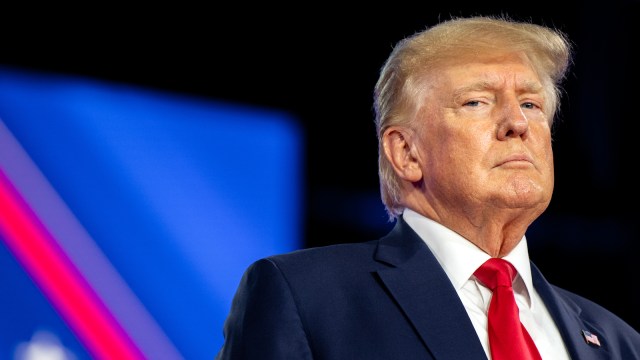 The civil investigation between Trump and the New York attorney general probes into whether or not the former president falsified financial information to tax authorities and lenders and so as to avoid paying his financial weight in taxes.

Many might recall Trump’s adamant opposition pleading the Fifth, an opinion he has made known leading up to, and all throughout, his presidency.

So why exactly has he pleaded the Fifth now? We’ll let Trump tell you.

Trump was deposed by the New York attorney general’s lawyers on Aug. 10. In a public statement not more than an hour after the deposition he announced that he chose to invoke the Fifth Amendment.

The move to do so comes just days after the FBI carried out a search warrant upon his Mar-a-Lago estate in Palm Beach, Florida. The search warrant was unrelated to his civil investigation with the New York attorney general and involved his removal of 15 boxes worth of classified documents from the White House, which he took with him after losing the election and leaving the oval office.

Although hypocrisy and politics tend to go hand in hand, it’s worth noting that this isn’t the first time the former president has talked out of both sides of his mouth, if such a thing is even worth reiterating. As shown in this video from MSNBC, Trump once said in a 2016 campaign rally that “If you’re innocent, why are you taking the Fifth Amendment?” During the 2016 presidential debate he called pleading the fifth “disgraceful.” He also said: “If you’re not guilty of a crime what do you need immunity for?”

By no means is invoking the Fifth Amendment an admission of guilt like the former president once believed. It simply prevents the government from coercing information out of an individual and guarantees him or her protection from admitting to any potentially incriminating evidence. The Fifth Amendment quite literally says, “No person shall… be compelled in any criminal case to be a witness against himself.”

Trump addressed his change of heart in his public statement following his deposition on Aug. 10, recanting his previous opinion on the matter.

“I once asked, ‘If you’re innocent, why are you taking the Fifth Amendment?’ Now I know the answer to that question. When your family, your company, and all the people in your orbit have become the targets of an unfounded politically motivated Witch Hunt supported by lawyers, prosecutors and the Fake News Media, you have no choice.”

Trump’s time in and out of office has been marred by a succession of investigations and civil suits. That he could be charged with a crime is an unprecedented act in the history of the US presidency.