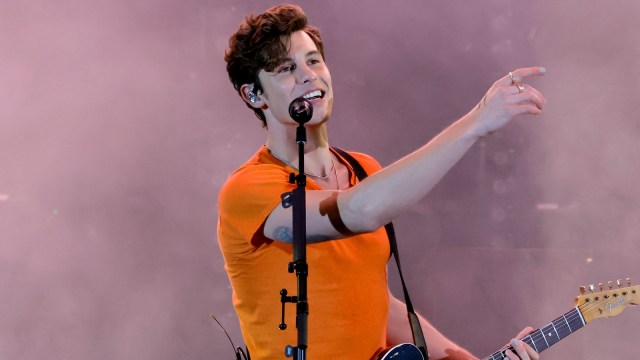 Fans of Shawn Mendes, who had been eagerly looking forward to the remaining shows of his ongoing “Wonder: The World Tour,” have been left heartbroken as the “Treat You Better” singer announced that he is officially canceling the tour. Mendes had been eager to begin the tour and yet he brought it to an abrupt end mere weeks after kicking it off, what is the reason?

Shawn Mendes wants to focus on his mental health

In a heartfelt Instagram post, the singer revealed that before starting the tour, he had not realized the toll being back on the road would take on his mental health.

“As you guys know, I had to postpone the past few weeks of shows since I wasn’t totally prepared for the toll that being back on the road would take on me. I started this tour excited to finally get back to playing live after a long break due to the pandemic, but the reality is I was not at all ready for how difficult touring would be after this time away.”

So, in order to make his mental health his priority and ensure that he can “come back stronger,” he is taking a step back from doing live shows and tours to get some much-needed “time to heal.”

“We were hopeful that I might be able to pick up with the rest of the dates after some much-needed time off, but at this time I have to put my health as my first priority. This doesn’t mean I won’t be making new music, and I can’t wait to see you on tour in the future. I know you all have been waiting so long to see these shows, and it breaks my heart to tell you this but I promise I will be back as soon as I’ve taken the right time to heal. I love you all and thank you all so much for supporting me and sticking by me on this journey.”

On July 8, 2022, just a week after he started his “Wonder Tour,” Mendes announced that he will be taking a three-week hiatus from his tour that was expected to run through August 2023. In another post on Instagram, he shared that though he has been touring since the age of 15, being away from friends and family has always been a difficult task.

“After a few years off the road, I felt like I was ready to dive back in, but that decision was premature and unfortunately the toll of the road and the pressure has caught up to me and I’ve hit a breaking point,” he added.

But this is not the first time Mendes has admitted that his hectic schedule often puts immense pressure on his mental well-being. In his 2020 Netflix documentary, Shawn Mendes: In Wonder, he has shared that while he is “so grateful” for his exciting career, he wants to have some time where he can relax and not worry about his performances.

“But at the same time, I just want to hang with my parents and watch movies, drive around a suburb and lay on a soccer field and, you know, smoke a joint and stare at stars with my friends and, like, eat some beef jerky. … I miss that right now. It’s pretty intense all the time,” he said.

In fact, there are moments when his anxiety kicks in and leaves him worried that there will come a time when he will be unable to sing. “I’m constantly warming up and I’m constantly checking my voice out of fear of the fact that one day I’m gonna go to sing and it’s gonna just not come out,” he admitted in the Netflix documentary.

In another heartfelt post on Twitter earlier this year, that made fans of the “Stitches” singer immensely worried about his well-being, Mendes candidly highlighted that while having a very active career may sound like the epitome of success, at the core he is just someone constantly fretting whether he should let the world see who he really is.

“The truth, in current form is a 23-year-old who constantly feels like he’s either flying or drowning. Maybe that’s just what it is to be in your 20’s idk, or maybe that’s just me. The truth is I really do wanna show up in the world as my 100% true honest unique self and not care what anyone thinks, sometimes I do!! The truth is even with so much success I still find it hard to feel like I’m not failing. [I’m] hyper-focused on what I don’t have, forgetting to see all that I do. The truth is I’m overwhelmed and overstimulated lol.”

Shawn Mendes has never shied away from addressing his mental health

While someone’s sexuality is a personal choice and they decide whether they want to openly reveal it, sadly even being a celebrity can’t save one from others obsessively speculating about it. For years, rumors have swirled about Shawn Mendes identifying as gay. Initially, he refused to grace the intrusive discussion about his sexuality with an answer, but in an interview with Rolling Stone in 2018, he revealed how the speculation affected his mental health and made him self-conscious of the way he behaves.

“I thought, ‘You fucking guys are so lucky I’m not actually gay and terrified of coming out,'” he said. “That’s something that kills people. That’s how sensitive it is. Do you like the songs? Do you like me? Who cares if I’m gay?”

Despite having his ups and downs, Mendes has always tried his best to offer words of encouragement to those fighting a similar battle. In a chat with Dax Shepard on his Armchair Expert podcast, he called out the unfair notion that men shouldn’t cry or be vulnerable.

“I think people are really quick to just say, ‘Well, he’s an artist so he gets a pass to be vulnerable and a pass to cry but most men shouldn’t. Guys need to just be vulnerable. We need to cry. Stop thinking this is being brave and strong and start thinking is the opposite, actually. We’re holding in these emotions and not crying and being assholes. Nothing about that is nice.”

During the trying times of the coronavirus pandemic where the world was forced to quarantine and ditch their social lives, many underwent severe bouts of depression and anxiety. At the time, Mendes, in an op-ed for TIME magazine, shared his personal experience of facing the same and how his “emotions have been all over the place …. some days I’m O.K., and others it’s scary.” He advised people to employ the same method he used to help himself — to be kind and compassionate to themselves.

“Don’t be frustrated with yourself if you feel trapped or stressed. This is a hard time for everyone and you deserve patience from yourself,” he said. “Acknowledging the feelings out loud helps me process them and move forward. I am trying to be kind and compassionate to myself. You’re allowed to watch movies all day if that’s what your heart needs. I’ve been bingeing Friends and Harry Potter.”

So, yes, while the cancellation of his much-anticipated tour is indeed disappointing for his fans, Shawn Mendes continuing to show why mental health deserves equal importance as physical well-being is definitely the inspiration and positive vibes the world needs right now.