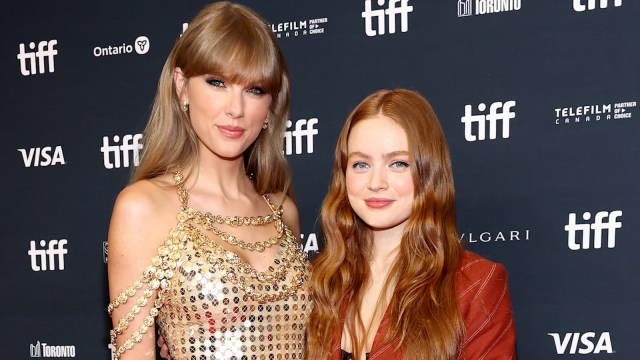 Taylor Swift marches to the beat of her own drum and sings to the melody of her own tune. She’s an activist for women’s rights, an ally to the LGBTQ community, and as expected of someone in her line of work, she’s a staunch supporter of the creative arts. So, it came as little surprise to learn Swift intended to re-record her entire catalog of music when she and Scooter Braun, her former talent manager and record executive at Big Machine Records, got into a dispute about her buying back the masters of her work. What did come as a surprise, however, was the announcement that not only would she re-record her old songs, but also create entirely new ones. Like the 10 minute version of “All Too Well,” for example.

Ahead of the newly re-recorded version of Red, Swift released the short film and full track of “All Too Well,” starring none other than Sadie Sink and Dylan O’Brien. The song, coupled with the short film, set the internet ablaze. Not only did the 10-minute track impress even the most avid Swift naysayers, but Sadie Sink’s performance left many in tears. Sink’s acting chops have been on full display since she joined Stranger Things in 2017, but the young actress has become not just a favorite among Strangers — the official name for Stranger Things fans — but also, it turns out, of Taylor Swift.

A brief history of “All Too Well”

Swift wrote “All Too Well” at a crucial time in her life, when she was just entering adulthood and her heart had just been shattered into a million pieces. For those unfamiliar with the song’s now-famous backstory, Swift and Hollywood actor Jake Gyllenhaal dated for a brief period of time when the country singer-turned-pop-superstar was around the age of 20. The relationship ended prematurely, clearly, and what resulted was “All Too Well,” a cathartic power ballad that basically rips Gyllenhaal a new one. Swift has never formally admitted that the song is about Gyllenhaal, but the fans have thoroughly interpreted her many bread crumbs as confirmation, and when inspecting said breadcrumbs up close, it’s hard not to see their validity.

Originally, the song was released at five and a half minutes, but upon re-recording Red, Swift announced that she would release a 10 minute version of the song, a version she says was always the original.

“The 10 minute version of “All Too Well” is what was originally written for the song before I had to cut it down to a normal length song,” she told Jimmy Fallon on The Tonight Show Starring Jimmy Fallon.

“I had to cut out certain verses and parts of the bridge and lots of different things that I really loved,” she told Seth Myers on Late Night with Seth Meyers. “[I] left some of my favorite lines on the cutting room floor, and I’m really happy that people get to hear them. I’m so proud of this version of it. I think this version is the version of the song that was meant to be heard.”

Why did Taylor Swift choose Sadie Sink to play her in All Too Well short film?

As writer and director of the short film, Swift revealed she only ever had two people in mind to play the lead and her love interest. In speaking with Seth Myers on his show she even said the film’s life depended on Sadie Sink’s agreement to be in it.

At the premiere of All Too Well, Swift explained how she approached Sink with the proposal, which included a lengthy text message and entire project scope, according to E! News.

It was a match made in heaven, according to Sink, who called working with Swift an “honor,” according to Glamour magazine.

“It was really special to me. Taylor is someone I’ve always wanted to work with, but never thought I would because I didn’t think our paths would ever cross… She’s such an incredible human being, so smart and so grounded. To have her as a friend, as a director, as a mentor and to be able to bring such an iconic song to life was just an honour.”

Since it’s release “All Too Well” has become the “longest song to reach No.1 on the Billboard Hot 100,” according to Guinness World Records.