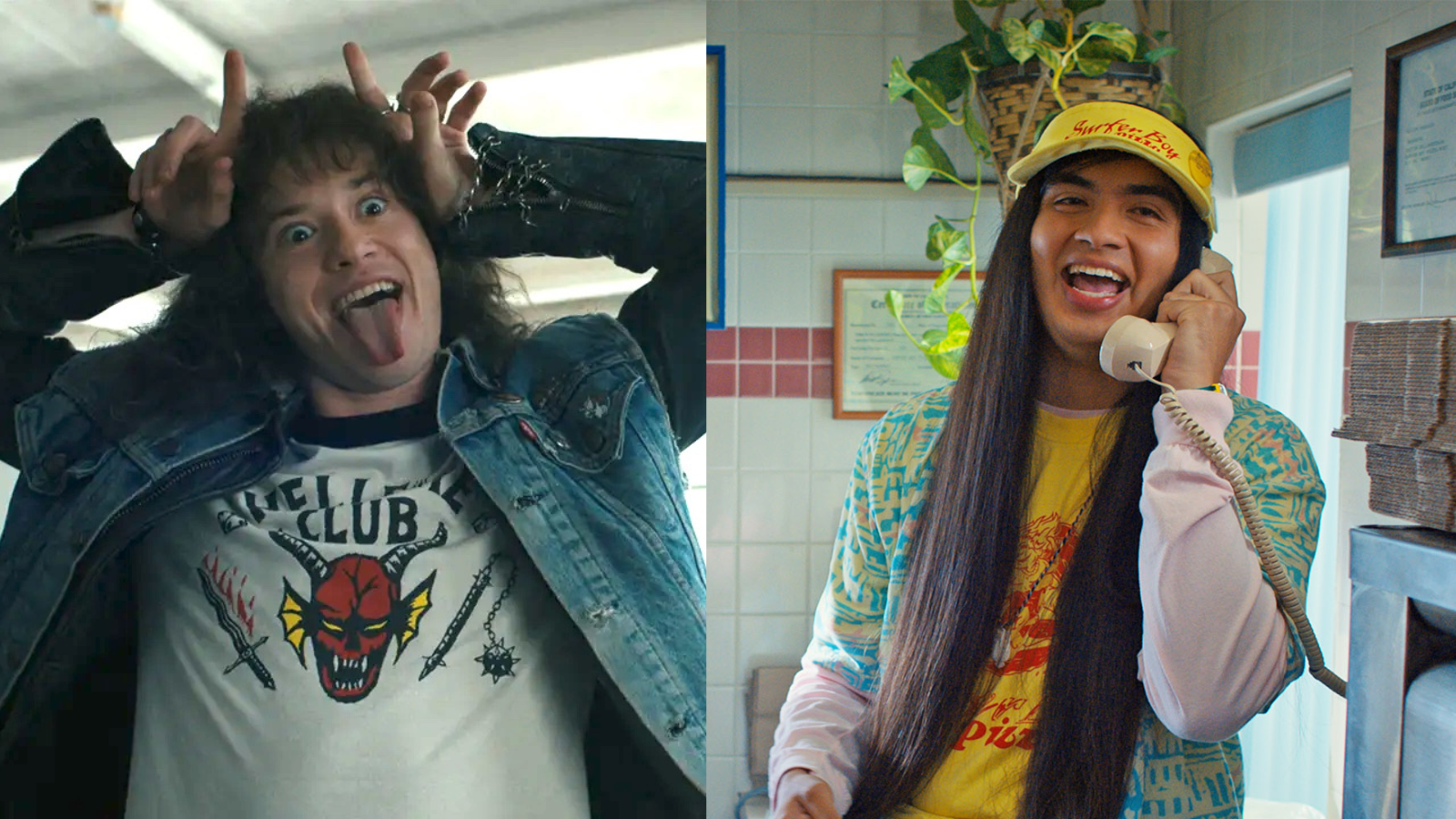 The world is still reeling from that epic semi-finale of Stranger Things season four, but one thing that made the season so great was the addition of three key new cast members.

Eddie, Argyle, and One all play three very different roles in the season, involved in very different story arcs, but now it’s hard to imagine the show without them.

Eddie is introduced early on as a lovable miscreant social reject and leader of The Hellfire Club, the Dungeons & Dragons club of which Mike, Dustin, Lucas, and Erica all partake. His story takes a dark turn when he’s associated with some of the gruesome deaths that are, once again, taking place around Hawkins, and he spends the remainder of the season, in part, trying to both escape capture and prove his innocence.

Argyle is Cheech and Chong to the umpteenth level, bringing some much-needed levelheadedness to Jonathan, Mike, and Will over in California. An absolute stereotypical example of a 1980s stoner, he manages to keep things chill even when they are decidedly… not chill.

And then there’s One. Please watch the show if you’d like a description of One. You’re welcome.

Anywho, the three newest additions to the cast — Joseph Quinn, Eduardo Franco, and Jamie Campbell Bower, respectively — took to the red carpet, and later the stage, of the 2022 MTV Movie & TV Awards red carpet. At this point in the series, none of their characters have shared any screen time with one another, so this is a nice change.

Franco’s choice of a Kahlua-branded polo is both inspired and iconic.

The first volume of Stranger Things 4 is currently streaming on Netflix, with the second volume arriving on July 1.