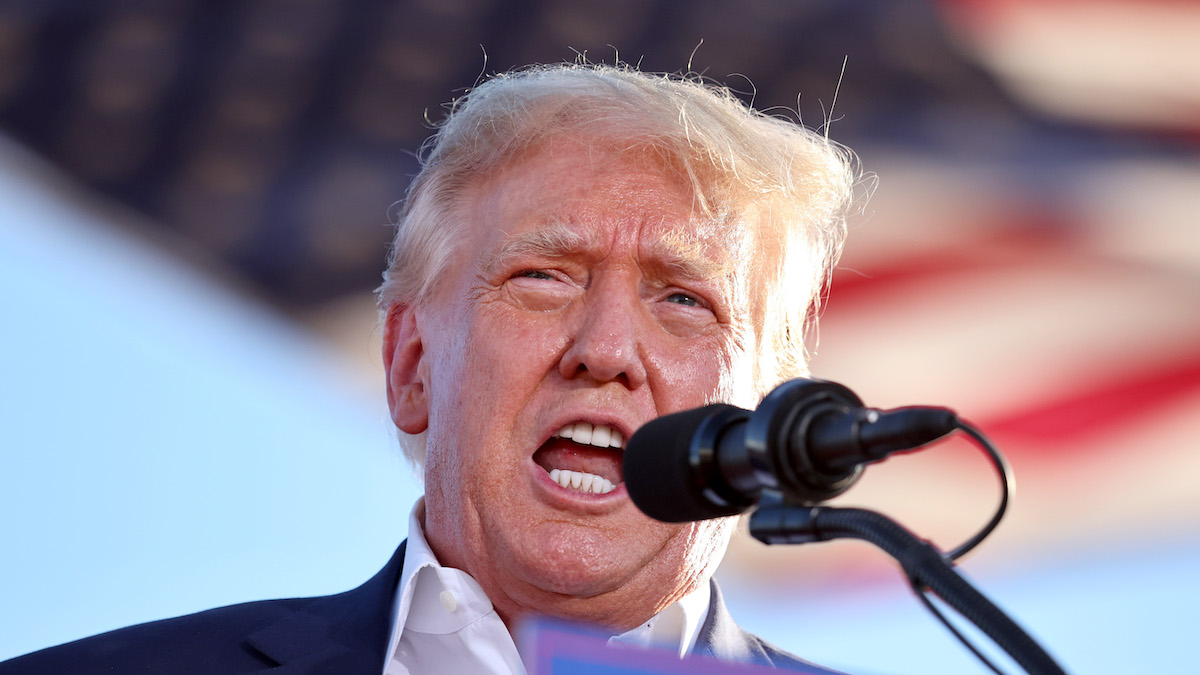 The twice-impeached former president of the United States announced the news today in a post to his Truth Social platform, along with praise for Truth Social and condemnation for Facebook for having suspended him in the first place.

“FACEBOOK, which has lost Billions of Dollars in value since ‘deplatforming’ your favorite President, me, has just announced that they are reinstating my account. Such a thing should never again happen to a sitting President, or anybody else who is not deserving of retribution! THANK YOU TO TRUTH SOCIAL FOR DOING SUCH AN INCREDIBLE JOB. YOUR GROWTH IS OUTSTANDING, AND FUTURE UNLIMITED!!!”

Trump’s Facebook account was suspended in 2021 in the wake of the Jan. 6 Capitol riots for which he was accused of inciting an angry mob of supporters by perpetuating claims of election fraud. The reinstatement will occur “in the coming weeks,” at which point new “guardrails” will be put in place “to deter repeat offenses,” said Meta’s president of global affairs Nick Clegg in an official statement.

Meta’s decision to reinstate Trump is rooted in its belief that “the public should be able to hear what their politicians are saying — the good, the bad and the ugly — so that they can make informed choices at the ballot box.”

However, Clegg confirmed that Trump will face “heightened penalties for repeat offenses — penalties which will apply to other public figures whose accounts are reinstated from suspensions related to civil unrest under our updated protocol.”

“In the event that Mr. Trump posts further violating content, the content will be removed and he will be suspended for between one month and two years, depending on the severity of the violation.”

The news of Trump’s return has been lingering in the foreground for quite some time, as Meta’s two-year ban was initially set to expire on Jan. 7, 2023. However, with his “risk to public safety” now receding with his time away from office, the company believes “the public should be able to hear from a former President of the United States, and a declared candidate for that office again, on our platforms.”

Trump may soon be able to post again on Facebook and Twitter – the latter of which was reinstated on Nov. 19, 2022, following Elon Musk’s acquisition of the platform – but due to contractual agreements with Truth Social, he won’t be able to message blast the public as easily as before.

“President Trump is generally obligated to make any social media post on Truth Social and may not make the same post on another social media site for 6 hours,” said the Digital World Acquisition Corp, as reported by Reuters.

Trump has made it clear he is in no hurry to return to Twitter now that Musk has reinstated his account. “I don’t see any reason for it,” he said in a video at the Republican Jewish Coalition. At the height of his time on the platform, he was estimated to have published an average of 18 tweets a day.

Trump is set to hit the campaign trail for his 2024 presidential bid in the early months of 2023. With his Twitter, Instagram, and now Facebook accounts — not to mention Truth Social — all intact, it’s fair to assume he will leverage every verbal advantage, however incoherent, in his race to become the 47th president of the United States.