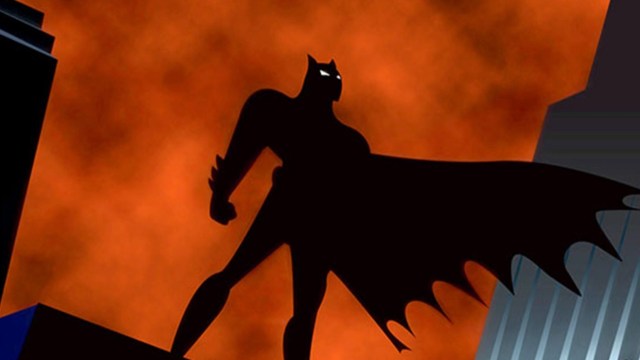 These distinctive projectiles have been part of the Batman myth since the beginning. They flew into comic book history in Detective Comics #31, four issues after the Caped Crusader’s debut. Since then, batarangs have remained an essential and irresistible part of the Dark Knight’s arsenal, popping up in the comics, TV series, movies, and video games.

Even if the name “batarang” is seldom used (it’s kept in the Batcave along with the shark repellent spray), we all know one when we see one. Still, the years have seen them take many forms and purposes.

A batarang’s looks are important, especially if Batman leaves one embedded in the masonry of Crime Alley, but so’s the functionality. Generally, live-action adaptations have based the projectile design on the current incarnation’s logo, which has a varying effect on their usefulness. But the bat emblem is an intriguingly meta part of the character’s universe, as shown by the speculation around the Dark Knight’s chest logo in the run-up to The Batman.

A good batarang should have multiple uses. Effective for ranged and melee attacks, the minimum requirement is that they can subdue bad guys on Gotham streets. The decades have unveiled batarangs with innovative new features, including remote control and programmable versions. We all know Batman’s definitive rule about taking lives, but the movies have often glossed over that and not made as much of the nonlethal batarangs as they should.

As blunt and brutal or as varied and versatile as they have proved to be, batarangs remain Batman’s most important weapon. Here’s our ranking of the best seen in a movie, game, or cartoon.

One saving grace about this batarang was that it didn’t come with bat nipples like its owner’s suit. The batarang wielded by Geroge Clooney’s crimefighter is as ultra-stylized and impractical as the movie.

Relying on its razor wings, the lack of any sharp points reduces its traction on a wall, vehicle, or leg. It’s no surprise, then, that Batman doesn’t use one in the movie, not even to prop open a batdoor.

This is probably the most mass-produced batarang in Batman history. Cute, oversized, and perfect for this gruff Batman’s Lego hands. Since this Caped Crusader doesn’t stick to the shadows much, why not have a colossal batarang or hundreds of them?

The joke about Batman’s accuracy with an unlimited supply of throwing weapons was used up in The Lego Movie — ‘first try!’ — but the toy Batman wouldn’t be the same without it.

The standard batarang thrown by Val Kilmer was oversized and over-complicated, just like Batman Forever. This design is best seen at the movie’s start when Batman combines it with a rope to disrupt Two-Face’s plans.

The great innovation comes at the end when the Caped Crusader debuts a sonar version to stop Riddler. Fortunately, the new batarang’s asymmetrical and foldable design is much better than Batman’s accompanying riddle.

With a functional and strangely industrial design, this batarang looks like an update of the 1960s version with some noticeably sharper points. Screenwriter Sam Hamm’s early drafts supposedly put far more emphasis on batarangs as the Dark Knight took down thugs across Gotham. In the end, the projectile was reduced to Batman’s atmospheric first appearance.

The finest hour for this era’s batarang came in Batman Returns when the Super Batarang was unleashed. During the Red Triangle Gang’s assault on Gotham, Batman targeted multiple enemies using its built-in LCD screen, although it wasn’t dog-proof.

One of the most stylish and distinctive batarangs, Terry McGinnis’ red-lined projectile is an excellent demonstration of the future of Batman’s arsenal. Large but with collapsible red wings, it had the right shape and amount of pointy bits to make a wholly practical weapon.

This batarang is a multi-functional and stylish tool that suits this streamlined Batman. Even better, the future suit held these weapons in its gauntlets, delivering them instantly to Terry’s glove.

The video game that started a mighty interactive franchise depended on its ability to let the player be Batman. That meant an emphasis on batarangs, and the game series didn’t skimp on the options. A host of upgrades included the Combo Batarang that could knock down thugs. Power upgrades kept villains down for longer, while other variants could target multiple bad guys.

The gameplay was enhanced with remote-controlled versions that could explore remote areas and knock out enemies. Lookswise, they’re a sleek and practical version of the game logos, with a neat emblem hub connecting the wings.

True to the realistic take of Nolan’s Dark Knight trilogy, the batarang carried by Christian Bale’s Batman brought the weapon back to basics. This simple one-sheet throwing shuriken cut to a simple bat shape was a nod to Bruce Wayne’s ninja training.

Its design was an effective tool for distraction rather than fighting, picking up the development of a shuriken-style weapon in Batman: The Animated Series. Naturally, it also made a strong, no-nonsense logo. A similar design of batarang appeared in 2016’s video games, Batman: The Telltale Series, only with a hole in each wing that made them even more versatile to handle.

This animated series following a young Batman featured one of the most technologically advanced batarangs. Like the show, this developed from Nolan’s Dark Knight trilogy. Useful as range and melee weapons, Batman employed boomerang and ninja shuriken versions. He also could attach the shuriken to his gauntlets as buzz saws.

Over five seasons, explosives, electrical currents, and tech viruses enhanced the standard boomerang design. One favorite was the garlic-treated version from The Batman vs. Dracula.

Before the release of The Batman, speculation was rife that this incarnation’s chest emblem was assembled from the gun that killed Bruce Wayne’s parents. It wasn’t, but its practicality (director Matt Reeves wanted it to have a functional use and settled on a detachable glauca knife) passed on to other parts of Batman’s arsenal. Robert Pattinson’s year-two Batman employed a sleek batarang similar to the movie’s logo with nooks, curves, and a slender body that made it one of the weapon’s most practical versions.

An older and weary Batman will have fine-tuned his weaponry to the nth degree. Batfleck’s batarang was rugged, practical, and straightforward. In Justice League, it’s a calling card. Batarangs have seldom looked as good when sailing past Barry Allen’s head.

The design was great, but it earned the top spot because it also proved itself in battle. Incredibly, BVS was the first time a batarang was used as an assault weapon in a movie. The movie’s warehouse takedown is one of the greatest if gratuitous and deadly action scenes featuring a live-action Batman. One savage use of the projectile sums up the power and importance of the batarang in the Dark Knight’s crimefighting arsenal.