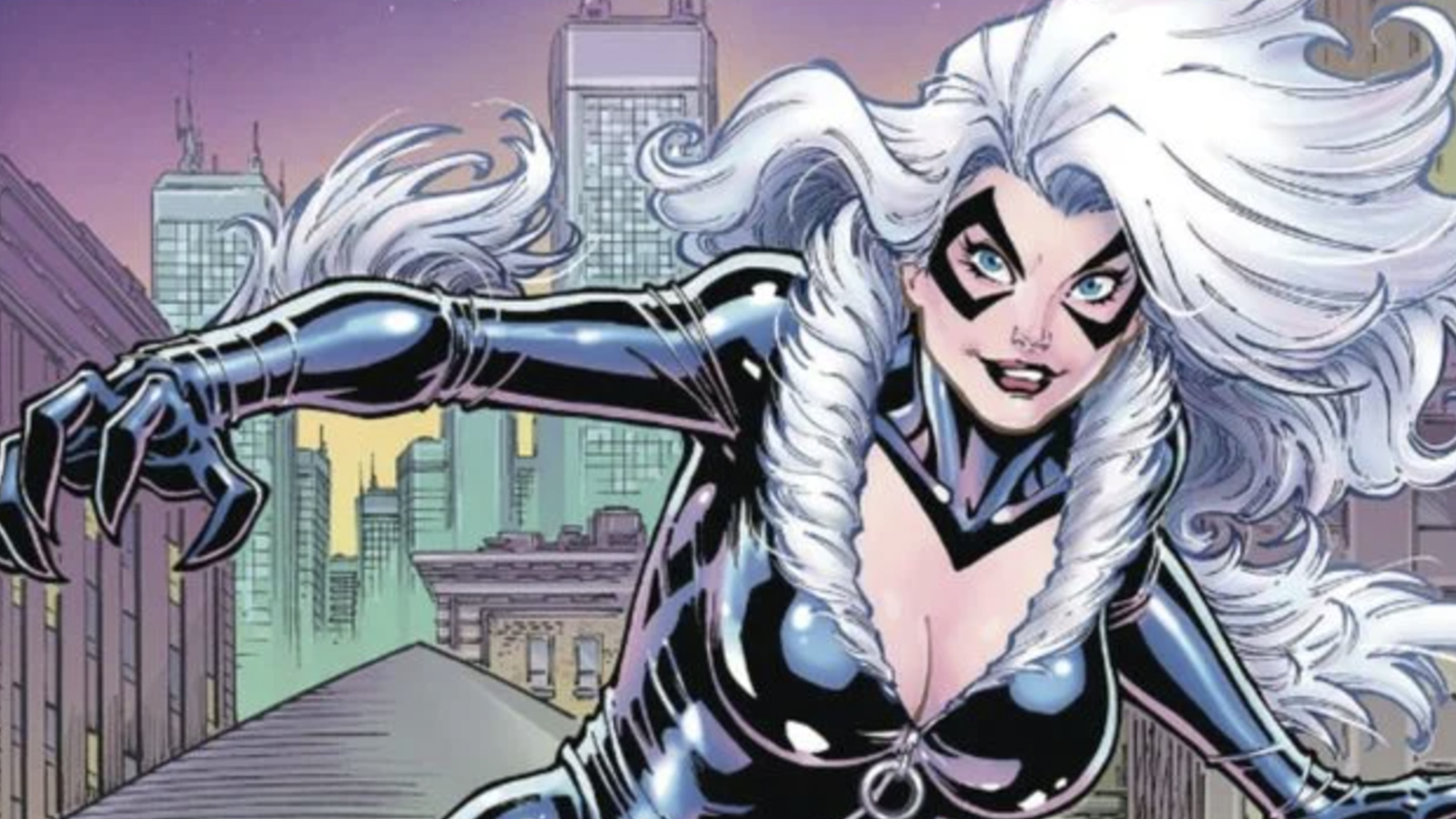 Since Amazing Fantasy comic issue #15 introduced Peter Parker, aka the Spectacular Spider-Man, back in August 1962, he has battled an array of iconic super powered supervillains throughout multiple titles, TV shows, and films. Here are the top ten best Spider-Man villains.

First appearing in the 1985 issue The Spectacular Spider-Man #97, scientific genius Dr. Jonathan Ott attemptied to reproduce the powers of superhero vigilante The Cloak while working for mob boss The Kingpin. Ott entered a portal to another dimension in the form of a pure black dot. Entering it, he found his body had become pure white, covered in these portals. When he told Spider-Man that his name was Spot, Spidey laughed so hard he nearly fell off a rooftop. Over the years, the Spot has plagued Spider-Man, at one point joining the villain team-up Spider-Man Revenge Club.

No relation to the Neil Gaiman title Sandman, this villain has been fighting the “friendly neighborhood” Spider-Man since he was introduced in the 1963 issue of The Amazing Spider-Man #4. William Baker, aka Flint Marko, was a violent thug and an escapee from New York prison Riker’s Island, who found, after fleeing to what turned out to be a beach used for nuclear testing, that his body could tranform into sand when he bonded with the sand molecules. This allowed Sandman to reshape himself into various tools and weapons.

Eventually Sandman would branch out, joining the Sinister Six, a team-up group of some of Spider-Man’s deadliest foes, and would later appear as a feature villain the pages of Hulk and Fantastic Four comics. In the cinematic world Sandman was portrayed by Thomas Haden Church in Spider-Man 3 and Spider-Man: No Way Home.

In the first incarnation of Electro in the 1964 issue of The Amazing Spider-Man #9, Max Dillon was an electrical lineman fixing a power line when a freak lightning strike changed his genetic structure, giving him the ability to collect and disburse deadly electrical charges. After being defeated by Spider-Man in their first confrontation when Spidey short-circuited him using a firehose, Electro went on to join the Sinister Six. Eventually, he ended up a foe of Daredevil as well.

In 2014, Electro was reintroduced as an alter-ego of Francine Frye, a supervillain groupie. When kissing a decaying Electro kills her, Francine is brought back to life as a clone, with Electro’s DNA mixing with hers and granting Francine Electro’s powers and abilities. The new Electro would go on to join the newest incarnation of the Sinister Six.

The cinematic version of Electro would go on to be portrayed by Jamie Foxx in The Amazing Spider-Man 2 and Spider-Man: No Way Home.

Don’t let Kraven’s lack of superpowers fool you: he is considered one of Spider-Man’s greatest villains. Introduced in 1964 issue of The Amazing Spider-Man #15, Kraven was a Russian big-game hunter and half-brother to supervillain The Chameleon, who recruited him to help capture Spider-Man. Kraven and Spider-man would clash repeatedly over the years, and the hunter would eventually come to respect, and even grudgingly admire, Spider-Man as his equal. Eventually, the character would meet his match in the six-part series, Kraven’s Last Hunt.

Although Kraven would come back as a ghost, and then in other forms, there were none as beloved as his original 23-year run. A Kraven movie is slated to be released in January, 2023, as part of Sony’s Spider-Man Universe series that includes Venom and Morbius. Kraven will be portrayed by Aaron Taylor Johnson.

The Chameleon first appeared in the 1963 debut title, The Amazing Spider-Man #1. Born Dmitri Serdyakov in Soviet Russia, he emigrated to the US and in his first caper impersonated Spider-Man. After his half-brother Kraven’s death, Chameleon had his face changed so that it was permanently featureless and able to change into anything he wanted.

At one point, The Chameleon created android replicas of Peter Parker’s parents to confirm that he was Spider-Man, causing a psychotic break in both villain and hero. The Chameleon was a member of both the Sinister Six and the James Bond-style multinational terrorist organization HYDRA.

Born Felicia Hardy to a famous cat burglar, Black Cat trained herself in various fighting styles and decided to take up her father’s profession. Black Cat was initially created as a villain in the Spider-Woman line of comics, and was based on the old Tex Avery cartoon “Bad Luck Blackie.”

In 1979, Black Cat’s creator Marv Wolfman was transferred to The Amazing Spider-Man, and so was she, first appearing in issue #179. Over the years, she and Spider-Man went from deadly foes to lovers, although it turned out she was only attracted to Spider-Man, and not Peter Parker. Black Cat and Spider-Man remain friends and have continued to team up.

The Kingpin is the Godfather of New York City’s criminal underworld, maintaining a tight grip on all dealings in the city’s seedy underbelly. Born Wilson Fisk, The Kingpin first appeared in The Amazing Spider-Man #50 back in 1967, and has gone on to appear as an antagonist in comics starring The Punisher, while also becoming Daredevil’s archnemesis.

The Kingpin would go on to lose and regain his empire a few times, the first due to conflicts with HYDRA, and the second time due to conflicts with his new wife who didn’t know he was a criminal when they married. The Kingpin was portrayed by Michael Clarke Duncan in the 2003 film Daredevil, and by Vincent D’Onofrio in the 2015 Marvel Cinematic Universe set TV series Daredevil.

POWERS: A brilliant inventor with an arsenal of weapons.

First appearing in the 1964 issue of The Amazing Spider-Man #14, the Green Goblin, aka Norman Osborn, was a brilliant inventor and CEO of the international multibillion-dollar corporation Oscorp. Osborn was also the father of Peter Parker’s best friend Harry. Taking an experimental formula drove Osborn mad and turned him into Spider-Man’s foe the Green Goblin.

Eventually, the Green Goblin would kill Peter’s girlfriend Gwen Stacy in the classic 1973 Amazing Spider-Man #121, “The Death of Gwen Stacy”.  The following issue would see the death of Norman Osborn but not of the Green Goblin, with Norman’s son, Harry. taking up his fathers mantle after having been driven mad by the use of psychedelic drugs.

Doctor Otto Octavius was a genius scientist who, in a freak lab accident, had a backpack containing four motorized legs permanently fused to his body. His first encounter with Spider-Man was in 1963’s The Amazing Spider-Man #3, where he defeated the wall-crawler, almost ending Spider-Man’s superhero career.

Doc Ock, as Spider-Man calls him, went on to become Spider-Man’s archnemesis, defeating the Black Cat and nearly getting murdered by Spider-Man’s hands as a result. He formed the original Sinister Six supervillain supergroup, and defeated the X-Men during the legendary Secret Wars team-up series. The cinematic version of Doctor Octopus would be portrayed by Alfred Molina in Spider-Man 2 and Spider-Man: No Way Home.

Marvel’s Superheroes Secret Wars was a 12-issue crossover miniseries event title released throughout 1984-85, with an otherworldly entity named The Beyonder transporting Marvel’s roster of heroes and villains to a planet called “Battleworld” to fight it out. During the ensuing Battle Royale, Spider-Man’s iconic red-and-blue suit was permanently damaged, and an alien clothing-making device fitted Spider-Man with a brand-new black-and-white suit. Back in New York, the suit began to take on a life of its own, turning out to be an alien parasite.

After Spider-Man barely defeated it after standing under chuch bells – turns out the symbiote’s weakness is sonic emissions – the symbiote found its next host in Eddie Brock, a reporter for the Daily Globe, making his first full appearance in the 1988 issue of The Amazing Spider-Man #300. Venom proved popular with readers and spun off his own title, and eventually, film series that starred Tom Hardy in Venom and Venom: Let There Be Carnage. Venom was previously portrayed by Topher Grace in Spider-Man 3.