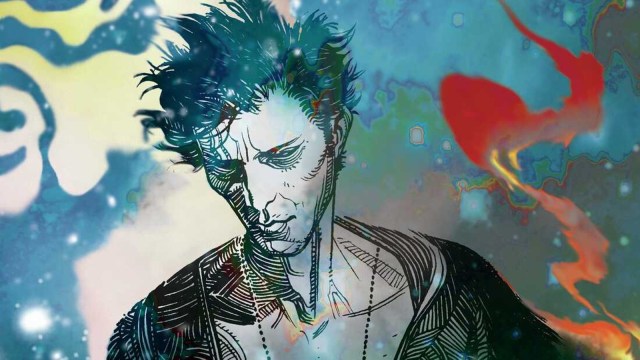 The King of Dreams, also known as Dream/Morpheus, is the protagonist of The Sandman, but other characters who’ve appeared in the lauded graphic novels have shown up in live-action stories as well.

Sandman is part of the DC Universe, and therefore not wholly disconnected from its characters. TV shows and movies have both used characters that have appeared in Sandman’s tales of dreaming, despite Netflix’s upcoming series being Dream’s first official live-action appearance. These characters have played an important role in Dream’s story as he sets to make the world right, and have impacted so many other stories as well.

Here’s are the 10 times that Sandman characters have appeared in live-action.

One of the most famous Sandman characters is John Constantine. He’s a down-on-his-luck necromancer with demons on his back, and in recent times, has seen a surge of renewed interest. He’s had an NBC series that lasted a season, then the actor Matt Ryan jumped over to play the character in CW’s Legends of Tomorrow. There’s a rumor that a new Constantine show for HBO Max is in development, meaning a new actor will take on the role, but that’s yet to be confirmed.

The green martian makes a special appearance in the pages of Sandman, when Dream is in search of his Dream Ruby. Martian Manhunter was an important cast member on The CW’s Supergirl, where he acted as a father figure to the Girl of Steel. He also appeared at the end of Zack Snyder’s Justice League to tell Bruce Wayne that Darkseid’s plans for the Earth have just begun. It’s unclear whether or not Martian Manhunter will return in a future DC film, but there’s a huge fanbase that still wants to see him.

When Sandman was imprisoned for many decades, the universe tried to correct itself by finding a new Sandman. That was a man named Wesley Dodds, who took up the moniker and joined the Justice Society of America. In The CW’s Smallville, Wesley was retired from the JSA and had been murdered by the ice-cold assassin Icicle. Still, it was nice seeing him for a little while.

John Dee (also known as Doctor Destiny) was a maniacal man obsessed with Dream’s ruby that granted him power to bring dreams to life. He was seen in live-action during The CW’s 2018 Arrowverse crossover, Elseworlds, as a character named John Deegan. He pretends to be Superman to take control of S.T.A.R. Labs in this new reality — where he’s held Supergirl hostage — and he proves to be just as insidious as his comic book counterpart.

Johnathan Crane/Scarecrow just so happens to be at Arkham Asylum while John Dee’s there, and the character has had plenty of live-action appearances over the years. He was one of the main villains in Christopher Nolan’s Batman Begins, he appeared in Fox’s Gotham, and most recently in DC’s Titans, where he manipulates former Boy Wonder, Jason Todd, into working for him. This rogue has made a lot of appearances throughout the DC Universe as one of Batman’s greatest foes.

The Lucifer in Sandman is different from the popular TV series, starring Tom Ellis in the titular role, but the general idea is similar. When Dream confronts Lucifer in the graphic novel to retrieve his magical helm, Dream is tasked with winning a game in exchange for his mask-like helm. In Netflix’s Lucifer, Ellis’ Lucifer Morningstar is male-presenting and bored of Hell. He travels to Los Angeles to commandeer a nightclub that he calls “Lux,” joins forces with the LAPD and assists Detective Chloe Decker in solving cases to learn more about humanity. Both were created by Neil Gaiman, and to be honest, there are many different representations of Lucifer.

Mazikeen in The Sandman was Lucifer’s consort in hell. Her face was split down the middle, disfigured on one side, and because of this, her words were indecipherable. The Mazikeen in Lucifer, known as Maze, was much different. Portrayed by Lesley-Ann Brandt, Maze is depicted as an everyday woman and one of Lucifer’s most trusted lieutenant; she eventually becomes a bounty hunter for the LAPD and marries her girlfriend, Eve, in Season 6.

Dream played an important role in William Shakespeare’s life. In 1593, the famous playwright asks his troops to perform A Midsummer Night’s Dream for Lord Morpheus and his guests. Dream saw to it that Fairie, Lord Auberon, and Lady Titania would always be remembered. In The Legends of Tomorrow Season 5, Episode 8, “Rome V. Juliet: Dawn of Justness,” the Legends search for the Loom of Fate and encounter a William Shakespeare of their own.

Some might find this surprising, but Barbie appeared in The Sandman. Although it wasn’t explicitly stated that her appearance was based on the Mattel toy, it’s quite obviously a reference to her. She first appeared in The Doll’s House (hint, hint) and again in A Game of You and ironically involves herself romantically with a man named Ken (we’ll get to that). Coincidence? We think not. Suicide Squad star Margot Robbie will be playing Barbie herself in Greta Gerwig’s upcoming film of the same name.

Who is Barbie without Ken? Another obvious reference that Barbie was based on the iconic doll line comes in The Doll’s House, when her boyfriend, Ken, is introduced. They were a happy, yuppie couple at the beginning, but eventually, their fairytale romance breaks down and they split up. Ryan Gosling will be taking on the role of Ken in the Barbie film, and hopefully, their live-action relationship has a happier ending.