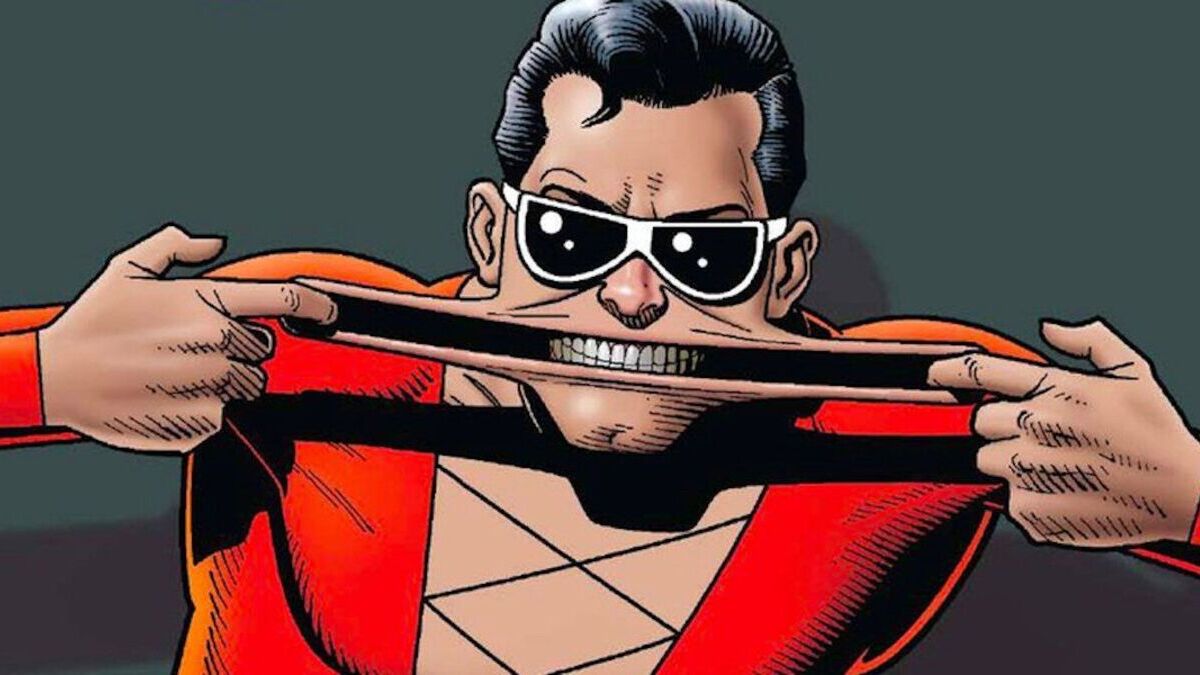 Have you ever thought about Plastic Man‘s private parts? No? Well, now’s the time to start.

Eel O’Brian, the former petty criminal who transformed himself into do-gooding superhero after gaining stretching powers, isn’t typically the most talked-about of DC characters, but that’s all changed today as Plastic Man has been trending on Twitter thanks to a surprisingly controversial take on a certain part of his anatomy.

DC Comics writer Gail Simone, whose status as a legendary creator of the comics universe means that she has the power to make whatever she declares canon, has come clean about her belief that “Plastic Man’s thing is normal.” Yes, according to Simone, although the rest of the hero’s physical form can be restructured into all kinds of shapes, his — ahem — little Eel O’Brian allegedly cannot.

A glimpse into the unfortunate side-effect of being Plastic Man.

Other DC scribes soon weighed into this unexpectedly thorny issue, including Tom Taylor, who imagined what Plastic Man’s problem would be like in practicality.

Well, thank you for very much for that hideous image.

Naturally, this whole Plastic Man pickle got people thinking if this is likewise true of the other stretchy superheroes out there, with fellow DC character Elongated Man also trending. Although, when it comes to Mr. Fantastic’s thing, we all know the deal with that…

By the way, if this has whet your appetite to find out more about the rest of the Justice League members’, uh, members, you may wish to check out the Birds of Prey’s salacious song from Batman: The Brave and the Bold, which we have no idea how they sneaked past the censors. You’re welcome.

Now we just need the DCU’s own prospective Plastic Man Ben Schwartz to weigh in with his thoughts.