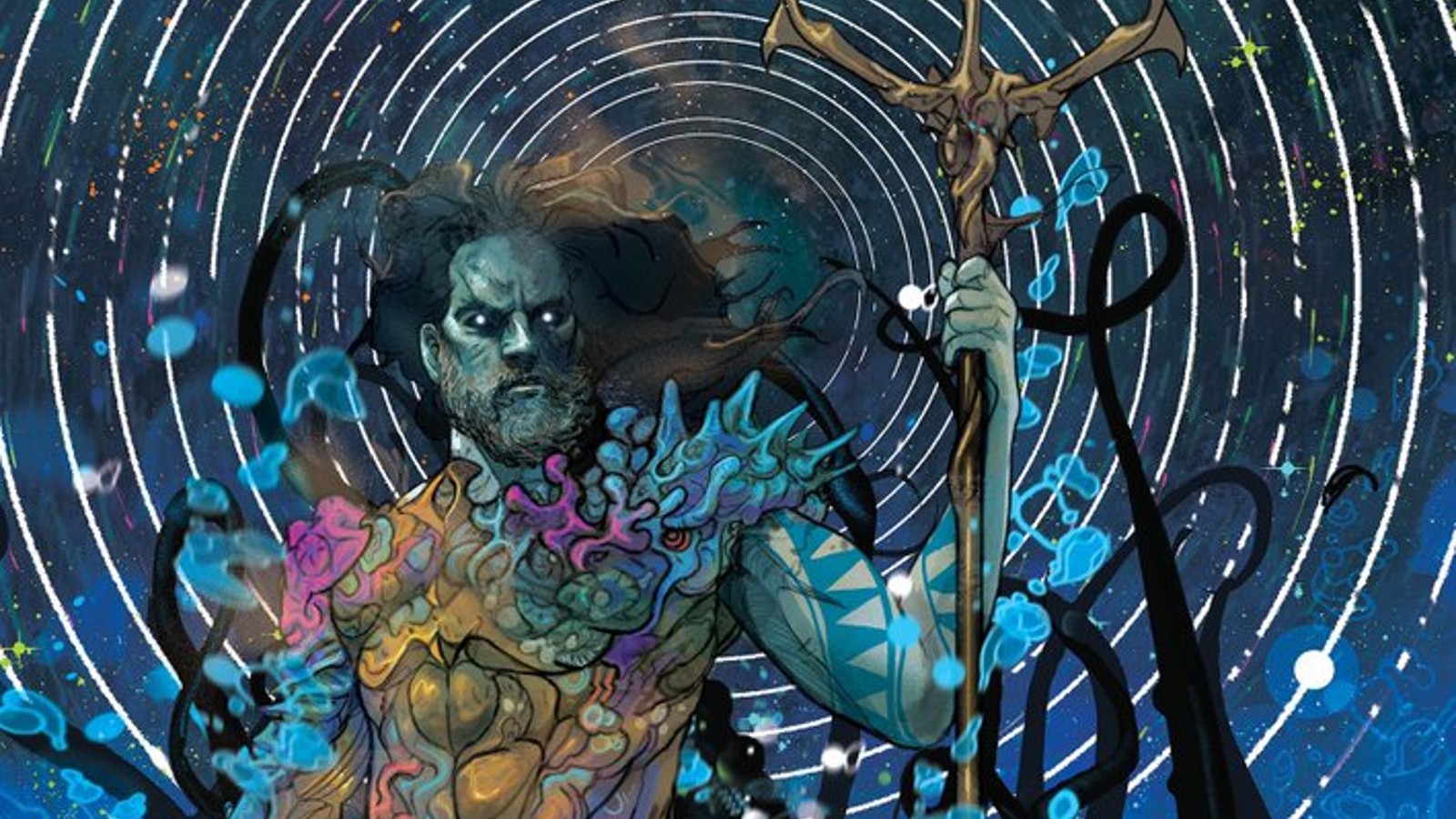 The new trailer for the comic series reveals the fantastical art designed to transport readers into an underwater world of wonder, and the story; a team is sent in to investigate an unidentified object, and they encounter a sea monster and make first contact with Aquaman along the way.

Everyone wants a piece of the object, and that includes Aquaman’s arch-villain, Black Manta. His high-tech armor and incredible skills make him a dangerous match for Arthur Curry, and he stops at nothing to succeed when he has his eye on something, so the two are bound to come to a confrontation, as they have many times in the past.

Ward describes the ocean as a terrifying space, and says that Aquaman exists within that. In the art, he’s clad in golden armor that looks royal and wields a powerful trident. Ram V states that the double-page spread of Aquaman fighting the Kraken is itself worth the price of admission.

Aquaman and the Last Kingdom, starring Jason Momoa, has been pushed back to March 17, 2023, and in it, Aquaman has to forge an alliance with an unlikely ally to save Atlantis. The story will also have Black Manta, played by Yahya Abdul-Mateen II, who always manages to show up and make things harder for him.

It was recently announced that Charlize Theron will be producing an Aqualad origin series for HBO Max. This will be an adaption of the Aqualad story “You Brought Me The Ocean,” a coming-out romance about Jake Hyde, a boy who discovers strange blue markings on his skin, and a deep connection with water.