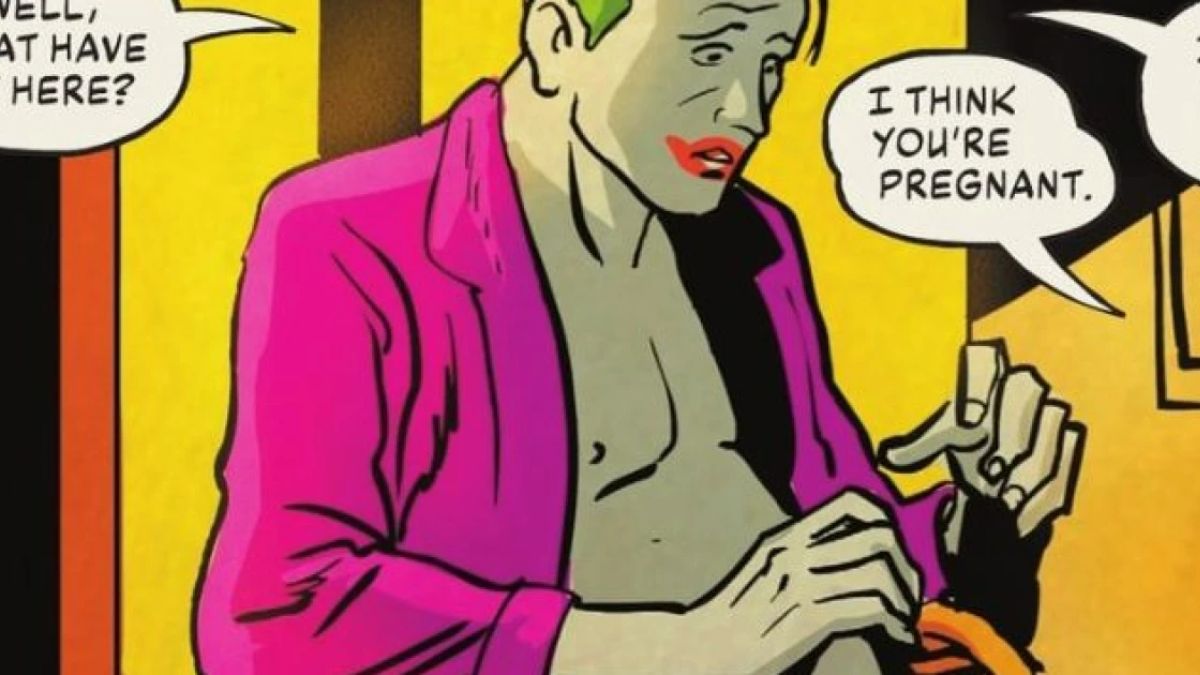 January’s first outpouring of inconsequential outrage came with the debut of a story around iconic DC villain The Joker becoming pregnant. This struck a nerve with reactionaries who have, you guessed it, dubbed it “woke.” Writer of the series Matthew Rosenberg has responded to the criticism and rage in a blog post.

The Joker: The Man Who Stopped Laughing is a collection of tales around the clown prince of crime, with a sense of irreverence and unreliable narration. The most notable and controversial point was the inclusion of a “pregnant” Joker, who became “impregnated” by magic with a brown slime which turns out to be Clayface. And his son, sort of.

The outrage police were quick to voice displeasure to writer Rosenberg and artist Carmine Di Giandomenico, with Rosenberg penning a response to it all. He gives context to the story’s concept, with it meant to be a Silver Age-esque intentionally absurd story with few ramifications.

“…be sort of Silver Age style fever dreams of the Joker that explore different, non-continuity explanations of how there could be multiple Jokers and other themes of the main book. They are, literally, silly gag strips.

We wanted to pay tribute to the fun old stuff of DC’s history where Batman becomes 2 Dimensional, or Superman turns himself into a lion, or a tree, or an ant, or Jimmy Olsen marries a gorilla […] so they’re a little more violent, a little darker, but still mostly fun, consequence-free jokes. And so far the reaction has been amazing. People seem to really dig them!”

Rosenberg has also said the series is not intentionally meant to be an allegory for trans rights, but just a silly, magical food- poisoning story with the Joker. Rosenberg also remarks on Clayface being used historically as an allegory for sexually transmitted diseases, but stresses this is not his intention.

Similarly, he found it humorous the outrage coming from Fox News who he sees as being a little bit too protective of a psychotic serial killer who has done truly horrendous things before, without their outrage.

“Now I understand the folks at Fox News and the Post might look up to the Joker and see his an aspirational figure. Yes, he once grew enormous and ate all the people in China with a giant pair of chopsticks, but I guess they can look the other way on that. And yes, he once cut his own face off for fun and walked around with an exposed skull for a while, but who hasn’t? And sure he once paralyzed and then sexually assaulted a woman, took photos of it, and the projected them on a wall while he sexually assaulted her father, but I think Fox & Friends was kinda into that. I was in no way trying to damage the pristine legacy of this psychotic serial murder that they hold in such high regard, but I guess to them I did. And for that I apologize…”

The series is currently running, with it available in comic shops and digitally.