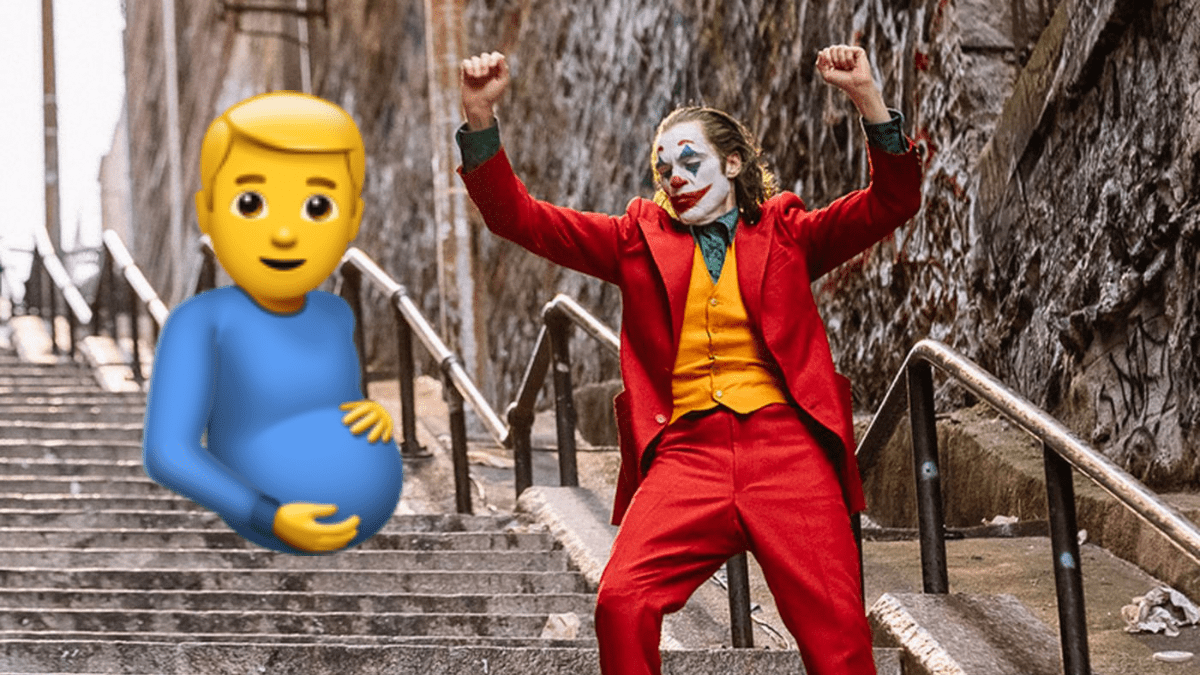 While the DC Film series is consistently on fire, its comic book side is flourishing and enjoying the type of creativity its films need. Most recently, it saw The Joker become pregnant. Yes, you read that right.

The dastardly clown prince of crime has become possibly the first man in DC’s history to become pregnant following a recent run of comics. The famed DC mage Zatanna cast a spell on the supervillain to prevent him from ever having children, only for the wording of the spell to backfire.

The result was only stopping other people from mothering his child. So, next thing you know, The Joker is both the mother and father of his own child. Or arguably, Zatanna is the mother. Look, it’s complicated and stupid and fun. So we’re very sorry Piers Morgan, the pregnant man emoji you hated so much is now very useful.

The Joker attempts to work out where the baby would be coming out from, before throwing up a stack of brown goo which seems to be his child. Magically, it forms into a child who he cannot help but admire and deem to be beautiful. Much like Star Wars, it’s really a story about family.

If you take a real look at it, The Joker may have become an icon for transgender men the world over. While some trans-exclusionary radical feminists will probably get very mad, this does kind of work as an uplifting tale of a man giving birth, and the gender of the birthing parent really not mattering. The Joker loves his son all the same.

We really hope the upcoming Joker: Folie a Deux is actually just an adaptation of this story. If not, make it the plot for a three-quel. The world needs to see a pregnant Joaquin Phoenix give birth as Joker.

This irreverent tale titled The Joker: The Man Who Stopped Laughing is from Matthew Rosenberg and Carmine Di Giandomenico, who have undoubtedly cemented their names in history with this story. This story is better than any Clone Saga, Year One, or crossover series out there.