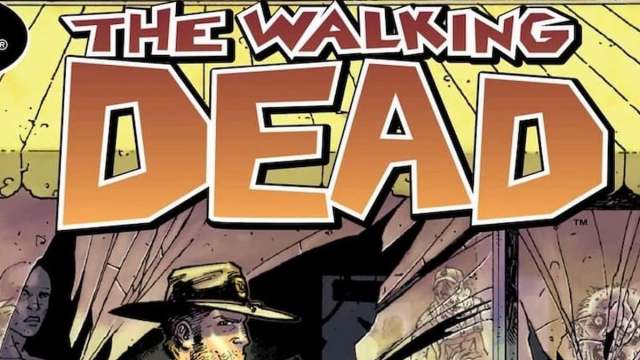 The Walking Dead began as a comic book in 2003 and has since expanded into a multimedia franchise with multiple television shows, video games, and other spinoffs. However, even though there are multiple shows still running, and games in development, the project that started it all, The Walking Dead by Robert Kirkman, Tony Moore, and Charlie Adlard ended in 2019.

The comic ending was a surprise for fans, as at the time Kirkman had advertised issues past issue #193, the ending of the series. He also used to talk about ending the series at issue #300, so fans were not expecting it to end over 100 issues earlier. But, even though this was a surprise, it did not impact the series all that much because AMC’s popular series based on the comics often deviated from the source material. With that being said, let us take a look at the ending of The Walking Dead comics while keeping in mind that it obviously does not spoil the ending of the show, but that there could be some similarities.

How does The Walking Dead comic book end?

The last issue of The Walking Dead was #193. Two issues prior in issue #191, the main protagonist of the comic book, Rick Grimes (played by Andrew Lincoln in the series) was shot and killed by a man named Sebastian Milton (played by Teo Rapp-Olsson in the series). Sebastian was the son of Pamela Milton (played by Laila Robins in the series), the head of the Commonwealth. Carl, Rick’s son, was the one who discovered him in issue #192, where he had turned into a zombie and he immediately shot him in the head. Of course, they killed Carl in the show, while Rick will be getting his own spinoff. Carl spends the rest of the issue understandably distraught because of his father’s death. Sebastian proves not to be a problem as Pamela imprisons him, which was not only what Rick would have wanted but it also allowed Carl to watch him suffer in a cell.

Issue #193 picks up 25 years after Rick’s death. Carl Grimes is older, married to Sophia, and the pair have a daughter named Andrea. The world has changed in the 25 years since Rick’s death, as walkers are less common than they were years earlier, and the Commonwealth lives peacefully. Although outside of the safe-zone they have set up with their train tracks and immense security measures, things are similar to how they once were with walkers roaming the lands. So when Hershel Greene, the son of Maggie Greene and Glenn (played by Lauren Cohan and Steven Yeun in the series), comes to town transporting a wagon full of walkers — one of which wandered onto Carl’s farm — Carl goes ballistic and punches Hershel in the face. Hershel’s reaction is to take Carl to court and to have him charged with destruction of property.

Carl is set free, but not before he runs into Maggie herself who is now the leader of the Commonwealth, and named President. One of Carl’s stipulations given to him upon his release was that he needed to provide Hershel with another walker. Instead, he killed all the walkers remaining in Hershel’s cart before leaving. A large part of the issue is Carl journeying with Lydia (played by Cassady McClincy in the series), coming across various characters in the series so we might get a glimpse as to how they turned out 25 years later. He even attempts to make contact with Negan (played by Jeffrey Dean Morgan in the series), but he either was not home when Carl made contact, or he simply did not answer the door.

Carl’s actions did end up catching up with him though, as Hershel reported that his walkers had been slaughtered. Carl was summoned up to Commonwealth One to have his case heard by the High Court in front of Judge Hawthorne, which turned out to be Michonne (played by Danai Gurira in the series). After pleading his case and explaining that for him the threat of the walkers is still quite real and that the people of the Commonwealth have grown complacent, Michonne considers his argument and agrees, making it illegal to own and display walkers. Hershel yells at Carl for taking away his ability to display the walkers, and claims that by outlawing the practice he will be taking away the only connection he had to his father. Because people only referred to Rick’s sacrifice and idolized him, nobody talked about Glenn’s sacrifice so he did not know much about his father. The rush he felt collecting the walkers reminded him of his father, and with that connection being closed off to him, he leaves infuriated.

The issue ends with Carl reading a story about the Trials, which is what they call the first years of the apocalypse, to Andrea. While he tells the story we get a look at the people who managed to survive as well as the graves of Rick and Andrea (played by Laurie Holden in the series). Carl tearfully tells his daughter that her grandfather would have liked her and that the story is about him, which she, of course, already knows. The implication is that The Walking Dead is essentially the tale that Carl tells his daughter, although it is most likely a sanitized version of the story. So The Walking Dead did not end with some big fight between two communities, or on the down note that Kirkman originally wanted to end it on. Instead, we were told what happened to our favorite survivors and it ended on a melancholy, seemingly happy, and optimistic ending.

If you did want to see how the book ended yourself, you are in luck, as the series is quite popular and your local comic book store or favorite online retailer should have a number of trade paperbacks, hardcovers, or compendiums to choose from. Or you might be in luck and be able to track down a printing of the last issue, as it is not too old. If you want to start from scratch, and do not like the original black and white, the series is currently being reprinted in color in The Walking Dead Deluxe, with issues being released fortnightly and they come with reflections on the issues from Kirkman himself.

Be sure to catch the final episode of The Walking Dead on AMC, along with the other spinoffs when they eventually release.