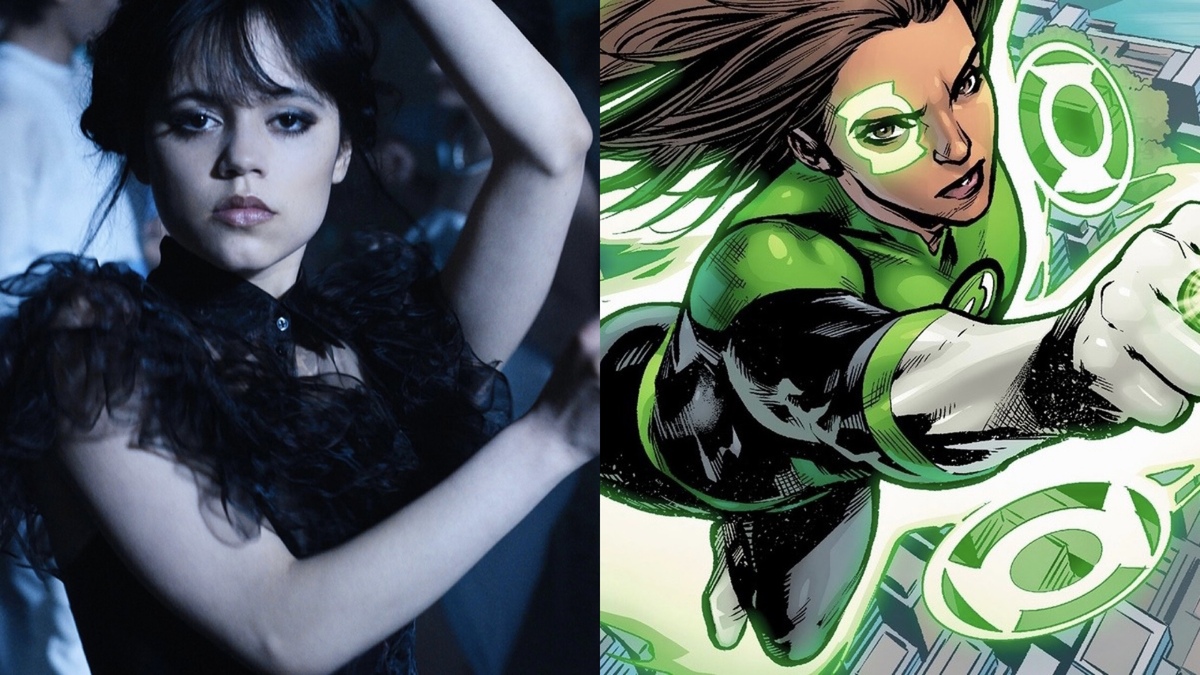 As one of the most popular stars of 2022,  Jenna Ortega has won the hearts of many for her role in the latest installment of Scream, and as Wednesday Addams in Netflix’s mega hit series, Wednesday. Now, with all the buzz surrounding her, she’s the subject of numerous fan casts, as many want to see her make her superhero debut soon. With the DCU set to make some big changes in the coming years, it seems a good fit for an actress like Ortega, who could bring to life pretty much any character she’s given, and aid the cinematic universe’s reboot led by James Gunn and Peter Safran.

If she is brought on board to take on a superhero, here are 9 DC Comics characters that Jenna Ortega would absolutely do justice if given the chance.

As one of the most powerful characters in DC Comics overall, it’s still a marvel that the mystical spell caster Zatanna has received the short-end of the stick in terms of live-action adaptations. As the daughter of one of the strongest magicians ever, Zatanna is highly skilled in magic, most notable for her backward incantations. The character is a prominent feature in Young Justice, and that’s where most mainstream fans know her from. There are many female DC characters that the talented Ortega would shine as, but of them all, she seems most suited to portray Zatanna.

Ortega has already been the subject of fan casts, and many want to see the star as Jessica Cruz, one of Earth’s greatest Green Lanterns. With a harrowing backstory, beginning with a traumatic event which led her to stay locked in her room for four years, Jessica is one of the most interesting characters in DC Comics, as she is the last to wield the Ring of Volthoom. Her story is definitely blockbuster-worthy, and with an actress like Ortega at the center, there would be enough room to grow the character out in the universe.

One of the lesser known DC Comics characters who Ortega would knock out of the park is the witty Atlee from the sub-world of Strata. Atlee is the new Terra and is unlike those who held the title before her. She might not have a superior or exceptional  storyline, but that only leaves more room for Gunn and Safran to create a refreshing live-action character and expand on her.

Another character with tons of room for storyline manipulation and expansion is Luornu Durgo, also known as Triplicate Girl, who is a founding member of the Legion of Super-Heroes. There’s no word on the timelines Gunn and Safran will be exploring, or if they will be opting for younger heroes from the past or future. Triplicate Girl is from the 30th century, but has made contact with some important characters from the comic books’ present-day, particularly Superboy when he was transported to the future. Ortega would definitely have her work cut out for her though, as each of Luorno’s three split bodies have different personalities, which would make her an interesting character to introduce to the universe.

Due to her reputation playing sarcastic and sharp-tongued youngsters, Ortega would be right at home as Raven. One of the most popular female characters in DC Comics, Raven is the daughter of Trigon the cosmic demon, and inherited some really insane powers from her father. Much like Zatanna, it’s a wonder that this character hasn’t been at the helm of numerous live-action portrayals. Teagan Croft brilliantly portrayed the character in Titans, but the character still deserves her time on the big screen. Perhaps a rising superstar like Ortega is what the DCU has been looking for.

The character Dolphin was still so young when she was abducted by an unknown alien race while drowning. She was experimented on and gained several abilities, most notably the ability to survive under water. While it may be a little risky to introduce the character with a solo project, as she is relatively underrated, her storyline is intertwined with the fan-favorite Aquaman, whom she fought alongside against the supervillain Charybdis. With Jason Momoa shifting his talents to the character Lobo, there’s ample time for a Dolphin and Aquaman story to become a reality.

The daughter of two highly superpowered parents, Green Lantern Alan Scott, and the villainous Thorn, Jade is a very strong heroine, and not one you should vex. She and her twin brother Obsidian are metahumans who never had the best upbringing, and yet have dedicated their lives to protection. Ortega would make an exceptional Jade, both as the everyday civilian Jennie Hayden, and the hero who is capable of harnessing the Starheart. Her storyline has several highs and lows, and if Gunn introduces her to the DCU, we can only hope Obsidian also has his time to shine.

A younger Black Canary would most likely be a hit for the DCU, as the older variant of the character remains one of the most popular and impressive martial artists in DC Comics. Many fans over the years have expressed dissatisfaction that a 24 year old Black Canary has looked and acted much older than her age in the comics, so getting an actress like Ortega to portray the heroine would score major points with them. Also, the character’s earlier storyline intertwined with Green Arrow could be a major selling point for the DCU.

With her phenomenal performance Wednesday, we’re pretty convinced that Elaine Belloc should be portrayed in a live-action adaptation by none other than Ortega. While a character like Elaine might never be introduced because, let’s face it, she’s pretty much the god of the universe, her adventures with her uncle, Lucifer Morningstar, offer some of DC Comics’ most innovative storylines. Elaine became in charge of Heaven after the abdication of her grandfather, known as The Presence, and has the powers of omnipotence, omnipresence, and omniscience. Her father, Michael Demiurgos, guarded the gates of Heaven before his death, and when reborn, he was exiled from Heaven after receiving unwanted counsel from Yahweh. Elaine Belloc will be one of the hardest characters to send to the big screen, as her powers are immeasurable, but if she is ever given the live-action treatment, Ortega would be a perfect casting choice.