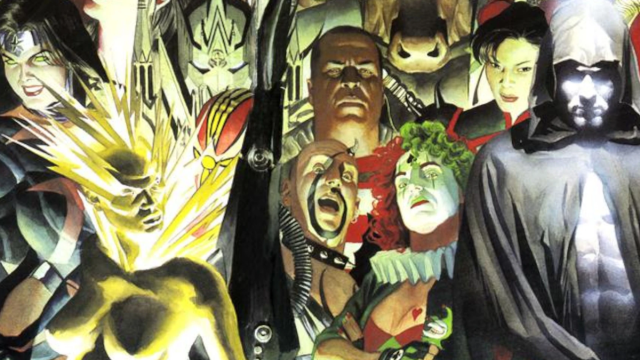 The news that James Gunn will take over as co-chairman and co-CEO of DC Studios generated a lot of excitement online. It’s led to people pouring over every public statement Gunn makes, hoping to get a hint as to what he plans to do with the DC movie franchises – and a recent post has fans believing that Gunn will bring a legendary DC comic to the big screen.

What did Gunn hint at?

As previously covered on WeGotThisCovered, James Gunn — like many famous Twitter users — recently made a profile on Twitter alternative Hive. After making the profile on Hive, Gunn set his banner image to an image from the legendary DC graphic novel Kingdom Come. Because of this, fans are debating if an adaption of this graphic novel will be Gunn’s first major DC project.

What is Kingdom Come?

Launching in 1996, Kingdom Come was a miniseries that DC published under its Elseworlds imprint – an imprint that DC reserved for stories that sat outside of the comic’s usual canon, meaning that Elseworlds comics quickly became known for their highly creative nature.

Written by Mark Waid and Alex Ross, with Ross also handling art, Kingdom Come ran for four issues. Set in the near future of the DC universe, it sees Superman and the Justice League give up their roles as heroes. This is because a new superhero, Magog, has become very popular with the public. Unlike the Justice League, Magog is happy to kill people. Most notably, while the Joker is on the way to his murder trial, Magog swoops in and kills the clown prince of crime. Which is very popular with the public.

When a dying Wesley Dodds (the first DC hero to use the name Sandman and one of the Justice Society of America’s founders) tells minister Norman McCay about a series of visions he had, ones showing him an apocalyptic future, McCay is worried. This gets more worrying when The Spectre appears and recruits McCay, asking him to pass judgment on an approaching superhero apocalypse. However, as things get worse, three factions form – a new Justice League led by Superman, Outsiders, commanded by Batman, and the Mankind Liberation Front, led by Lex Luthor. And these factions start an all-out war with horrible consequences.

Kingdom Come left a lasting mark on the DC universe and the comics industry. Plus, the series was highly praised for its nuanced look at the nature of superheroes and its gripping storyline and several concepts from the comic have been introduced into the mainline DC canon. The storyline has been revisited several times, with 1999’s The Kingdom miniseries, 2007’s Thy Kingdom Come, and 2010’s Justice League: Generation Lost.