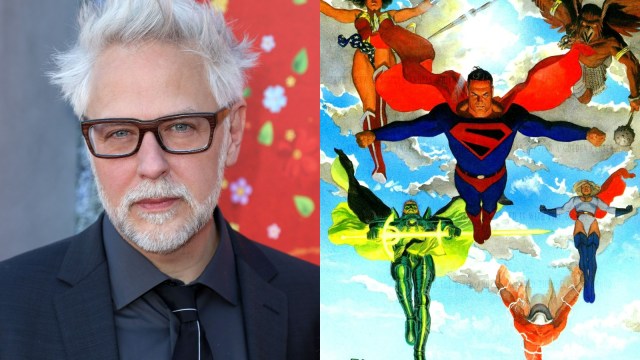 Ever since James Gunn officially took over the newly restructured DC Studios, alongside producing partner Peter Safran, The Suicide Squad helmer has been teasing fans non-stop on social media over which characters he might be about to bring to the screen. Unsurprisingly for the guy who brought us Peacemaker, Gunn has mostly hinted at obscure, cult favorite characters like Deadman, Jonah Hex, and even Bat-Mite.

His latest indication at his top-secret plans, however, suggests something much more ambitious that, if handled correctly, could definitely have the potential to be Warner Bros.’s next big blockbuster. Amid all the drama going on over on Twitter, the filmmaker has been setting up shop on alternatives to Elon Musk’s new playpen. This includes Hive, which fans quickly noticed features an intriguing choice of header on Gunn’s profile.

As you can see via the screenshot above, Gunn’s header comes from the seminal DC graphic novel Kingdom Come, by writer Mark Waid and artist Alex Ross. For those not familiar with it, Kingdom Come is one of the most acclaimed Justice League stories ever written. A darker, dystopian twist on the DC universe, it sees the older, original JLA have to return to face the corrupt next generation of heroes who are just as bad as their villains.

Honestly, a project like this sounds like catnip to the many Zack Snyder enthusiasts out there, which is interesting as it suggests Gunn might still be looking to make darker-edged DC projects going forward, despite his own personal tastes towards the lighter, sillier end of the spectrum. But, hey, let’s not get ahead of ourselves as this is just a Hive header we’re talking about, not a formal production announcement.

The first DC project spearheaded by Gunn remains to be seen, but his latest Marvel outing — The Guardians of the Galaxy Holiday Special — hits Disney Plus this Friday.