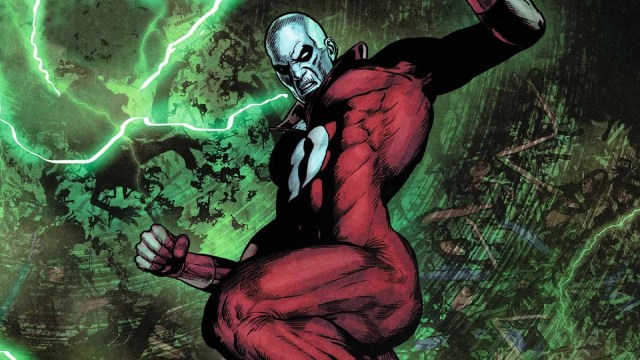 Is director and newly enshrined co-head honcho of all things DC James Gunn already playing his Deadman’s hand? The Suicide Squad director’s Halloween tweet features one of DC’s spookiest superheroes, Deadman. But does the post herald an upcoming Deadman project from Gunn and/or DC studios? Or is it just seasonal seasoning?

While Deadman doesn’t exactly have the name recognition of some of the Justice League’s A-List members, the character has been a fan-favorite of readers ever since he was co-created by created by writer and artist Arnold Drake and Carmine Infantino in 1967, especially after the late superstar artist Neal Adams took over art duties on the character shortly afterward. Deadman is the spiritual alter ego of deceased circus acrobat Boston Brand, a man murdered before his time who must seek out his own killer before he is allowed to rest. Although no one can see Brand (even Batman and Superman!) unless, by mystical means, he has the power to possess the bodies of others and control their actions.

Deadman has shown up multiple times in several DC Animated projects, including Justice League Unlimited, Batman: The Brave and the Bold, Justice League Dark, and even Teen Titans Go! but despite multiple attempts at a live-action TV project and even talks of a movie, the character has been confined to an animation-only existence. But that’s not keeping his fans from already acknowledging Gunn’s post as a winky nod to the possibility of a future place in the soon-to-be brand new-ish DC Universe Gunn is currently helming with co-CEO Peter Safran.

Deadman in the DCU, please. 🙏

One commenter even suggested that the DCU take a cue from Marvel’s successful Werewolf by Night one-shot TV special and introduce Deadman in a similar Halloween release next year.

Whether Gunn was issuing a secret proclamation or just using DC’s spookiest hero as a Halloween decoration we may not know, but if the reaction of the fans is any indication the character will get a very warm reception if Gunn chooses to debut him in the DCU of the future.