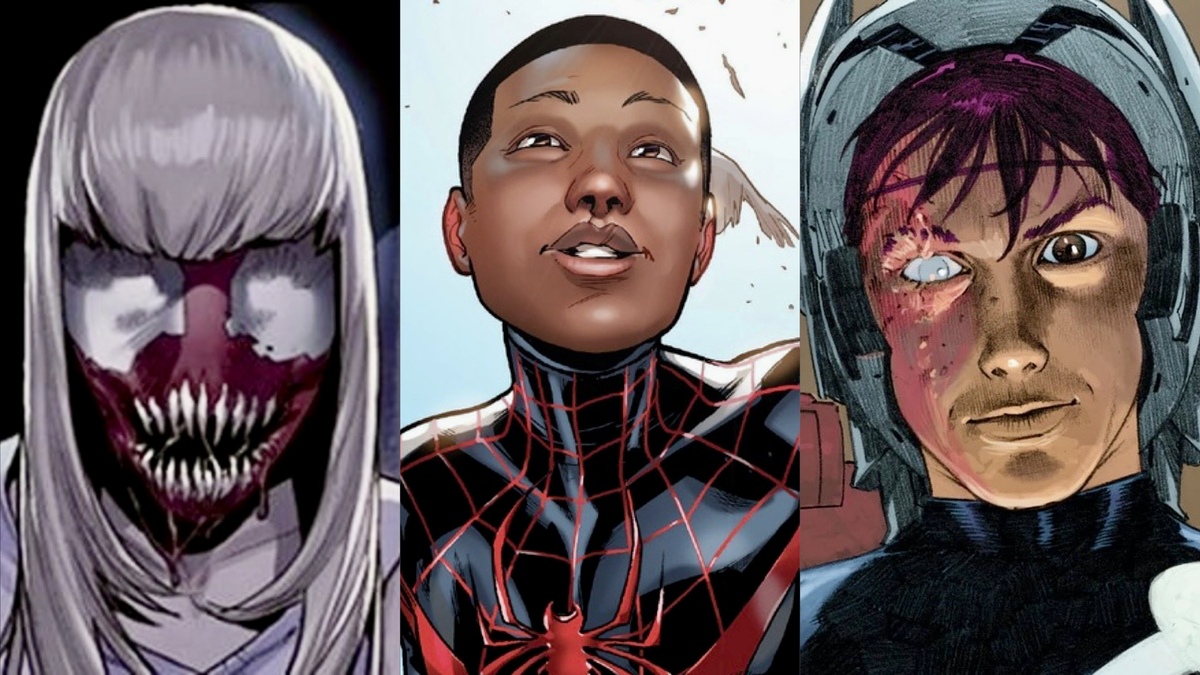 The Ultimate Universe was one of Marvel Comics’ greatest swings, and perhaps one of their biggest risks. The universe was created to deal with the tangled mess of continuity that the popular canonical comics had found themselves in by the turn of the century. Instead of relaunching or retconning the stories of their characters, Marvel Comics decided to create an alternate universe, Earth-1610, where they could essentially start from scratch with some of their best characters, and release unique storylines outside of the already established canon.

The Ultimate Comics were launched in 2000, and feature some of the darkest, grittiest, and most explosive stories Marvel has ventured into so far. Thankfully, the risk paid off, as the Ultimate storylines proved a big hit for the franchise, and while the universe is now destroyed, it still houses amazing twists on characters and plots that fans have come to appreciate.

So, here’s how the Ultimate comics portrayed some of your favorite Marvel characters.

Kitty Pryde is one of the most appreciated members of the X-Men, rising through the ranks to become the strong heroine we’ve all come to love today. She’s appeared in multiple live-action adaptations of X-Men storylines, and is a favorite to appear in future releases, this time by the MCU. Ultimate Shadowcat however is a whole other level of badassery, having fought against some pretty strong adversaries, including Deadpool and Galactus. Kitty’s responsibilities become magnanimous when she has to become Earth’s protector and stabilize human-mutant relations in the midst of world chaos.

A stark contrast from the lovable 616 character we all adore, Hank Pym in the Ultimate universe suffered from schizophrenia, and was a terrible husband and abuser to his wife Janet. Their marriage crumbled due to this, and Pym was removed from the Ultimates team due to his unstable nature. He eventually rejoined the team under the guise of the character Yellowjackets.

While we all know Steve Rogers as the noble Captain America from Earth-616, his Ultimate counterpart is not quite as wholesome. Steve Rogers on Earth-1610 is much brasher and less critical of the military he works for. He also leads this universe’s version of the Avengers, the Ultimates, and even goes on to become the president of the United States later on. Steve’s morality is less of the focus in the Ultimate comics, as he even kills his enemies when necessary, and leans more heavily on conservative American ideals.

Miles Morales is probably the Ultimate universe’s greatest success which is why Marvel comics decided to pull him into Earth-616 to join the main universe. He was introduced in the Ultimate universe after the death of Peter Parker and took on the mantle of Spider-Man. Even though fans weren’t very accepting of him at first, Miles has become the standout character of the Ultimate universe, with the character heading his own games and movies, most notably the Oscar-winning Spider-Man: Into the Spider-Verse.

In the Ultimate comics, Iron Man’s real name is Antonio Stark and not Anthony. The name change is the least of the differences between the two versions of the character though. While Anthony Stark of Earth-616 had to deal with a deadly piece of shrapnel stuck in his chest, Antonio had it much worse, as this version of Iron Man struggled with a debilitating brain tumor that was inoperable. Realizing that he wouldn’t survive the tumor was what drove him to become Iron Man, but not the noble one we’ve come adore, but an alcoholic and womanizing version.

Ultimate Thor is drastically different from 616 Thor, as this version of the god no longer has his powers. Due to some mind-bending tricks from Loki, Thor finds himself on Earth without any memories or powers from his life in Asgard. He gains a new set of powers through technology and becomes one of the most powerful heroes in the Ultimate universe, all the while trying to figure out if he truly is a Norse god of myth or just a powerful man with advanced technology.

Loki is much more powerful and leans more on his pure evil side than the playfully mischievous side we know and love. Loki worked in secret in the Ultimate universe to shape space and time according to his wishes. His trickery had Thor believing he wasn’t a god and he was able to deceive world governments and reorder the events of history to his liking. Ultimate Loki is one of the deadliest versions of Loki created in Marvel Comics.

The Mad Titan also got a revamp in the Ultimate comics. Instead of going after the infinity stones, we see Thanos on a quest to find the cosmic cube, a device that would boost his powers to unimaginable heights. Thanos in this universe is already significantly more powerful than the 616 version as he has psychic abilities, can read minds, and also has a cosmic awareness that lets him know what is happening all over the universe.

Wolverine has always been a gritty and dark character but the Ultimate comics took it to another level making Logan one of the deadliest and harshest characters in the Ultimate universe. The Ultimate run started the characters off younger than they were in Earth-616 so this Wolverine is less experienced, and a major difference between the two versions of the character is that the Ultimate version is not nearly as strong as the 616 version, as adamantium isn’t as indestructible in this universe.

One of the more interesting changes the Ultimate comics made was making Peter Parker’s love interest, Gwen Stacy, the host of the evil symbiote, Carnage. Though they used a clone of Gwen and not the actual girl, the weight of Peter’s relationship with her as well as his relationship with Venom made it interesting to see Gwen carrying the symbiote.

The Fantastic Four played a huge role in most of the Ultimate Comics and Reed Richards was the most important member. Instead of being the level-headed genius Mr. Fantastic, Reed is the evil villain, The Maker, in the Ultimate universe. The Maker’s life as Reed Richards starts the same as the 616 version but their paths diverged when the Maker began to believe that the world was too flawed to be saved and began to search for alternate realities. His success as a villain led the creators at Marvel to bring him into Earth-616 alongside Miles Morales.