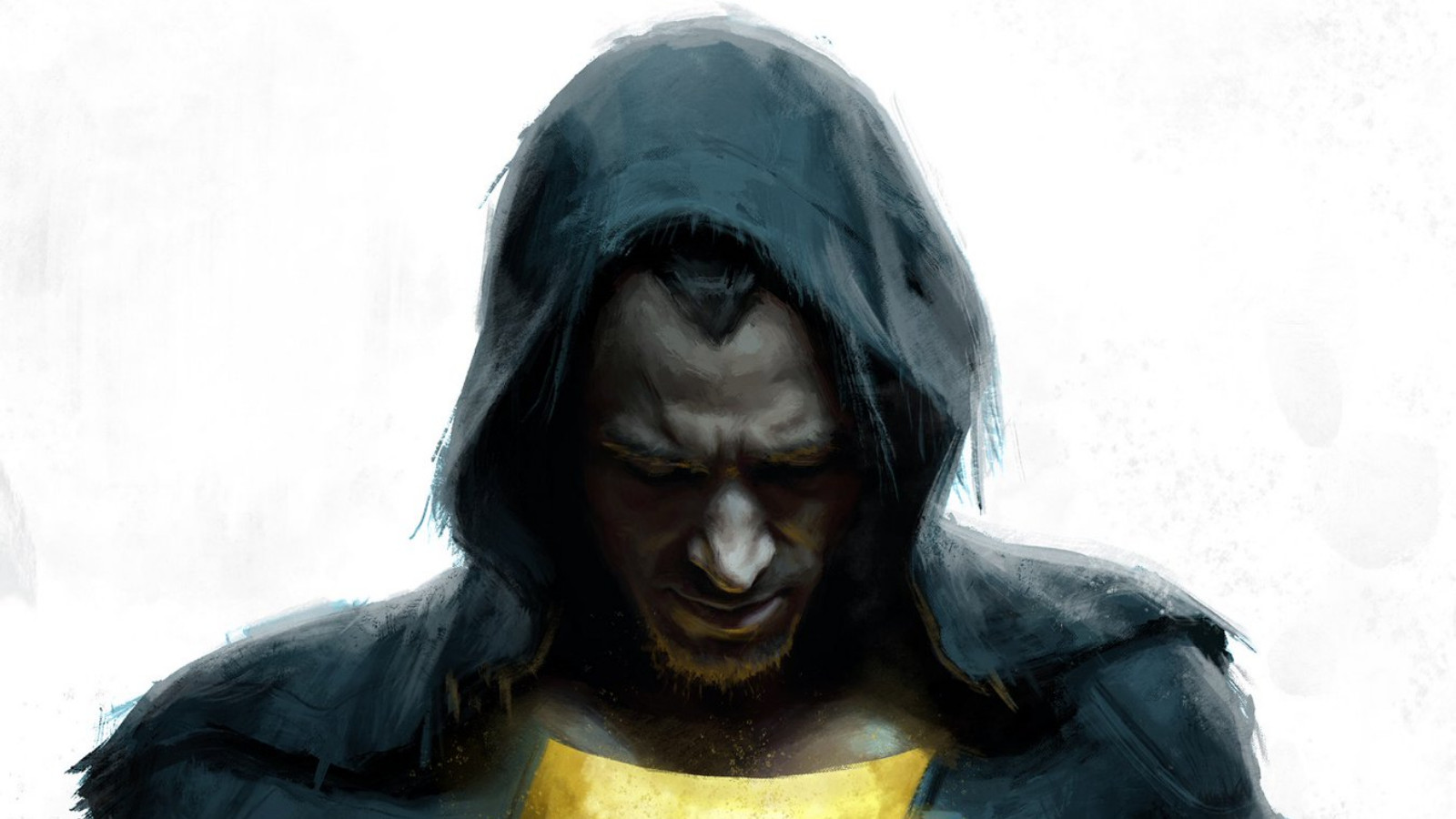 Black Adam won’t only have a movie this year starring Dwayne Johnson, he’ll also have a new comic book series that will explore his immortality.

DC announced the news via Twitter, along with the painted cover of the comic; Black Adam stands in front of a white background, with his fists clenched. His shadowy face is lowered in shadow, and he wears a cloak with the hood up. It’s a dramatic cover that will certainly capture the tone of the story.

The series is written by Christopher Priest (Justice League and Deathstroke), the artist is Rafa Sandoval (Justice League), and Irving Rodriguez (Detective Comics) does the painted covers. All of them have come together to deliver a new era of Black Adam as he faces a threat unlike any he’s encountered before.

In an interview from DC Comics, Priest talked about his excitement for this project.

“Forgive the cliché, but I’ve rarely been this excited about a new project … DC has provided an amazing opportunity for me to explore and, to some degree, reimagine this character in a very new light while bringing new challenges and consequences to a man who has lived far too long and is desperate for redemption.”

Before Black Adam became a powerful anti-hero, he was Teth-Adam, an enslaved man in Khandaq whose family was killed. He was granted magical abilities by the wizard Shazam, and rose up to defeat his oppressors, but Shazam felt like he had taken his vengeance too far, so he was imprisoned for millennia. When he was freed, he sought to lead and protect Kahndaq with an iron fist, and because of his methods, he clashes with other heroes, like his arch-enemy Billy Batson / Shazam.

In the new comic, Black Adam will be infected with an incurable plague that’s destroying his immortality. He’ll have to reconcile with his many sins over his lifetime, and the legacy he will leave behind. He transfers his powers to a successor to protect Kahndaq, and this will tether the two together in a new super-team that promises to be volatile and dysfunctional.