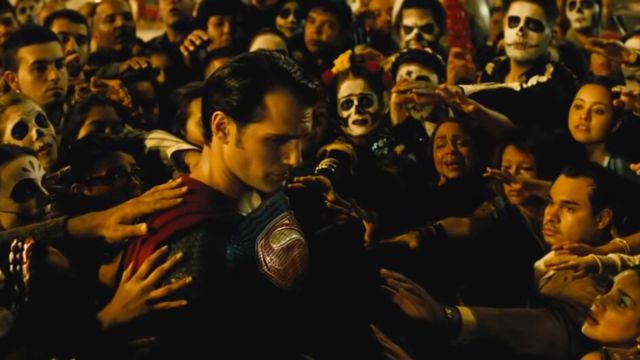 It was an ongoing theory in the DC community that Superman has religious subtext behind his character. Like when he’d be worshiped by the masses or how Superman would appear next to images of Jesus. And if you think I’m describing a few scenes from Batman vs. Superman: Dawn of Justice and Man of Steel, you’d be wrong as this has been an ongoing thing since the comics.

Reddit user u/Square_Engineer_8121 shared a gallery filled with images of Superman either next to various statues of Jesus or worshiped by his supporters like he was a saint. Something similar to Snyder’s interpretation of the superhero in the DCEU.

Fans who watched Batman vs. Superman and Man of Steel recalled a similar moment in the film where the son of krypton was treated like a heavenly savior. They also pointed out how Zack Snyder made the religious undertones almost blatantly obvious.

Fans poked fun at the Jesus symbolism behind Superman since the character was created by two Jewish artists. They pointed out how symbolizing Superman to Jesus is lazy as he was meant to be like Moses or a modern messiah.

Some fans expressed their ‘hatred’ for Superman as they’ve always thought he’s just some guy who wants to do good for humanity. But instead, people turned him into a deity. Oddly enough, these were the same complaints made about Jesus.

While it’s not 100 percent that Superman was meant to be a modern religious icon, people, including religious experts, have noticed the subtext. And while fans had mixed reactions when Snyder made it more obvious in the films, just note that the religious symbolism behind the superhero has been there for a long time.