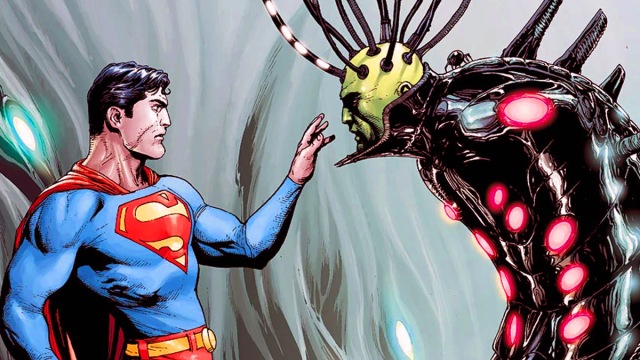 There are plenty of intelligent characters in the pages of DC Comics, where stories often find heroes flexing their brain cells as well as their muscles to win battles.

Naturally, the Golden Age of comics threw up plenty of scientists: some mad, some benign, and some both. Supervillain Lex Luthor developed from a scientist to a fascinating polymath before the Modern Age of comics, while Superman’s intelligence was suppressed as the Silver Age departed.

The number of characters who factor in intelligence is vast, and many of those wouldn’t take kindly to being left off this list. There’s master tactician Deathstroke, who can access far more of his brain power than regular humans. There’s also Riddler, who’s constantly failed to prove he’s cleverer than Batman. It’s no surprise who beats him to a place on this list. Others that sound like they should be on this list don’t make the grade. Several villains have taken the name Thinker, but only one is credited with a superintelligence — he lent his distinctive looks to the sociopathic variant seen in The Suicide Squad.

It’s a tough list to piece together, but we’ve rubbed together the gray cells to bring you the top 10 smartest characters in DC Comics.

Brain, founder of the Brotherhood of Evil, mainly pits himself against Doom Patrol and their Chief, his sworn enemy Niles Caulder. He’s more than a cerebrum preserved in a jar. He dedicates his genius-level IQ to perfect crimes, with a heavy emphasis on domination, aided by his mastery of psychology to manipulate and persuade others to perpetrate evil on his behalf.

By DC Rebirth, Brain increased his IQ by tapping into hundreds of thousands of people’s vacant thoughts, achieving mental divinity.

Ray Palmer isn’t just DC’s master of the quantum realm, but is probably the most traveled human ever. Palmer’s background as a physicist led to his extraordinary achievements that arguably no other DC scientist could have achieved. The young scientist used a mass of white dwarf star matter to create a shrinking lens and test the frontiers of reality like no other.

In the New 52 era, Palmer was the scientific advisor of SHADE, enabling the superhuman defense team to operate a microscopic HQ. His protege and successor Ryan Choi has a similar genius-level intellect.

Three supervillains have taken on the name Toyman, but it’s the most recent who holds the prize for smartness. Hiro Okamura arrived as a mechanical genius from Japan whose awesome mechs made him a key ally of Superman at the start of the 21st century and later earned him an honorary place in the Justice League.

The New 52 saw him rebooted as Toymaster, but he didn’t lose a quota of intelligence. Reverse-engineering the works of esteemed DC minds like Silas Stone and Professor Emil Hamilton, he created a massively multiplayer online role-playing game that put Batman’s life at risk when it manifested in real life.

T.O. Morrow is the criminal genius responsible for creating the androids Red Inferno, Red Volcano, Red Torpedo, and most famously, Red Tornado. Another classic scientist of the Silver Age of comics, he’s created TVs that could see into the future, allowing him to replicate advanced and future technology, trouble Silver Age heroes Hal Jordan and Barry Allen, and live up to his name.

Annoyed by superheroic interference, he created Tornado to infiltrate and destroy the Justice Society. Morrow’s post-crisis version was increasingly deranged by his glimpses into the future as he stole and adapted increasingly advanced technology.

A scientist who isn’t evil, except when a brief attempt to boost sales had him trying to take over the world. Mostly, Magnus is a benevolent and inspired creator. Holding doctorates in theoretical mathematics, mechanical engineering, and particle physics, he’s most famous for creating the AI superhero group, the Metal Men.

Each of the ‘Men’ exhibited abilities that corresponded with their base metal, along with different personalities that have, in various parts of the continuity, been credited to Dr. Magnus’ mental state or his deceased loved ones.

Michael Holt is gifted with an aptitude for having aptitudes. From a young age, he could pick up complex skills in a fraction of the time it took others. Still, Terrific regards learning as his primary talent. Before becoming a superhero, he had amassed 14 doctorates and established a multi-million-dollar tech firm. As a hero, he took the title of a Golden Age icon whose mantra was ‘Fair Play’ and supplemented his athleticism with skills and abilities gained through advanced nanotech and floating robotic T-Spheres.

In an episode of Justice League Action, the polyglot and polymath was confirmed as the third smartest man on earth, although the fact he wrote the list suggests modesty compelled him to put himself ahead of two and three on this list.

The top two on this list never regard Superman as an intellectual rival, which is precisely why he’s here. They must believe the hype of all those DC crises. Superintelligence isn’t the first thing you credit to Big Blue, but it’s been in his genealogy and abilities for many years. His physical enhancements are mirrored in his mental abilities, and he can process information faster than any other being. Before Crisis on Infinite Earths, Superman undoubtedly had a super-intellect, able to build advanced alien tech no one else on Earth could wrap their minds around.

In the Modern Age, Superman’s intellect has depreciated to a rather average genius level, theoretically keeping things interesting. Recent out-of-continuity dips into Superman’s legend, notably Grant Morrison’s All-Star Superman and Superman and the Authority, have seen him return to his roots, developing phenomenal tech and solving impossible problems in his Fortress of Solitude. There’s even the suggestion that if Superman trained his mind with the dedication of Batman, he could reach Brainiac levels.

Bruce Wayne is well known to DC fans, but not the wider DCU, as the most dangerous mortal on earth. He’s Earth’s greatest detective, dedicated to an endless crusade to defeat crime and villainy to the point. It’s easy to think of Batman as the man and Wayne as a convenient mask. Still, Gotham’s richest citizen had an advantage when tragedy set him on his path: an IQ thought to be more than 192 and possibly exceeding 200 — considerably beyond Einstein.

Lacking superpowers, Batman didn’t have to rub too many cells together to realize that focused intelligence was as important as mastery of fighting disciplines and maintaining peak physical fitness to ensure his mission succeeded. His incredible intellect has been enhanced over the years as Wayne has trained himself relentlessly, physically and mentally.

Lex Luthor has been credited as the most intelligent man on Earth many times, and that’s part of his problem. He’s a study of how the world’s most brilliant man responds to being challenged. Wracked with envy, he didn’t take the arrival of Superman well. Mark Millar’s Red Son developed that idea in an Elseworlds tale where Superman’s craft landed in Soviet Russia.

Luthor achieved his place as Earth’s greatest criminal in the mainstream DC universe thanks to his super intellect, eidetic memory, and gift for strategy. There isn’t a facet of science Luthor hasn’t mastered to extend his goals or enhance his business empire, including space, time and extra-dimensional travel, biochemistry, robotics, and synthetics. Luthor isn’t just considered the most intelligent human but one of the most brilliant beings in the multiverse. Arriving in the DC Universe during Doomsday Clock, the genius Ozymandias quickly identified Wayne and Luthor as the two smartest people on Earth. He headed straight for Metropolis.

In the vast expanse of the multiverse, there’s one being that loves to remind people about their intelligence. The name says it all. Brainiac, an enemy of Superman, and a multiverse-level threat who gives heroes and villains cold sweats, has been repeatedly confirmed as a 12th-level intellect. That’s a phrase that denotes the smartest inhabitants of the DC universe. Brainiac, the collector of worlds, can’t stop bragging about it, which is pretty rude when he’s in Earth’s proximity. Humanity is credited with an average 1st-level intellect.

Brainiac has undergone many mental and physical transformations over the years, but his incredible intelligence remains his key threat. He has enhanced calculation abilities, memory, and an astonishing grasp of advanced science. After Crisis on Infinite Earths, it was claimed his brain could process the knowledge of over four hundred ninety octodecillion beings.

Before his transformation, he exceeded the standard intelligence on his home planet of Colu and shared that gift with his lineage, including the superheroic Brainiac 5 of the 30th century.