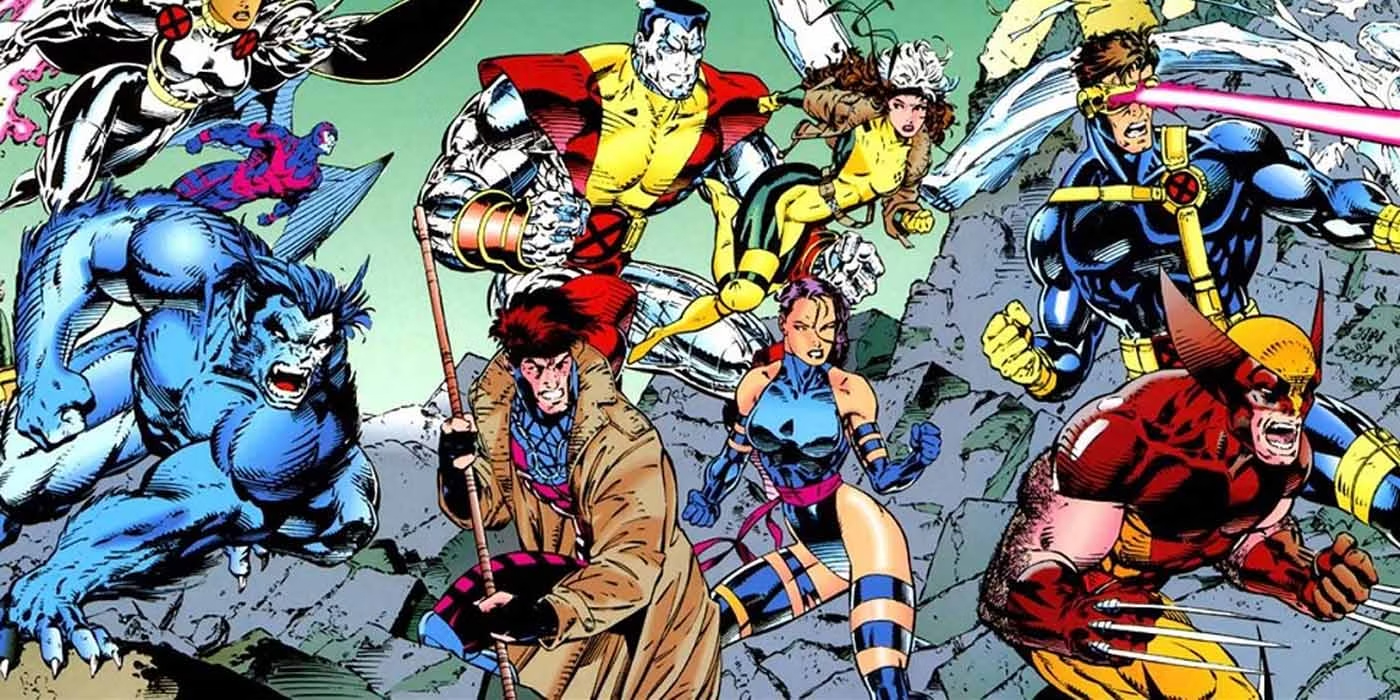 It’s fair to say that education has always been more central to the X-Men than strength. When Charles Xavier introduced Marvel Girl to the lean superteam, the fetching yellow and blue spandex went hand-in-hand with homework.

The thing is, it’s tough to make someone like Rob Liefeld draw geography classes every week. Many powerful mutants have stepped into Xavier’s School for the Gifted since Stan Lee and Jack Kirby opened the gates in 1963. Ever more powerful mutants have emerged to join or challenge Xavier’s superteam and ideals.

In The X-Men #1, Marvel Girl joined the talented mutants Professor X, Angel, Beast, Cyclops, and Iceman in the fight against evil mutants. It was genuinely uncanny that Xavier introduced a woman who would later become one of the most powerful mutants in Marvel Comics.

Lee and Kirby’s original team did not strike the right chords with fans, and it was in the mid-1970s when the revamped title truly took off. With that newfound popularity came a booming growth in the mutant population, featuring a host of new and imaginative abilities.

Powerful mutants include Mad Jim Jaspers, a reality-warping mutant who almost defeated Captain Britain in Alan Moore’s classic comic run. En Sabah Nur, better known as Apocalypse, was a mutant so old and powerful he boasted about ending the Bronze Age. Those aren’t shining examples of Homo-Superior, and certainly no X-Men, but that’s not to say that every benevolent mutant has joined Xavier’s school.

We’re only interested in X-Men here, and fortunately, Marvel has a built-in grading system to single out the most powerful. There’s always something to learn.

The most powerful mutants

The top-tier mutants are classed Omega Level, and there aren’t many, especially after M-Day saw 90 percent of homo-superior lose their powers. Those designated Omega aren’t necessarily the strongest in their mutant categories. Rather, it denotes that their primary abilities have an undefinable upper limit within its specific classification. To the relief of many writers, these characters are nicely untapped.

Omega-level mutants have been in the X-Men from the beginning, as you’ll see in this ranking of the most powerful X-Men.

Ice Queen Emma Frost is striking even before transforming her body into an organic diamond, gaining superhuman strength and durability. She’s more than the shinier Colossus—that’s her secondary mutation. Frost ranks as an Omega-level mutant for telepathic abilities and experience that just knocks Professor X out of this list.

Frost’s powers include psychic shields, mind cloaking, and telepathic illusions. She can absorb or download information into other minds and control, alter and sedate minds, or induce pain. Add psionic weapons and telekinesis, and the White Queen is terrible news for any opposition.

One of the original X-Men, Bobby Drake was a valuable young member thanks to his Omega-level abilities. He’s been known to worry about being a bit, well, lame, but Iceman has accessed the incredible upper limits of his powers during conflict or, much to his annoyance, under the control of mutants like Emma Frost.

Still, his thermokinesis, which allows him to project cold from his body, and the ability to generate and control air moisture to the extent of triggering a blizzard makes him a phenomenal asset in a fight. With a near-unlimited water supply on Earth, Drake theoretically has unlimited material to manipulate, whether creating an ice shell or turning his body into organic ice. When he raises columns and ramps of ice from moisture in the air, he only needs to worry about fatigue.

A descendant of an ancient line of African priestesses, Ororo Munroe has an innate connection to magic that enhances her power to manipulate a planet’s electromagnetic field and control its weather and atmosphere.

Munroe is considered one of the most powerful mutants ever. While she can utilize localized weather like blizzards, lightning, and humidity in melee scraps, she’s also controlled ecosystems on Earth and other planets. Most impressively, she once barely raised a sweat when she channeled the power of a galactic core to defeat a parasitic brood infection. One weakness other X-Men have to keep an eye on is a strong link between her abilities and emotional state.

Magneto is still the definitive bad guy of the mutant franchise, even if he’s been an anti-hero, hero, and X-Man. Erik Lensher’s powers of magnetic manipulation are well known, but he’s done much more than push around paperclips, bridges, and buildings. His knowledge and ability to perceive the world through the electromagnetic spectrum have seen him manipulate the iron in the blood, create wormholes, and engineer weapons of mass destruction.

Magneto’s complete control over magnetism has proved strong enough to hold together a decapitated Celestial, manipulate a planet’s magnetic field, and recall metal objects from light years away. If it’s connected to electromagnetics, Eric Lensherr is its master. Any foe has to hope Magneto’s body is sufficiently injured or fatigued to limit the strength he needs to unleash his immense power.

Quintavius Quire had a cool name before his mutant moniker hinted at the strength of his finely-tuned telepathic and psionic powers. One of the greatest intellectuals to join Xavier’s School, he was one of the professor’s prize pupils until the true extent of his abilities manifested. Second only to Jean Grey in the telepathic power stakes, his strength dragged him down a dark path.

That power was boosted by a secondary mutation that enabled him to survive non-corporeally. Worryingly, Kid Omega is thought to have a destiny as a future host of the Phoenix Force.

Hope was the first mutant born after M-Day when a distraught Scarlet Witch altered reality to reduce the mutant population. The telepathic shockwaves from her birth destroyed the mutant detection system, Cerebro, and she was raised in the far future by the cybernetic mutant, Cable, taking his surname.

Hope can manipulate the powers of other mutants in her proximity, regulating and boosting other mutants’ powers while resisting attempts from mutants like Rogue to do the same to her. Her Omega-level power and biography have earned her the nickname the “Mutant Messiah,” although she rejects the term, far preferring to emulate her adoptive father. Yes, she’s very good with firearms.

Another prodigiously talented Summers clan member, he may be Cyclops and Havok’s younger brother, but Vulcan comfortably outstrips their Alpha-Level mutant abilities. A complex biography—forcibly born when the Shi’ar Empire abducted his parents—became even more complicated when he was elevated to Omega-level powers by the massive discharge of energy expelled by M-Day.

Vulcan’s powers allow him to absorb, manipulate, and control energy, including other mutant abilities. He’s empowered with energy blasts, force fields, flight, and even a form of telekinesis. He can detect and transform remote energy, allowing him to breathe and even talk in the vacuum of space. It’s no surprise he’s been described as past Omega, but the enemies that frequently get the better of him are overconfidence and limited power reserves.

David Haller sneaks into this list thanks to his membership when the human/Sentinel hybrid, Bastion, besieged the X-Men. It wouldn’t be an issue if it were just down to power. The estranged son of Professor X has an unsubtle mutant name. Legion’s Omega-level ability allows him to generate spontaneous mutations, each with different skills.

Legion manifests each as new personas, the first being a telepathic mutant terrorist Haller absorbed when a traumatic event shattered the emerging mutant’s mind. It’s been suggested that of the split personalities in his mind, 200 are Omega.

Little did anyone know that the Marvel Girl introduced in 1963’s The X-Men #1 would one day threaten creation. Jean Grey may not always be Phoenix, but she’s been behind some of the most powerful mutant displays in comics when the Force has been dominant.

Jean Grey is an Omega-level telepath and not too bad on empathy and telekinesis. While her telepathic power is naturally limitless, when acting as the avatar of the Phoenix Force, she becomes the second most potent Abstract Entity in the universe. Her cosmic-level powers as Dark Phoenix pose universal-level threats. Even outside Phoenix state, she’s demonstrated the capacity to resurrect herself after clinical death.

Kitty was a breath of fresh air when she joined the X-Men—a gateway to the super-team during their 1980s heyday. Pryde’s phasing powers were handy but not necessarily offensive weapons. She could pass through objects, disrupt electrical fields, and simulate levitation.

In recent years, exposure to the power of the Black Vortex unleashed the universal potential of the mutant otherwise known as Shadowcat. Unshackled from the physical realm, she can now phase through planes of cosmic existence. At her prime, she’s been able to shift a planet and phase a giant space bullet through Earth, remaining focussed inside the weapon for two years. A Wolverine killer in an alternate reality, a demon and zombie slayer, one-time Star-Lord, and veteran of the Age of Apocalypse, Shadowcat isn’t just one of the most interesting X-Men, but she is the most powerful.