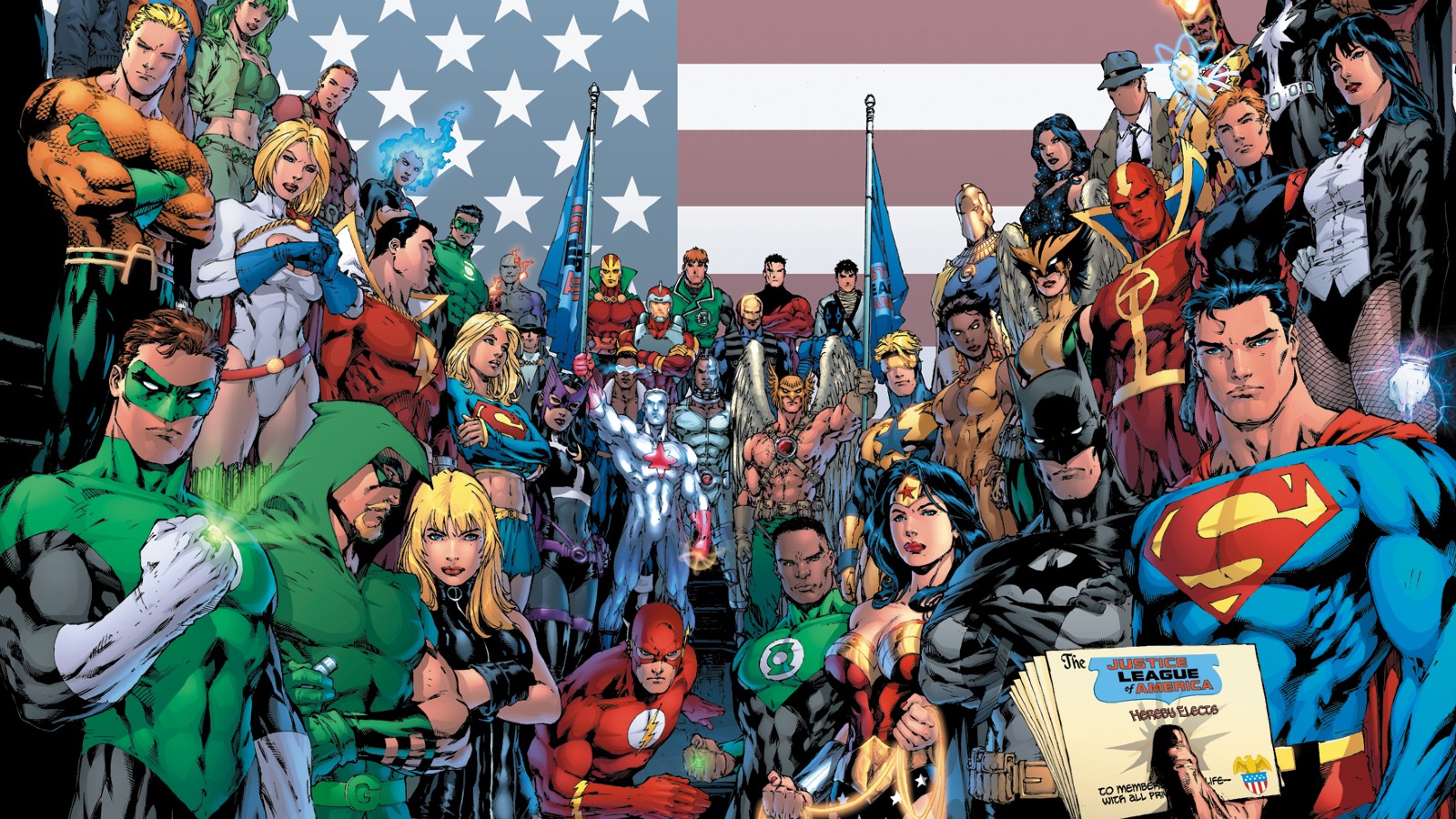 DC Comics’ premiere team is undoubtedly the Justice League. Comprised of the world’s best superheroes who unite to face global threats, the team typically consists of DC’s Trinity ⏤ Superman, Batman, and Wonder Woman ⏤ but it’s gone through numerous revamps and additions along the way. There have been multiple animated series, a live-action theatrical version, and Zack Snyder’s Justice League released on HBO Max in 2021, but it all started with the comics.

The first time the Justice League appeared was in The Brave and the Bold #28 in 1962, and the original roster included Superman, Batman, Wonder Woman, Aquaman, the Flash, Martian Manhunter, and Green Lantern. This team came together to fight Starro the alien starfish and it took their combined might to save the day. From that day forward, history changed and the long legacy of the Justice League has continued to captivate and empower fans.

The comics listed below are some of the best Justice League stories in the modern age that will help get you up to speed on the gang’s adventures.

JLA by Grant Morrison and Howard Porter is a quintessential Justice League run that everyone needs to read in order to truly understand the team in the modern-day. Morrison is known for taking stories to unbelievably imaginative places, and same goes for their run on this title, with an epic scope that no other writer has fully been able to match. The stories are just as enthralling now as they were back then.

Morrison questions the nature of superheroes by throwing them into situations that test them in inventive ways. They go into the Dreaming via Sandman, the fifth dimension of imagination, and battle everything from demons to Darkseid, and yet it never feels like too much. The JLA always wins the day.

JLA: Tower of Babel by Mark Waid and Howard Porter is the perfect follow-up to Morrison’s JLA run with brilliantly biblical undertones. Batman has compiled a detailed list of his fellow heroes’ strengths and weaknesses just in case they go rogue, but League of Assassins leader Ra’s al Ghul steals the information and defeats the JLA with tactical efficiency. Ra’s uses a technological tower that emits a low-level sonic signal that causes the language centers in the brain to mix up written words, and the world descends into chaos.

This Batman would set the tone for the character going forward. His hyper-intelligence turns into distrust and, in an effort to save the public, he crosses the line. Instead of things working out as he planned, his paranoia gets the better of him and the consequences become real. Tower of Babel opened the door for more complex stories to be told about the Justice League.

Brad Meltzer and Ed Benes’ Justice League of America run was really a sequel to Identity Crisis (a miniseries that’s also a must-read), which plunged the DC Universe into darker depths than ever before. In that story, members of the Justice League kept a big secret from other members (including the Trinity) and it spun out of control, fracturing the team, and several characters died.

Meltzer’s Justice League of America was putting the pieces back together again. It harkens back to older stories and begins with Superman, Batman, and Wonder Woman talking like old friends who have been through everything together. They’re recruiting members for the new team, and this time they want to be aware of their mistakes so they don’t make them again. There’s a sense of unbridled hope after so much darkness, and that’s what makes this story worth reading.

The late Dwayne McDuffie and Ed Benes’ run is one of the most underrated Justice League runs in history. McDuffie was an animation veteran. He created the animated series Static Shock (based on his comic Static), wrote for Ben 10, Justice League, Justice League: Unlimited, various DC animated movies, and the Justice League Heroes video game. He knew this world better than almost anyone else, which makes his run bittersweet because he wasn’t fully able to create the story that he wanted to because of mandates and Justice League characters being used in other places.

Regardless of that, McDuffie wrote some of the best characterizations of any writer and included characters that don’t often get the spotlight, like Vixen, Black Lightning, Firestorm, and Bronze Tiger. He even brought along the Shadow Cabinet from the Milestone Universe. It’s impressive what he was able to do with so many barriers, and he still created a story with heart and incredible entertainment value.

The DC Universe went through some dark times post-New 52, an event that saw much of what fans know and love erased in an effort to gain new fans, but Scott Snyder and Jorge Jimenez’s Justice League went back to basics with full throttle stories that went to new heights. This story takes place after Dark Nights Metal, an event where the Dark Multiverse tried to take over their universe, and the heroes had to stop a twisted, evil version of Batman from succeeding.

Snyder’s run feels like a spiritual sequel to Grant Morrison’s. In one story, the team goes to the Sixth Dimension, a plane of existence that’s beyond time and imagination where they meet their future selves. Seeing themselves this way allowed the heroes to look at their own paths and consider if they were taking the best course of action. After Snyder’s run on Batman, Snyder proved himself to be one of the best writers in the game, and his Justice League does not disappoint.