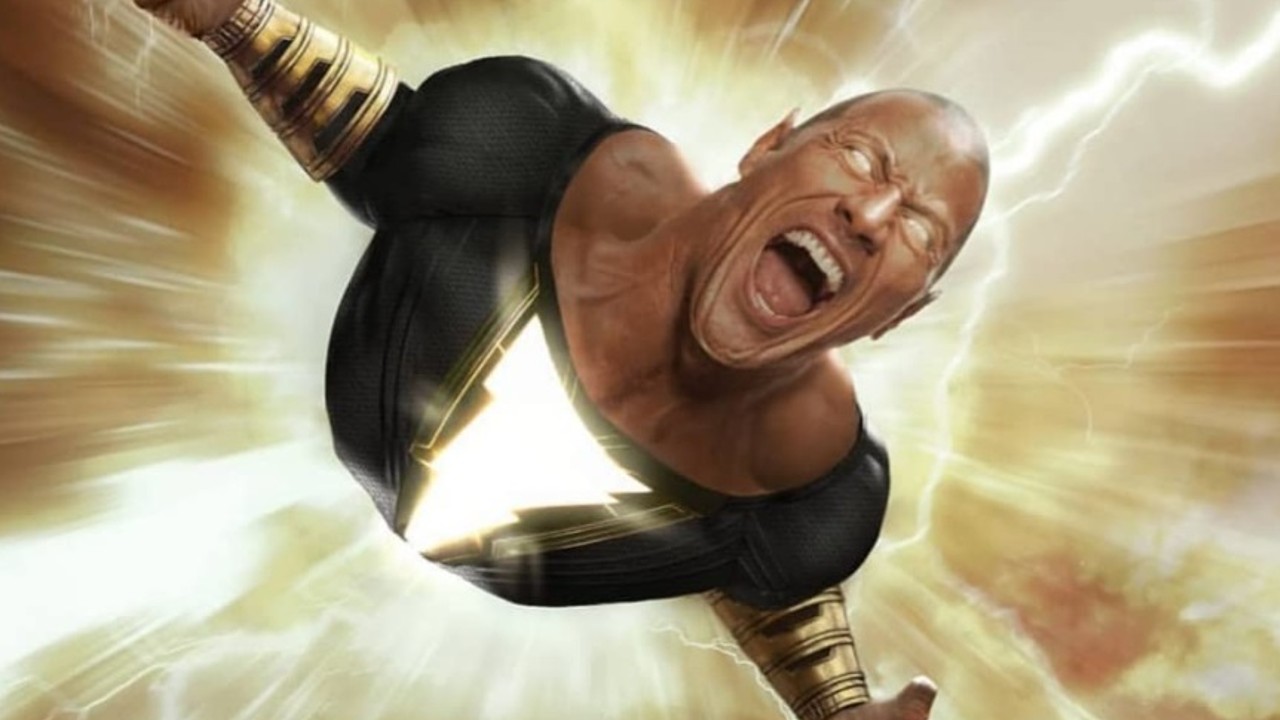 Black Adam is one of the DC multiverse’s most fascinating characters. He has a long history, first appearing in Fawcett Comics as a one-shot villain opposite the Marvel Family in the 1940s.

The Marvel Family is now better known as the Shazam Family, and their figurehead Captain Marvel as Shazam. They’ve been a key part of DC Comics since the publisher absorbed Fawcett Comics in the early 1970s. Soon after their arrival, DC revived their little-known foe as a primary nemesis. Since then, Black Adam has become a significant villain and antihero in Shazam comics and major DC events.

Black Adam isn’t the first villain to headline a DC movie, but Dwayne Johnson stepping into the black suit with a gold lightning bolt in 2022’s Black Adam is a significant statement. Johnson wasn’t joking when he warned in the years leading up to the film’s release that, “The hierarchy of power in the DC Universe is about to change.”

Black Adam’s origins were defined following 1985’s Crisis on Infinite Earths. That Crisis was a way for DC to update and refresh their character’s backgrounds. Black Adam’s reintroduction by writer Jerry Ordway in the graphic novel The Power of Shazam! was so definitive it wiped his previous appearances from continuity. Popular culture holds him as a warning for anyone wielding the power of Shazam. Like Billy Batson thousands of years later, Black Adam was granted the powers as the champion of the wizard Shazam in 1279 BC. His good deeds earned the wizard’s attention and superhuman abilities to go with the title Mighty Adam, a character linked to the mythological origins of occasional teammate Hawkman.

Centuries of loyal service ended when Shazam’s demonic daughter Blaze bewitched him. Convinced the pair should rule together, Adam killed Egypt’s Pharaoh and took his throne. The betrayal led Shazam to strip Adam of his powers, trapping them in a scarab as the former hero aged to death without them. Buried as Black Adam, the corrupted hero was reawakened and fused with scheming archaeologist Theo Adam in the 20th century. With a new mortal alter-ego, another intervention from Blaze restored his powers. Black Adam’s revival also led to the death of C.C. and Marilyn Batson, Billy Batson’s parents, setting up their eternal enmity.

The 21st century has been particularly good to Black Adam. He took a key and fascinating role in the revived Justice Society of America title, struggling to redeem himself as a compelling antihero following his split from Theo Adam. It was an incredible run from writers James Robinson, David Goyer, and Geoff Johns, setting up Black Adam as a fascinating character. He is a hero with no boundaries, willing to kill to achieve his goals, and one of DC’s grand immortals.

This excellent run led to a few tweaks to his origins that supported his antiheroic journey and set his future position in DC events. Rather than Egypt, Black Adam now came from the fictional North African country of Kahndaq. The country’s past invasion by a rampaging ancient supervillain had led to the death of his wife and children and triggered Adam’s rage. He swore to recapture his homeland by any means, but the wizard Shazam disagreed, robbing him of his abilities and life. In the 21st century, Black Adam returned to his home to complete his mission, becoming Kahndaq’s super-powered, firm but generally benevolent dictator. The 2022 feature Black Adam is set to adapt and modify these origins, keeping the loss of his family at the center of his motivation.

What are Black Adam’s Powers?

Adam is a deadly and highly powered adversary with powers equivalent to his rival Shazam. Initially, Adam could speak the name of the power-giving wizard Shazam and gain the same seven-part powerbase. But while Billy Batson’s Shazam calls on powers taken from Greek mythology and Abrahamic religion, Black Adam’s enhanced abilities are based on Egyptian mythology. He doesn’t just have the power of a god, but seven.

The stamina of Shu

Black Adam’s stamina provides endurance that makes him one of the toughest fighters in DC Comics, on Earth and space, thanks to his ability to function without food or oxygen. Sustained by magical energy, Black Adam’s immortal as long as he stays in his magically powered state. His superhuman healing ability can save him from most damage, but divine intervention could even reverse catastrophic wounds.

The swiftness of Horus

Black Adam isn’t as fast as the Flash but can move beyond human perception and reach light speed outside the Earth’s atmosphere. In addition, he can sharpen his awareness, processing information to match the rate he’s moving. His power of flight is achieved through willpower.

The strength of Amon

Black Adam can lift over 100,000 tons and match and defeat foes like his successor Shazam. He can trade punches with DC’s highest-powered figures. He’s taken on multiple opponents and is regarded as one of Earth’s strongest metahumans.

The wisdom of Zehuti (Thoth)

As well as access to vast resources of classical knowledge, Black Adam has superhuman recall and has displayed a unique awareness of the split between divine and mortal worlds. His mental abilities also allow him to subject people to his will.

The power of Aton

Aton’s gift allows Black Adam to boost his attack to god-like levels, although he rarely calls on it. He has been known to use the magical thunderbolt that channels his abilities as a weapon in battle.

The courage of Mehen

Psychological power is essential for Adam to wield his powers and deal with his challenging past. He is practically invulnerable on the outside and has exceptional mental resilience to go with it.

According to his post-Crisis comic book origins, Black Adam retained his powers after splitting from the wizard Shazam, thanks to a deal struck between Blaze and the Egyptian god Set. He functions with full capabilities in the modern age and has accrued new powers and honed his abilities over the centuries he’s operated.

Black Adam’s reform is partly thanks to the goddess Isis, who has provided a calming influence, direction, and increased powers in recent years. Additional abilities granted by the goddess include control over nature, elemental control, and telekinesis. As for the antihero’s occasional pointy ears, opinion is split if they result from the power bestowed on him or are a penalty for their removal. In comic book terms, it enhances his djinn-like appearance.

On the Superman scale, how does he compare to the Man of Steel everyone would like to see him battle on the screen? They may fight to a standstill, but Black Adam has a distinct advantage as Superman is vulnerable to magic.

What are Black Adam’s Weaknesses?

The DC multiverse is stacked toward good, so Black Adam is always liable to lose as a villain. As an antihero, his ability to work with teammates, good or bad, is limited. Black Adam has one of the shortest tempers of any superhero.

Magic works both ways, so as a magically empowered metahuman, Black Adam can attract the attention of other magical creatures and is vulnerable to highly-powered magic.

As shown by emblems on their chests, thunderbolts are central to the powers champions have gained from the wizard Shazam. While he can use them to his advantage, lightning attacks can weaken, damage, or de-power Black Adam.

Shazam is vulnerable if he reverts to his mortal form as Billy Batson. The situation’s worse for Black Adam due to his advanced age. He’s been turned to dust before, so the antihero’s well aware that he’s trapped in his magically-powered form.