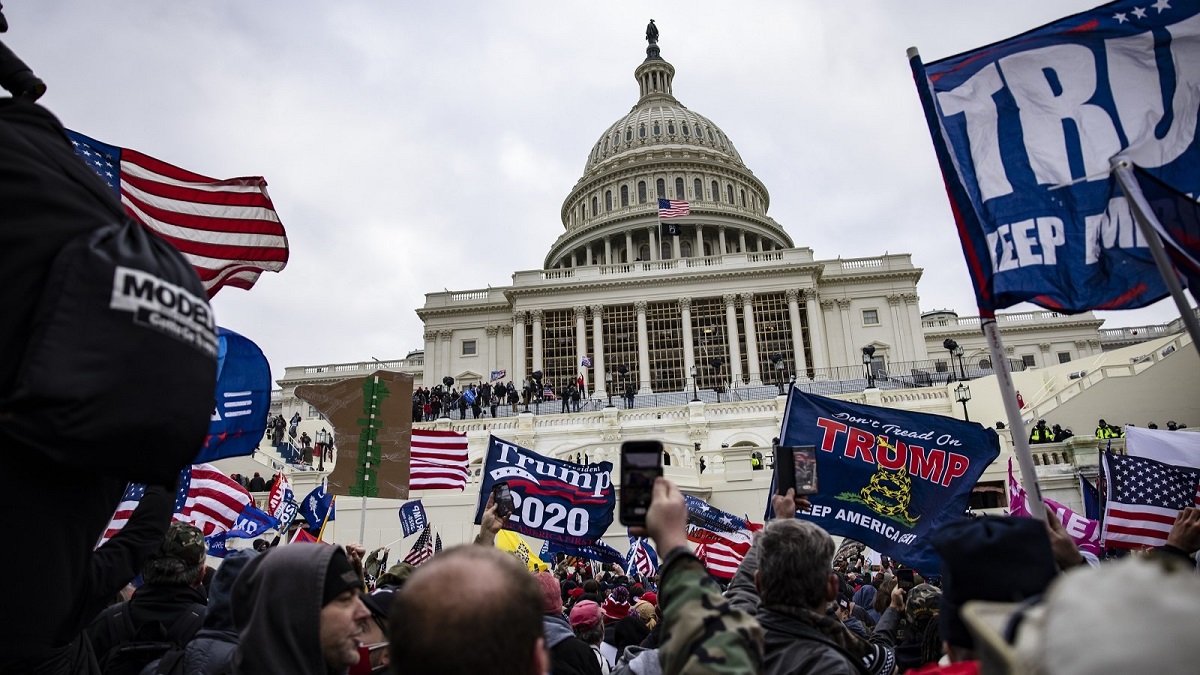 The events of the Jan. 6 United States Capitol attack sent shockwaves across America. Since then, many investigations have occurred across the country with various agencies working to track down those involved. Due to this, many who were involved in the attack have been convicted of various charges.

Recently, a rioter at the center of one of the event’s most frequently shared pictures was sentenced, but how many others have been found guilty?

Douglas Jensen is often called the poster boy of the Jan. 6 attack due to his prominent position in a picture showing several rioters confronting a group of police officers. For many, this picture is the enduring image of the attack. The photograph was frequently used in news reports about the events that unfolded that day.

As reported by CNN, Jensen was sentenced to five years in prison and 36 months of supervised release. In a sentencing brief, the prosecutors described Jensen and his actions by saying:

“Jensen was a ringleader during the attack on the U.S. Capitol, working to rile up the crowd and encourage others to follow him into and through the building.”

How many Capitol rioters have been found guilty?

Based on numbers collated by The New York Times and other sources, over 900 people have been arrested in connection with the Capitol riot. Other outlets, like Business Insider, estimate the number may be as high as 964 people. Of this number, 470 have pled guilty to various charges, and 335 people charged federally have been sentenced, and at least 250 of those have been sentenced to prison or home confinement.

Currently, the most severe charge handed out has been seditious conspiracy. Elmer Stewart Rhodes, the leader of the right-wing Oath Keepers, and 10 of his associates have been issued this charge at the present time. Based on Department of Justice filings viewed by Business Insider, the first rioter to enter their guilty plea was Iced Earth guitarist Jon Schaffer, also a member of the Oath Keepers.

The first felony sentence handed down due to the Jan. 6 attacks was given to Paul Hodgkins, who was given an eight-month sentence and will have to pay a $2,000 restitution fee.

The FBI is still requesting help finding some people involved in the attack. On the FBI’s website, you can see a list of who the organization is currently trying to find or identify in connection with the riot.