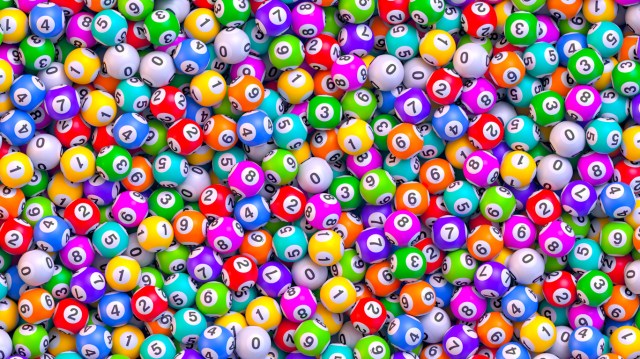 And this is especially true right now due to the gigantic jackpot prize. Every time someone fails to match all six numbers, the money rolls over and is added to the money put into the pot before the next draw, meaning that over time the jackpot gets bigger and bigger until someone eventually wins. At the time of writing, no one has matched all six numbers since April 15, meaning that there have been 29 drawings without a winner.

However, as the lottery is a collaboration between various state lotteries, the rules can be slightly confusing and overwhelming. So if you want to try your luck, here is everything you need to know.

How old do you have to be to Play Mega Millions?

What are the Odds of Winning Mega Millions?

According to Mega Millions themselves, the odds of winning the Mega Million’s jackpot are 1 in 302,575,350, so you’ll need some serious luck to walk away with the top prize.

However, there are plenty of smaller prizes for those who match some of the balls. In fact, according to Mega Millions’ figures, the chances of winning back your stake are 1 in 37, and 1 in 606 people will win $10. Overall, there is a 1 in 24 chance of winning a prize from the lottery. But obviously, the larger the win, the lower the odds.

To buy a ticket for Mega Millions, you must be in one of the participating states. You can also play if you reside in the District of Columbia or the U.S. Virgin Islands. Currently, Nevada, Utah, Alabama, Alaska, and Hawaii are the only states not participating in Mega Millions.

Where tickets are sold varies from state to state. Thankfully, the Mega Millions website includes links to each state’s dedicated lottery website, which contains a more detailed list.

In most states, you’ll have to visit an approved Lottery retailer. Many convenience stores and newsagents are signed up as retailers, meaning there is likely somewhere close to you. Some states allow you to search for local retailers by entering your zip code, making it very easy.

Georgia, Illinois, Kentucky, Michigan, New Hampshire, North Carolina, North Dakota, Pennsylvania, Virginia, and the District of Columbia have online purchase options. These are usually through your local lottery website or their associated app.

How to ask for a Mega Millions ticket?

How to fill out the Mega Millions ticket?

There are two ways to fill out the Mega Millions tickets. When buying the ticket you can ask for either an “Easy Pick” or “Quick Pick” ticket. The lottery ticket machine will randomly select your numbers and give you a ticket with them pre-selected.

The other option is to select the numbers yourself. To do this, pick 5 numbers from 1 -70. Then fill in the box for these numbers on the slip. You’ll also then pick a number between 1 and 25. This is your pick for the gold Megaball. You must match all five numbers and the Megaball to win the jackpot.

Some states also offer a Megaplier. By paying an extra $1, players can increase any non-jackpot winnings. During the official drawing, a Megaplier ball with either 2, 3, 4, or 5 on it will be drawn. Any player who won a prize that isn’t the jackpot and paid for the Megaplier will have their winnings multiplied by the number on the Megaplier ball.

Some states also offer a “Just The Jackpot” option. This ticket gives you 2 plays for $3. However, these tickets can only win the jackpot. They can not win the lower prizes. So you have to match every ball, else you get nothing.

How to find out the results of the Mega Millions draw

Mega Millions drawings are held on Tuesday and Friday at the following times:

There are several ways to check the results. You can check the Mega Millions website or your local lottery website. Also, most local and national news websites have a section that contains the latest winning lottery numbers. And many TV news broadcasts will feature a run-down of the numbers as part of their broadcast.