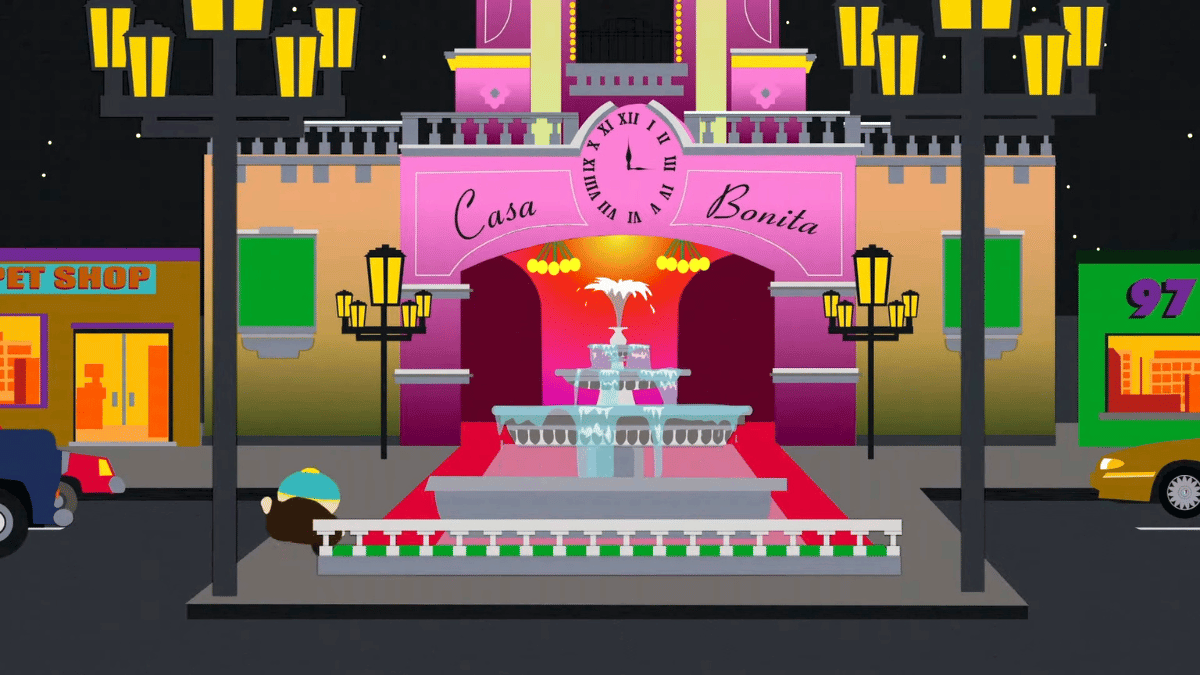 The world continues to collectively repress its memories of the past few years, with the pandemic not only causing all of us to be locked indoors for most of 2020 and parts of 2021, but for film productions to grind to a halt, and businesses to either suspend operations or shutter entirely.

Thankfully, everything seems to more or less be bouncing back, and there’s one more local, albeit high profile business making its post-pandemic return – the Casa Bonita restaurant in Denver, Colorado. It had been shuttered since March 2020, and South Park creators Trey Parker and Matt Stone purchased the establishment in September 2021.

The huge restaurant will be finally be reopening its doors in May 2023 after extensive renovations, per an announcement on Twitter made in classic Parker-Stone fashion.

It comes as no surprise that Trey Parker and Matt Stone made the hefty financial commitment to purchase Casa Bonita, having immortalized the establishment back in season seven of South Park.

The episode was titled after the restaurant and depicted its facade, and followed Cartman as he schemed to get himself an invite to Kyle’s birthday party at the restaurant. Naturally, the scheme involved kidnapping Butters and making him disappear for a few days, hiding him away and convincing him that the apocalypse had happened.

Would-be patrons eager to return to the restaurant can keep an eye on its website and social feeds for any further updates, but shy of that, we eagerly await Casa Bonita’s May 2023 reopening.