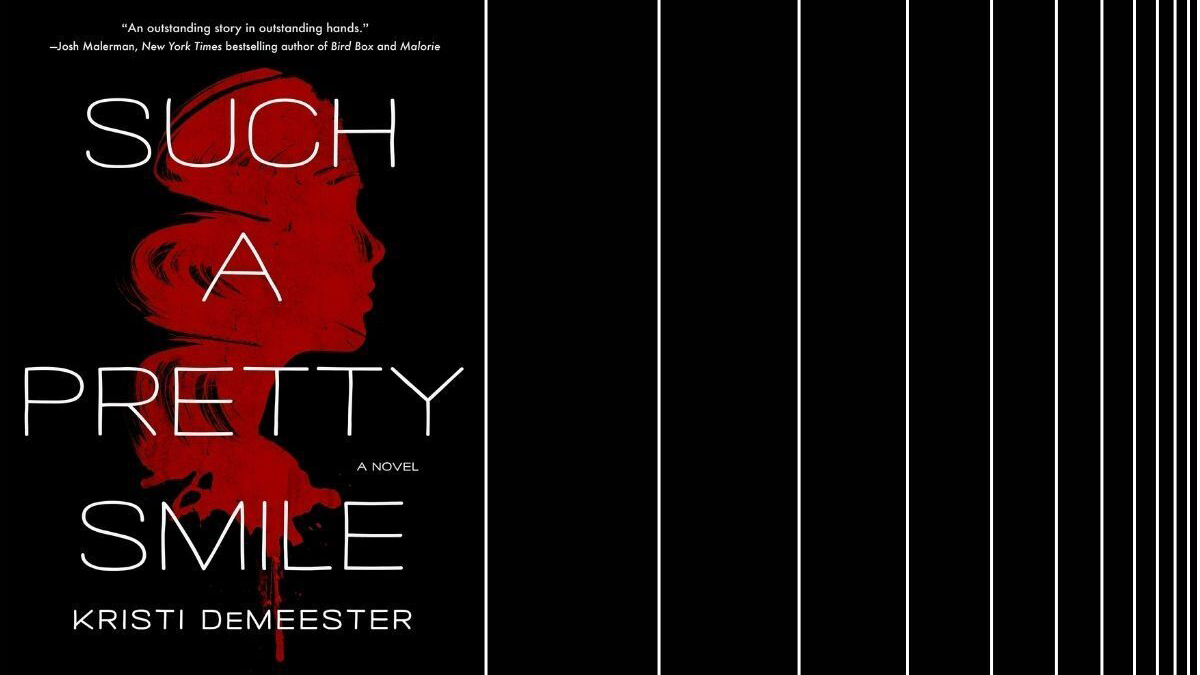 Kristi DeMeester’s new novel Such a Pretty Smile (released Jan. 18 on St. Martin’s Press) takes a mother-daughter narrator approach, with one in 2004 and the other in 2019, to detail a mysterious murderer – perhaps a person, perhaps something more undefined — preying on adolescent girls and terrorizing a community.

“There’s something out there that’s killing,” the promotional copy reveals by way of introduction. “Known only as The Cur, he leaves no traces, save for the torn bodies of girls, on the verge of becoming women, who are known as trouble-makers; those who refuse to conform, to know their place. Girls who don’t know when to shut up.

DeMeester — who bills herself on her website as “writing spooky, pretty things since 2010” — is earning accolades from a number of reviewers and fellow writers on her second novel. A number of them commented on the feminist nature of the novel, seemingly paradoxical that it is a novel built around a series of girls as victims. Author Christopher Golden noted that it was “a quietly brutal feminist horror novel,” observing that he found it “thoughtful, creepy, and razor-sharp,” before quipping, “This one will cut you.”

The book has one foot in 2019, following Lila Sawyer, depicted as a woman unable to share certain secrets with anyone close to her in her life — including her notorious mother Caroline, described in the book’s promotional webpage as “a unique artist whose eerie sculptures, made from bent twigs and crimped leaves, have made her a local celebrity.”

The book also harkens back to 2004 and the community’s first awareness of The Cur, and how Caroline’s life is shaken by mysterious developments — as first hearing dogs that no one else hears, and then going into trance-like state in which she creates the sinister-looking artworks that make her the talk of the town.”

As The Mary Sue noted in its account of the novel,

Although the horror in Such a Pretty Smile comes from the violence, gore, and otherworldly elements, it also emerges from an ever-present sense of foreboding that builds over the book’s pages. The touches of thriller elements come into play when our protagonists begin to realize that if they figure out what is going on with themselves and the string of murders, no one may listen or believe them. Very few moments in the novel feel safe, which provides for a transportive and spine-tingling reading experience.

They also commented on the depth of the novel that Publishers Weekly lauded as “darkly visceral,” observing

Such a Pretty Smile is not just another story about the murder of women. DeMeester adeptly shows how the violent deaths of girls affect the further control of women as if they are the ones doing something wrong. The author also takes aim at the ways these acts of violence are framed as inevitable.She further examines the culture of shame and silence that seeks to put women “in their place.” The quiet misogyny laced throughout the novel by the all too real experiences of being women.

The novel is available now through St. Martins Press, a MacMillan imprint, and for those musically inclined, the author has even created a playlist on Spotify to accompany the book’s theme and mood.