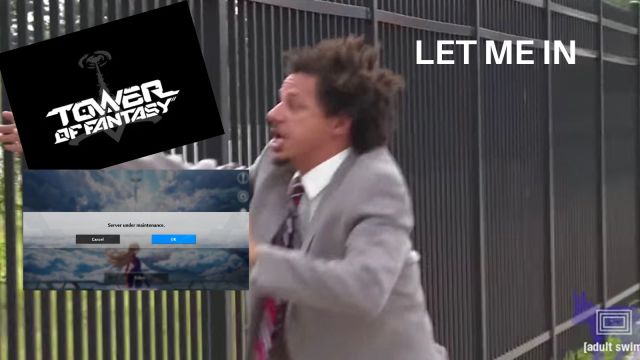 Today isn’t a good day for gamers across the world as almost four million players have reported that they can’t log into the latest open-world MMO, Tower of Fantasy, during the game’s initial launch. Not a good start.

Fans have reported multiple errors when trying to log in after waiting for months and seeing footage of the closed and open beta. Some were even lucky as they were able to pre-download the game’s launcher before release, giving them an early taste of the game through the character creation.

But it seems like millions of players who waited so long for this new open-world game were met with disappointment as they’re just sitting ducks at the game’s welcome screen. Fans have expressed their frustrations and disappointment on social media as they clearly really want to play the game.

To know how bad the launch day was, one user via the name of “Coffee_Cake” told We Got This Covered that they tried to enter multiple servers but were unable to enter the game. They sent We Got This Covered photos of their screen, warning of a wait time of over 24 hours just to get in.

Some online streamers have told their fans that they will not be streaming the game due to multiple known errors seen during the launch. And it’s odd since the game is reported to have multiple servers to accommodate the millions of global players that pre-registered the game.

Luckily, those who were able to enter the game gave tips on how to fix the launcher. They suggest relaunching the game through the task manager to help mitigate the log-in errors.

Ahh ok no worries, if you wanted to try you just need to press CTRL + ALT + Delete > Select Task Manager > Under Apps you’ll see tof_launcher (32 bit) > Right Click it and select End Task. Then when you re-open should hopefully let you login

The Tower of Fantasy team released a statement two hours after launch, where they announced they will be fixing ‘disconnection’ issues that players have been experiencing in-game.

“We regret to inform you that we have noticed some Wanderers experiencing issues listed below. The development team is urgently fixing these issues. We will notify you via announcement as soon as they are fixed…

… Compensation will be sent to your mailbox within 2 hours after the issues have been fixed. We apologize for any inconvenience that may arise as the result of this maintenance. Thank you for your support and understanding”.

Tower of Fantasy is described as a cyberpunk, futuristic game set on Planet Aida. Players are able to customize their avatars and will be able to meet and collect other characters in the game. Over 4 million players have pre-registered their accounts to play the game and will be rewarded with in-game items such as currency, clothing, and avatar banners, just to name a few.

So if you’re keen to enter this new world, Tower of Fantasy is now available on PC, iPhone, and Android devices. You just might be waiting a while.