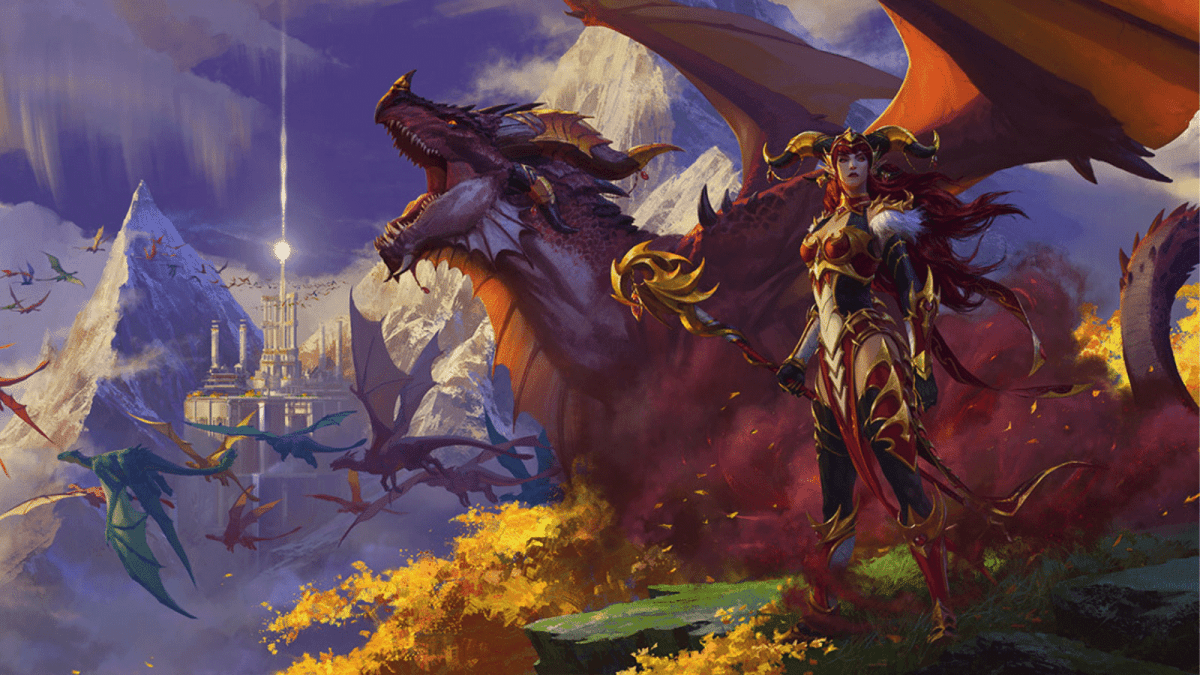 World of Warcraft: Dragonflight has now officially launched, although as these things tend to go when new expansions to wildly popular MMORPGs go, it can be a little bit tough to log in and get started on the new adventure that awaits you.

Of course, Dragonflight marks the return of the titular creatures to Azeroth following the somewhat divisive conclusion to a long-running storyline in the previous expansion, World of Warcraft: Shadowlands, and introduces players to a new continent called the Dragon Isles.

As such, the expansion features four new zones, plus a new starter zone which is most likely for the new playable race and class, the Dracthyr. Eight new dungeons, a raid, and of course – plenty of dragon mounts await adventurers rearing to undertake the new challenges that World of Warcraft presents them with.

Of course, the first hurdle to overcome when it comes to enjoying all of this new content is actually getting yourself logged into the game world – which may be proving troublesome for some at the moment. So are World of Warcraft servers down at the moment?

At the time of writing, it would appear that most, if not all World of Warcraft realms are running as intended. The best way to get an overview of what’s going on with WoW servers is using the official Realm Status page.

If the Realm Status page indicates that no issues appear to be present with your realm of choice, your next best bet might be to check in on the Blizzard Customer Support Twitter page, who are usually fairly quick in identifying and acknowledging any known faults with any given realm and providing rough timeframes on when downtimes will end.

At the very least, the account will tweet out possible solutions to existing problems players may be facing when trying to log in, as seen below:

When all else fails, it may be worth taking a look at Blizzard’s official forums to see if any possible problems you’re having are on the developer’s radar. Blue text in threads comes directly from Blizzard representatives.

Bear in mind, it’s certainly not uncommon for popular MMORPGs to have a few teething issues in the first few hours, or even days after the initial launch due to the surge of returning players. Final Fantasy XIV: Endwalker experienced similar troubles and extremely long queue times when the end of the Hydaelyn and Zodiark saga arrived late last year.