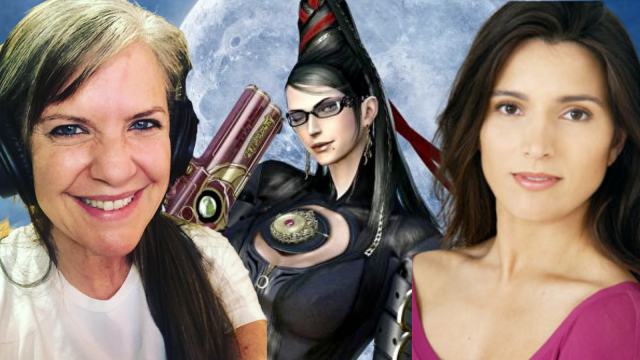 It’s always a little bit heartbreaking to discover that the voice to an iconic video game character is changing, particularly when they’ve been around for the better part of a decade and have become extremely familiar to its fanbase.

Kiefer Sutherland replacing David Hayter as Snake in the Metal Gear Solid franchise immediately springs to mind as the last instance in which a voice actor known for an iconic portrayal got snubbed for a sequel.

However, the circumstances under which Hellena Taylor lost her role as Bayonetta are entirely different.

The timeline of events

Bayonetta 3 was first announced back in 2017, but Nintendo was silent about the threequel all the way until last year when a new trailer finally surfaced.

Earlier this month, Platinum Games revealed that veteran voice actor Jennifer Hale would be lending her voice to the titular character, with the studio citing ‘various overlapping circumstances’ which prevented Hellena Taylor from returning to the role.

If that were truly the case, fans could probably happily be able to cut their losses; Jennifer Hale is a juggernaut of a voice actor in her own right.

She has voiced female Commander Shepard in the Mass Effect series, Leah in Diablo 3, and Naomi Hunter in the Metal Gear Solid series, among numerous other high-profile roles.

So Bayonetta’s likely in safe hands, and we’re sure Jennifer will do the character justice. It just so happens that we hadn’t heard Hellena Taylor’s side of the story.

Taylor alleges that she was in fact approached to reprise her role as the titular character in Bayonetta 3, however was offered a pretty abysmal flat buyout rate for her performance of $4000 USD.

Those within the voice acting industry, myself included, know that this is a pretty laughable figure for such a high-profile role. As Taylor points out, the Bayonetta franchise has raked in millions of dollars worth of profit since its inception.

In her explainer videos on Twitter, she asked fans of the game to boycott the third installment and instead donate the money they would’ve spent on the game to charity.

A few days after Taylor’s account of events, Jennifer Hale issued a very PR-friendly statement offering her take on what has transpired, saying a fair bit of nothing with a lot of words, but understandably so, given she is respecting her non-disclosure agreement.

The plot thickened further when Bloomberg got its hands on some insider information which indicated that Hellena Taylor may have been offered more money to return for the Bayonetta threequel than she had previously let on.

Two anonymous sources familiar with the negotiations told the publication that Platinum Games offered Taylor $3,000 — $4,000 per four-hour studio session, of which there would be at least five. The voice actor is said to have turned down the offer, countering with a six-figure sum as well as residuals.

Platinum Games was unwilling to accept Taylor’s terms, and after some further back and forth, the studio opted to recast the role of Bayonetta.

Taylor commented on Bloomberg’s information in an email, calling it ‘an absolute lie,’ and accused the studio of ‘trying to save their ass and the game.’ She expressed clear ire towards the whole situation, indicating she would like to put the debacle behind her and focus on her work in theatre.

Update: A week following the Bloomberg article, Taylor took to Twitter to further clarify the pay dispute, which seemed to line up with Schrier’s previous insider report – as well as revealing that some truth appeared to be bent in Taylor’s initial videos asking fans for a boycott of Bayonetta 3.

Taylor makes reference to her third video, in which she does in fact reference that the first offer was too low, which tracks. What doesn’t track is some truth-bending. In the aforementioned video, she recalled her conversation with Kamiya following what was presumed to be an initial lowball offer after auditioning to voice the full game:

I got a reply saying, ‘he values greatly my contribution to the game, that the fans really want me to voice it over, and the memory of first meeting me as Bayonetta is a memory I hold dear.’ So I thought, great, thank God. That was when they offered me four thousand US dollars.

Further to this, Taylor was blatantly clear in the first video in her thread:

“The final offer, to do the whole game, as a buyout, was four thousand US dollars.”