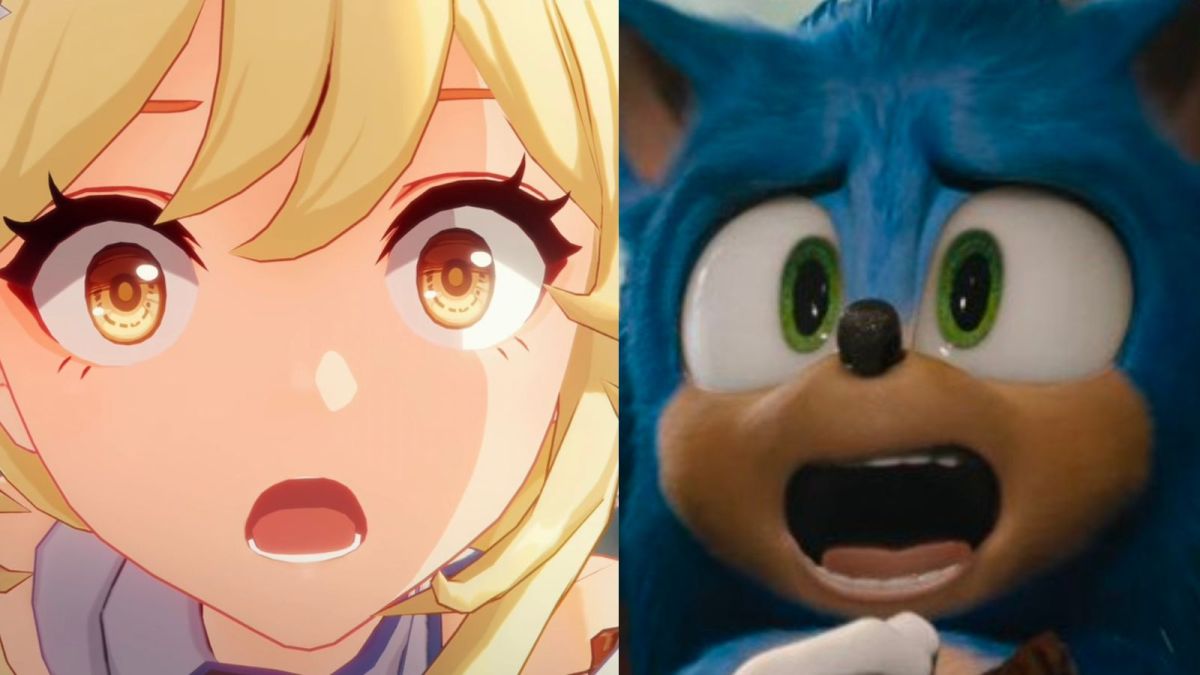 Image via Hoyoverse and Paramount Pictures

This year’s Game Awards was met with drama on social media when Sonic the Hedgehog fans conflicted with the Genshin Impact community. While both groups attempted to trash each other’s games and validate why their game is better, one creative soul tried his hardest to make peace through fan art.

Twitter user @Spideyhog shared an image of Genshin Impact‘s Lumine, kissing Sonic the Hedgehog. On it was the caption “make love not war” and used every hashtag that was used during this digital conflict. While there was an attempt to calm the two groups, you could admit that the image looks really, really cursed.

The reactions in the comments are almost gobsmacked. Most of them felt either felt shocked or confused by what they saw. …But hey, it did work, didn’t it? Both groups have something to agree upon — the weird feeling they had when seeing this image. One also wished that the two fandoms were still fighting rather than uniting due to this image’s existence.

Sonic Frontiers and Genshin Impact are neck and neck in this year’s Game Awards in the Players’ Voice category. Sonic fans believe that Sonic Frontiers should get the award, since it’s a new Sonic game and has added new lore to the franchise. Meanwhile, Genshin Impact was a game released in 2020 and shouldn’t be eligible for 2022’s event.

However, Genshin Impact fans claim that their game has a good story and the new updates are considered to be “expansions” for the title since it’s like playing a new game when visiting each new region. They also argued that Sonic Frontiers will forever be just “another Sonic Game” with little substance to the franchise.

But aside from People’s Voice, both games are competing separately in other categories. Genshin Impact is nominated for two awards this year, for “Best Ongoing” and “Best Mobile Game.” Meanwhile, Sonic The Hedgehog 2 is nominated for “Best Adaptation.”

While this image is definitely cursed, hopefully, it could pause the tensions during the event, especially when People’s Voice is announced during the livestream.