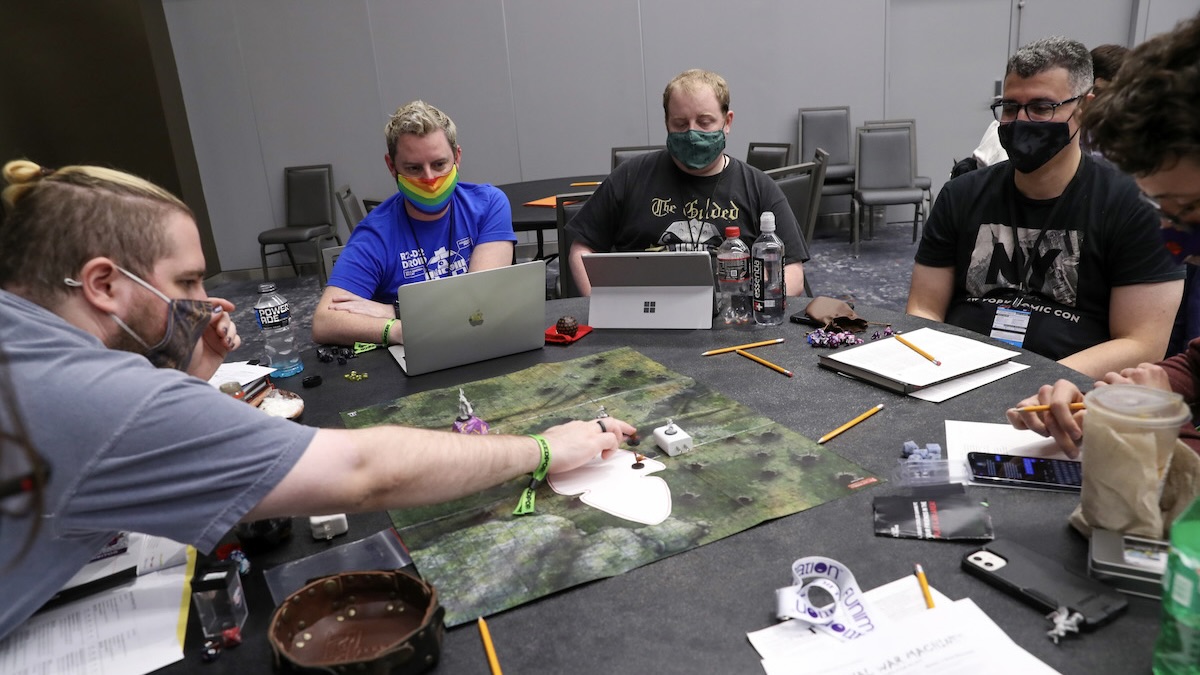 A huge change in company policy might forever change the world of tabletop role-playing gaming as it exists today. According to leaked documents, Hasbro and their subsidiary Wizards of the Coast, makers of Dungeons and Dragons, perhaps the most popular TTRPG of all time, are proposing sweeping changes to its standing Open Gaming License, a move which could have far-reaching consequences for any properties currently using the games system of rules.

Since the year 2000, Wizards of the Coast’s Open Gaming License, or OGL has allowed countless creators to utilize the gaming mechanics of D&D in their own IP free of charge, supposedly in perpetuity. That all seems set to change according to a recently leaked copy of WoTC’s new gaming license, known as OGL 1.1 which appears to not only affect works going forward but will affect anyone who has ever relied on the license.

According to the document leaked on Twitter, “This revised license is intended to protect the D&D brand by reducing creator confusion, preventing bad actors from tarnishing it, and preventing large businesses from profiting off it without proper checks and balances.” But the backpedaling is far more ominous than merely protecting the WoTC brand. At least that’s what enraged users believe.

As per the terms of OGL 1.1 creators must log any work that generates profit with the company and obtain a Creator Product badge as reported by the D&D Beyond website. And it doesn’t just extend to any monies generated through sales. Ad revenue from D&D social media, book sales, and “home-brewed” content are subject to the license. Additionally, as per the website, licensees making in excess of $750,000 a year must “share some of that success with [WoTC] by paying a royalty of 20 to 25% of the ‘qualifying revenue’ they make in excess of $750,000.”

While that may not seem to affect the community at large (few creators will find themselves in that kind of tax bracket) there is another part of the license that will and many players are up in arms about what they see to be overreach on the part of WOTC. Registering for a Creator Product badge will grant the company a “nonexclusive, perpetual, irrevocable, worldwide, sub-licensable, royalty-free license to use that content for any purpose,” effectively making any IP generated at least the de facto shared property of WoTC. The clause isn’t sitting well with the TTRPG community at all.

While smaller creators may not find themselves much affected, larger companies and properties such as Pathfinder’s parent Paizo, podcasts such as Critical Role, and other community pillars such as Green Ronin, Kobold Press, and more may find themselves as effective WoTC contractors.

According to GameRant, over 4,000 users so far have signed a letter of protest asking WoTC not to implement the draconian OGL update. In the meantime, some companies are taking preemptive measures, such as game maker Kobold Press who has announced the initiative Code Name: Project Black Flag that will develop “a new Core Fantasy tabletop ruleset: available, open, and subscription-free for those who love it.”

For its part, WoTC seems to be well aware that its potential “improvement” will not be well-received. It still remains to be seen if OL 1.1, once officially released will include the same implementations as stated in the leaked document. And, according to Gizmodo, the leaked document states that they know they “will receive community pushback and bad PR, and We’re more than open to being convinced that We made a wrong decision.”

It may be time for them to start getting ahead of this. Or at least catch up to the rest of the community.