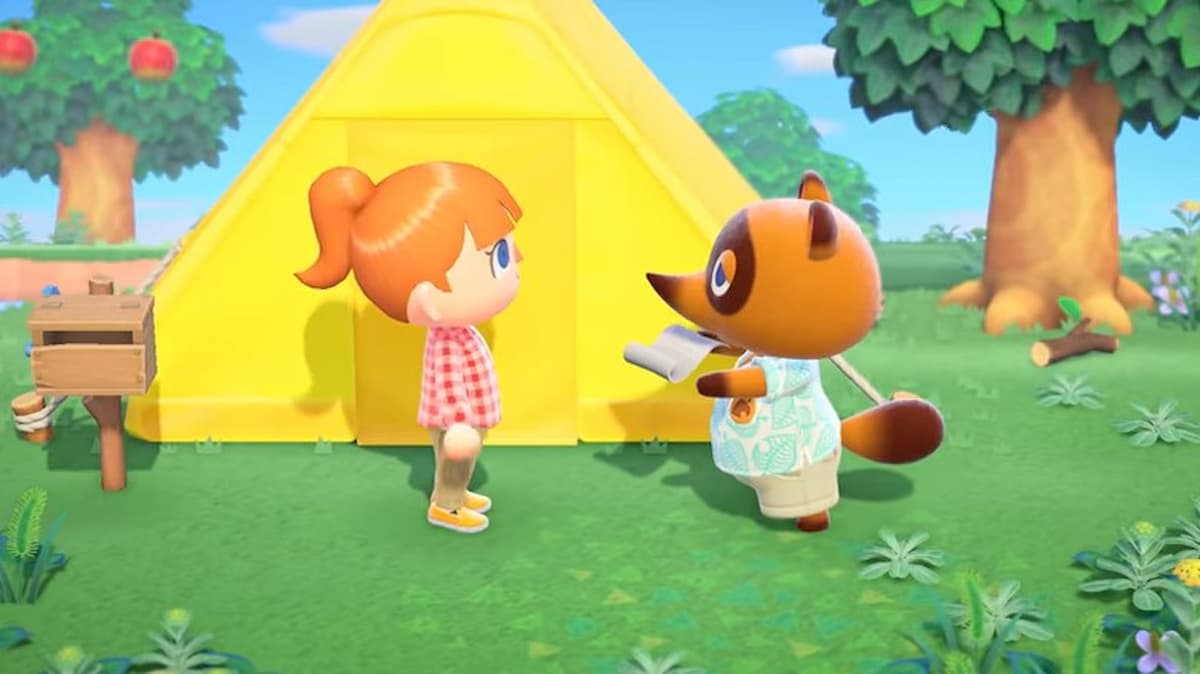 Every now and then, there comes a game that manages to calm a person down with its tranquil vibes and peaceful nature. The Animal Crossing series has never just been this type of game. Constantly in debt and attacked by insect after insect, the Animal Crossing series walks the line between zenlike and anxiety-inducing. Who hasn’t had a nightmare of Tom Nook coming to collect?

With that being said, you might be somewhere between stressed, exhausted, or too chilled out after playing hundreds of hours of Animal Crossing: New Horizons on the Nintendo Switch. Or, you might just want to move onto something new, something that feels like the experience you had playing Animal Crossing, but without actually playing a game in the series. Well, we have the remedy for your troubles.

If you are looking for a game that comes closest to the experience of Animal Crossing, a game that replicates some of the mechanics from the series and elevates the story, look no further than Cozy Grove. Cozy Grove was released in 2021, and it was developed by Spry Fox. You play as a customizable Spirit Scout who ventures to a haunted island determined to help the ghosts there move on.

As you walk around the island, you meet ghost bears, each having a different personality and unique quest line that will get you to complete tasks, usually by collecting something you can find on the island. Like Animal Crossing, you can fish, plant trees, sell items, and customize your island, as well as your campsite. The game is currently available to play on PlayStation 4, Xbox One, Nintendo Switch, Apple Arcade, and PC.

Have you ever thought about what Animal Crossing would look like if it were even cuter? Well, look no further than the Disney equivalent of the popular series, Disney Dreamlight Valley, a simulation-adventure game that was released in early access in 2022, with a full free-to-play planned for release in 2023, developed by Gameloft.

Like Animal Crossing, you can interact with villagers on your land aka the “Dreamlight Valley,” except in this game, they are all Disney characters. You can customize your character and do many other things that you can also do in Animal Crossing. For example; you can fish; cook; and plant a garden. Disney Dreamlight Valley is available on the Nintendo Switch, PlayStation 4, PlayStation 5, Xbox One, Xbox Series X, Xbox Series S, and PC.

If you ever wanted to play a game that was the combination of the best things about Animal Crossing and the best things about Pokémon, Ooblets is for you. Developed by Glumberland, the game was released in 2022 after two years of early access. As you travel around Oob, you can challenge Ooblets — cute little creatures that like to dance — to a dance battle. If you win the card-based battle, you can grow an Ooblet for yourself.

Once you grow an Ooblet, you can let them help you out on the farm. So, like Animal Crossing, there is a farming element to the game, as well as customization options, townsfolk, and even a shop. You can customize your Ooblets too! Ooblets is currently available on Xbox One, Nintendo Switch, and PC.

It might not have a similar play style or share many of the same mechanics, but if you are looking for a game with the same vibes as Animal Crossing, you should definitely check out A Short Hike, developed by Adam Robinson-Yu and Adamgryu and released in 2019. The game follows a bird who tries to get to the top of Hope Peak to get reception, meeting many fun characters along the way. It is filled with fun minigames like fishing and playing beachstickball. However, the story is a little deeper than your average Animal Crossing game.

One of the benefits of this game — that you don’t have in Animal Crossing — is that you play as a bird who can fly around the island you are on. Collecting feathers, which you can find on the island or earn by completing certain quests, grants you the ability to fly higher. You can even work your way up to the very top of the mountain on the island and glide back down, which is quite cathartic. A Short Hike is available on the Nintendo Switch, PlayStation 4, Xbox One, and PC.

You can pick the things you want to focus on in Animal Crossing, whether you choose to farm, fish, catch bugs or endlessly decorate your island. But if you do like to farm, you should take a look at Stardew Valley. The systems in the game are a little more complex than the systems in Animal Crossing, and so is the story. At the beginning of the game, you inherit a dilapidated farm from your grandfather, and the game has you fix it up and try and make it profitable.

There are multiple different characters who all have various roles in the town, and you can build up your relationships and even marry them. You can fish, farm, quest, and fight creatures in the caves. Stardew Valley was developed by ConcernedApe and it was released in 2016. You can play Stardew Valley on mobile platforms, the Nintendo Switch, PlayStation 4, PlayStation Vita, Xbox One, and PC.

You might have looked at this choice and hovered over the button to close your tab, but if you think about it, Animal Crossing and the newest entry in the Sonic franchise, Sonic Frontiers, have more than a few things in common. Both games are located on islands for you to explore, except Sonic Frontiers revolves around speed-based puzzle gameplay. While there aren’t villagers to talk to in Sonic Frontiers, you can talk to Amy, Knuckles, Tails, and Sage throughout each level.

There are also a species of little creatures called the Koco you can interact with, and collecting them, along with other pickups in the game, allows you to upgrade your abilities. The game even has a fishing minigame. Developed by Sonic Team, Sonic Frontiers was released in 2022 and it is available to play on the Nintendo Switch, PlayStation 4, PlayStation 5, Xbox One, Xbox Series S, Xbox Series X, and PC.

You might know the Story of Seasons series by another name, one it went by for years, Harvest Moon. Story of Seasons: Friends of Mineral Town was developed by Marvelous and it is a remake of a Gameboy Advance game, that is now available on Nintendo Switch, PlayStation 4, Xbox One, and PC. The game is similar to one of the previous entries, Stardew Valley, in that the two have a similar plot.

Like Animal Crossing, you can farm, cook, harvest, shop, and befriend your neighbors. You can also marry villagers, take care of animals and even have a pet. Ultimately it is not as cute as the Animal Crossing experience is, but if you want to spend some time in a different world, check out Story of Seasons: Friends of Mineral Town.

There probably aren’t many people reading this that have not heard of the insanely popular game by Mojang Studios, Minecraft. While it has gone through many iterations over the years, some of the main objectives in Minecraft are shared with Animal Crossing, like creating your living space and farming. There are more enemies in Minecraft, but if you want a more peaceful, zen-like experience, you can always play in creative mode or peaceful mode as well, which is closer to what you might find in Animal Crossing.

But, the main gameplay of Minecraft revolves around building and destroying blocks to earn resources. Like the other games on this list, you can fish, cook, farm, and talk to villagers. But with a game as expansive as Minecraft, you don’t need to stick to one or two things; you are only limited by your imagination, and on top of that, you can play with friends. Minecraft is available to play on many platforms, pretty much anything that has been released since the game came out in 2011.

The Sims 4 is one of the games on this list that does not mimic the mechanics of Animal Crossing, but it does nail the vibes one feels when playing the game. You can choose to be chaotic in The Sims 4 and kill your Sims, just like you can be chaotic and torment your villagers in Animal Crossing. Or you can play it safe and calm, and watch your Sims live their lives problem-free.

Developed by Maxis, the game was originally released in 2014, but in 2022, the game shifted to a free-to-play model. You can be totally carefree in The Sims 4 as there is no real objective other than to live out the lives of your Sims. You can even play with cheats and mods, if you wish to enhance your experience. The Sims 4 is available on Xbox One, PlayStation 4, and PC.

The game on this list that is probably the most like Animal Crossing is Hokko Life, as even the art style of the game is similar. It was developed by Wonderscope and released after a period of early access in 2022. The interesting thing about Hokko Life that is shared with the Animal Crossing franchise is that the characters you encounter are animal-themed.

The gameplay is nearly identical to an Animal Crossing game, as you run around your land, and meet different characters. You can also fish, mine, farm, and decorate. However, it did receive a mixed critical reception, but if you want what is essentially the full Animal Crossing experience, give it a go. It might be up your alley. Hokko Life is available on Xbox One, PlayStation 4, Nintendo Switch, and PC.

So, if you are a big fan of Animal Crossing, have already put your 500 hours into Animal Crossing: New Horizons, and are looking for something else to play, consider putting these 10 games on your list. Who knows, one of these might end up becoming one of your favorite games of all time.