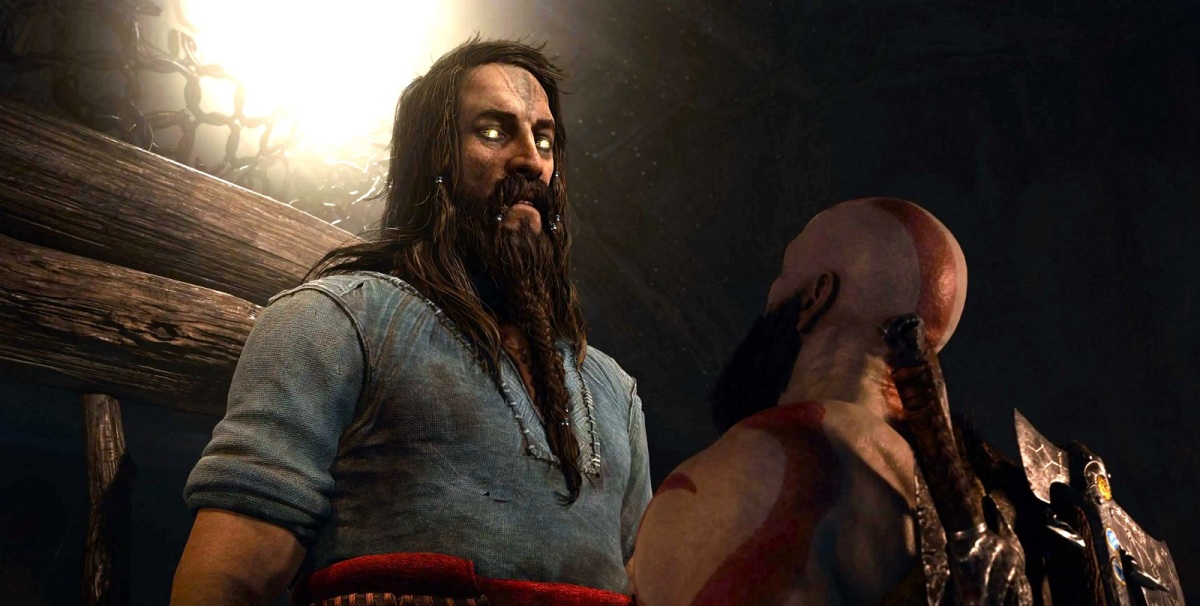 The following article contains spoilers for God of War Ragnarök.

God of War Ragnarök introduces several Gods from Norse mythology who were not seen in 2018’s God of War. Among them are Richard Schiff’s Odin, Scott Porter’s Heimdall, and Ben Prendergast’s Týr. The latter was mentioned all throughout the original game as he is the Norse God of War, and the character you play, Kratos (Christopher Judge), is his Greek counterpart.

If you remember the 2018 game, Týr had disappeared from the Nine Realms, with Atreus (Sunny Suljic), who enjoyed hearing stories about the Norse God of War, desperate to find him. In God of War Ragnarök, Atreus gets his wish and findw Týr. The question still remains: is Týr dead in God of War Ragnarök? Please note we will be discussing spoilers from the game, especially side quests which take place after you beat the main storyline.

Is Týr dead in God of War Ragnarök?

After your journey to Svartalfheim with Atreus relatively early in the game, you find Týr in a prison, guarded by Odin’s Einherjar. Týr emerges, quite tall, and at first, he thinks that his rescue at your hands is a trick. You eventually convince him that it is real and find out that while he has spent his time in Odin’s custody, the God of War has become a pacifist, refusing to help you in fights and refusing to help take part in bringing forth Ragnarök. Kratos brings him back to Sindri’s house in Yggdrasil, the World Tree, and he cooks the group some meals. Throughout the game, he counsels the group not to rush into bringing about Ragnarök, as he does not approve of war. He also accompanies Kratos, Mimir (Alastair Duncan), and Atreus into a Giant Shrine that tells them that Ragnarök will not destroy the Nine Realms, only Asgard. He does not accompany Kratos or Atreus into battle after a certain point, as he constantly warns against fighting. He does, however, repeatedly mention that Atreus is the champion of the Giants, as mentioned in the prophecy.

Throughout the game Atreus ventures back and forth between accompanying his father and hunting for parts of a mask for Odin in Asgard. This is done as an attempt to gain his trust and further his understanding of his place in the world. The last time he does this in the game, Thor (Ryan Hurst) turns on him and Atreus uses an enchantment forged by Sindri (Adam J. Harrington) to abruptly leave the location, with the mask. Once they return to Yggdrasil, Atreus shows the others the mask, when Týr reveals that he has had a secret path into Asgard this entire time. Brok (Robert Craighead) grows suspicious of Týr, as he had taken a dislike to him as soon as he was brought back to Yggdrasil. When Brok knocks the mask out of his hands, Týr stabs Brok, unfortunately killing him. It is then revealed that Týr has been Odin the entire time. Odin manages to escape back to Asgard, and this is just the motivation needed for Kratos to help Atreus bring forth Ragnarök.

Interestingly, Týr is not brought up for the rest of the game. There is no long conversation about whether Týr was really dead the whole time or if Odin had chained him up somewhere else so he could not ruin his ability to spy on Kratos and the others. It is only after the end of the game, in a side favor, do we learn what happened to Týr, the Norse God of War. After the final fight with Odin at the end of the game, and his death at the hands of Sindri, Ragnarök, a form of the God Surtr (Chris Browning), lays waste to Asgard. As a result, fragments of Asgard have been scattered throughout the remaining Realms, each with its own enemies to defeat. At this point, Atreus has gone on his own journey to try and find what remains of the Giants, while Freya (Danielle Bisutti) has become your companion.

Therefore Kratos and Freya can travel the Realms free to finish up any unfinished business, including any side quests you might have missed. When you journey to Helheim, you might notice that a new favor has popped up as a fragment of Asgard has crashed into a prison. To complete the Broken Prison favor, you need to get to the bottom of the prison and clear out all of the enemies. Along the way, you can open some cells to reveal a chest or two and defeat some strong prisoners. In the last cell at the bottom of the prison, with no fanfare, is the real Týr. He does not know who Kratos is or why you might be feeling déjà vu. He also does recognize Freya and they do tell him what happened to Odin and that Ragnarök has occurred. Obviously, a little shaken, Týr takes the time to take a stroll around the various Realms, and learn what has occurred since his imprisonment for himself.

You can actually encounter him if you backtrack through the Realms and have brief conversations with him regarding some of the events of the game. It would have been nice to have encountered Týr before completing a majority of the game so we had more of a reason to seek him out. Still, some of his insights and observations are worth going back to those locations and hearing what he has to say, especially if you want to hear how his opinions differ from Odin’s version of him. As to why Odin kept him alive, Freya does speculate that he might have needed Týr alive to transform into him, as he might not be able to shapeshift as a deceased subject.

In the end, Týr was alive after all, even though you do not actually get to meet him until you have beaten the game. Atreus did not meet him either, as he left for his trip before you could journey back to Helheim. You have to wonder if Týr will factor into a future sequel, or whether they just felt like they needed the actual Týr to turn up in the game after being impersonated for Odin for so much of it. You can play God of War Ragnarök on PlayStation 4 and PlayStation 5 now.