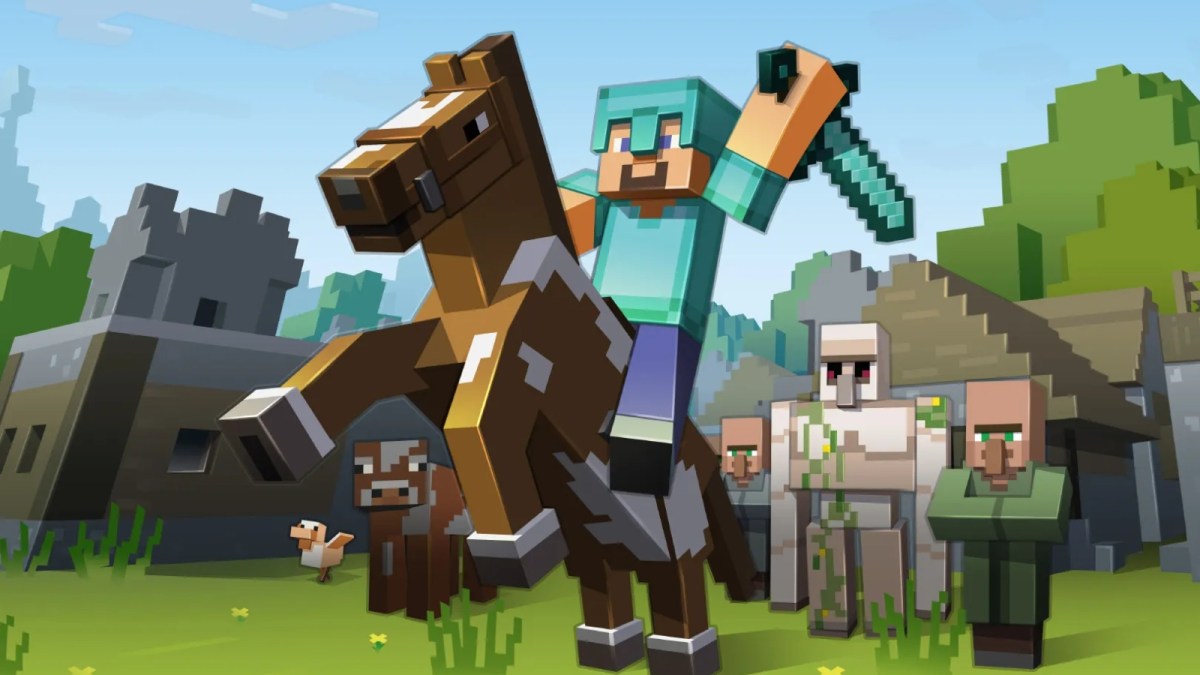 In today’s gaming news Nintendo has announced a new free update for Mario Kart 8 Deluxe, a weird part of Minecraft is now free for everyone to use, the director of Days Gone has fired upon ‘woke’ reviewers for the poor reception of his game, and The Game Awards are airing tonight!

Read about all this and much more in today’s gaming news roundup.

A much-needed update has finally arrived at Mario Kart 8 Deluxe, with the free update being available today. The update in question will let players customize which items they use in their races, choosing not only which items they can use on certain tracks, but if they want to use items in the races at all.

It seems slightly odd that this update has only been released now as the game was released all the way back in 2017, but better late than never.

Of course, this update has come alongside Wave 3 of the Mario Kart 8 Deluxe DLC which includes eight different tracks, Maple Treeway, Rainbow Road, Boo Lake, Berlin Byways, Rock Rock Mountain, London Loop, Peach Gardens, and Merry Mountain. The update is available now for anyone who has purchased the Booster Course Pack, or if you have a subscription to the Nintendo Switch Online Expansion Pack. This is not even the last DLC to come to the game, with plenty more tracks coming down the line.

In what might be the most unfortunate story of the day, the director of Days Gone John Garvin, spoke out as to why he believes Days Gone was reviewed poorly, blaming woke reviewers who did not like the game’s protagonist Deacon St. John. In a now-deleted tweet, which you can find archived here, Garvin had the following to say.

1. it had tech issues like bugs, streaming and frame rate;

2. it had reviewers who couldn’t be bothered to actually play the game

3. And three, it had woke reviewers who couldn’t handle a gruff white biker looking at his date’s ass.”

Of course, this seems weird as many bearded men have been the stars of multiple fantastic games, including God of War and The Last of Us. In his previous tweets, which are also now scrubbed, he threw engineers who worked on the game under the bus, claiming that the only difference between the five points on Metacritic between the game’s PlayStation 4 and PC versions were the bugs in the game. Garvin has since left Bend Studio, the developers of Days Gone and he is now working on a game that utilizes blockchain technology and NFTs.

A part of Minecraft is now free for everyone

In what might be the most wholesome news of the day, a part of Minecraft has been made free and there does not seem to be much that Microsoft can do about it, not that they should want to. Julian Gough wrote The End Poem, the poem that appears after you kill the Ender Dragon in Minecraft. But he has revealed that he never signed over ownership of The End Poem, even though he was pressed to do so. Even now, according to Gough, Microsoft does not own the poem, he does.

So, he announced on a Twitter thread, which you can read above, that he is gifting The End Poem to everybody and making it available for everyone to use for free. The poem is now licensed under Creative Commons, making it available for fans to use as they see fit, as Gough says “like Shakespeare, and the Bible.” This is a nice gift for Minecraft fans, and let’s hope this doesn’t get Gough into any legal trouble.

We are getting a look at Forspoken gameplay tomorrow

PlayStation is releasing an 11-minute video tomorrow showcasing some gameplay from their upcoming game, Forspoken. The video will air on Friday, Dec 9 at 10am PT / 6pm GMT, and this is not the first time we have seen gameplay for the upcoming game. The game was originally slated to be released in May 2022, only to be delayed twice for a new release date of Jan. 14, 2023. Check out the tweet above to tune in for the gameplay if you are interested or excited about Forspoken which is coming to PlayStation 5 and PC.

Ultrakill has introduced an interesting new mod, except there’s a huge but…

Ultrakill has announced a new mod for the game which boasts butt plug support. Yes, you read that right, Ultrakill is bringing vibration to a whole new level with butt plugs fully integrated into the first-person shooter via a mod, and the tweet above goes into further detail. Fan reaction was mixed at best, with some people asking who wanted this, some people being very curious about the integration, and others extremely titillated about the prospect of using the mod themselves. You can read more about Ultrakill and the butt plug integration here.

The Game Awards are here and game announcements might have leaked

The Game Awards will air tonight, celebrating the game industry in 2022. The Game Awards, which Geoff Keighley hosts, are more than just an award show, with Keighley often wrangling up some great announcements and trailers for upcoming games. Ahead of the show tonight a few titles have already been teased and leaked to be at the show as we already mentioned with Star Wars Jedi: Survivor earlier in the week.

Social media has been a major tease in the last couple of days, with the official account for Crash Bandicoot teasing something for today, and Katsuhiro Harada releasing a video on Twitter, which you can see above, teasing a new trailer for Tekken 8. A release date for Diablo IV has also leaked, which we will not reveal here, pointing to the reveal for its release date will happen at The Game Awards, but we will have to wait and see.

Come back tomorrow for our next gaming news roundup, with all the updates from The Game Awards.