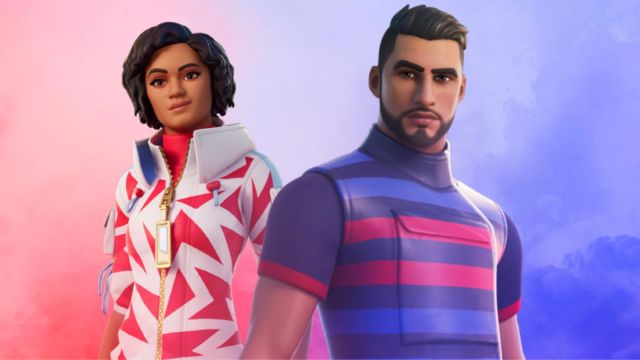 Image via Epic Games
Review of:

This year’s FIFA World Cup championships was met with controversy since LGBTQ+ fans and journalists boycotted the games due to Qatar’s strict laws against homosexuality. And it’s not just the fans; players were told at the very last minutes that they would face sanctions if they wore the “one love” armband during their games. Due to these strict restrictions, people found an interesting workaround through the game Fortnite.

“Let Them Know” is the name of Fortnite‘s 2022 collection, where players were encouraged to “Let them know! Specifically, let the squad know what you’re all about.” Alongside skins, players would also receive new football-themed emotes, bling, and pickaxe. Unlike previous football collections, where it would have official branding, this year was a more independent approach.

Eurogamer reported that Fortnite allowed its players to wear pride-themed clothing. The video game released its football collection around the same time as the World Cup started. These new skins are customizable. You can choose your team’s colors or you could create pride-themed ones. Eurogamer reported they saw someone on the battlefield wearing a customized skin “based on the bisexual flag.” And since this is an independent collection, neither Fortnite nor Epic Games would get into trouble with Qatar or FIFA.

Fortnite made it known that it supported inclusion in its games. Back in September, the game launched its ‘Rainbow Royale 2022’ to celebrate pride and the LGBTQ+ community. While this collection was Fortnite‘s subtle way to show support, it just shows that football unites people of all sexualities and that a single country couldn’t take that away.

The “Let Them Know” challenge will be available in Fortnite until Nov. 27, 2022.